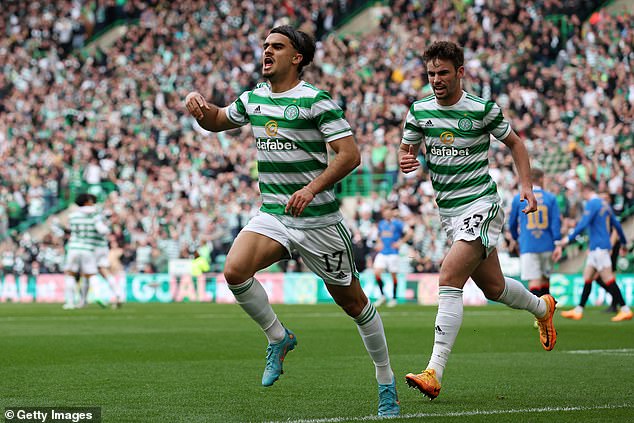 Celtic took a giant step towards clinching the cinch Premiership title with an absorbing 1-1 draw against Old Firm rivals Rangers at Parkhead.

The Light Blues, beaten 1-0 by RB Leipzig in the first leg of their Europa League semi-final in Germany on Thursday night, started positively but in the 20th minute Portuguese attacker Jota volleyed past Gers goalkeeper Allan McGregor from close range.

Striker Fashion Sakala levelled in the 68th minute with a powerful drive but the draw keeps Rangers six points behind the Hoops with only three fixtures remaining – and with Celtic having a superior goal difference of 19 it would take a notable and unlikely turnaround to keep the title at Ibrox. 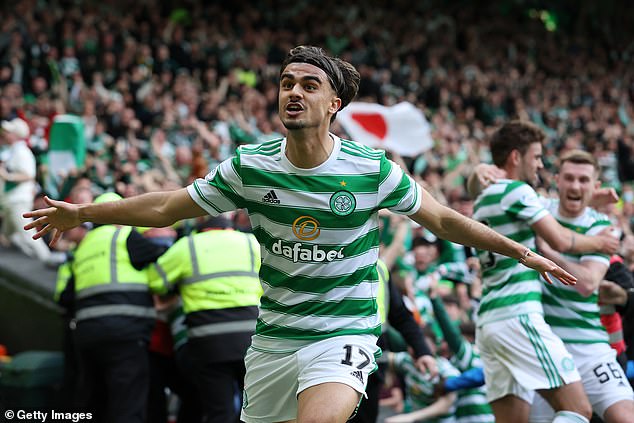 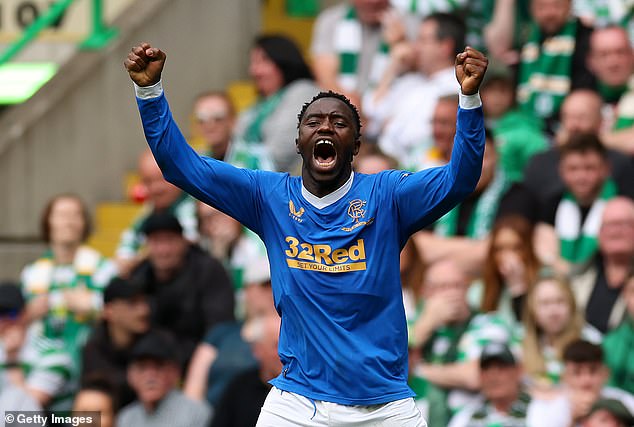 With such an important second leg against the German side looming, and the league title almost a forlorn hope, there had been speculation around Giovanni van Bronckhorst’s team selection – but the Dutchman chose a strong side. 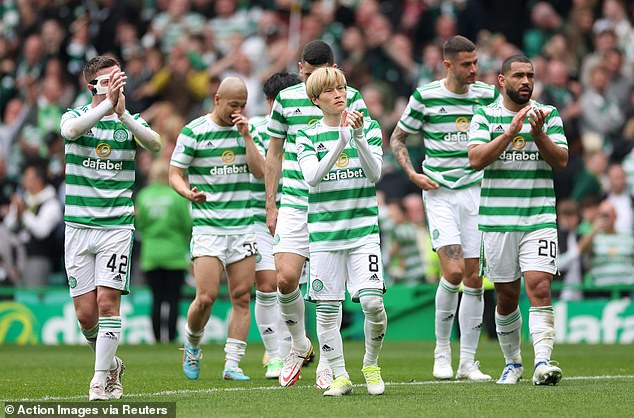 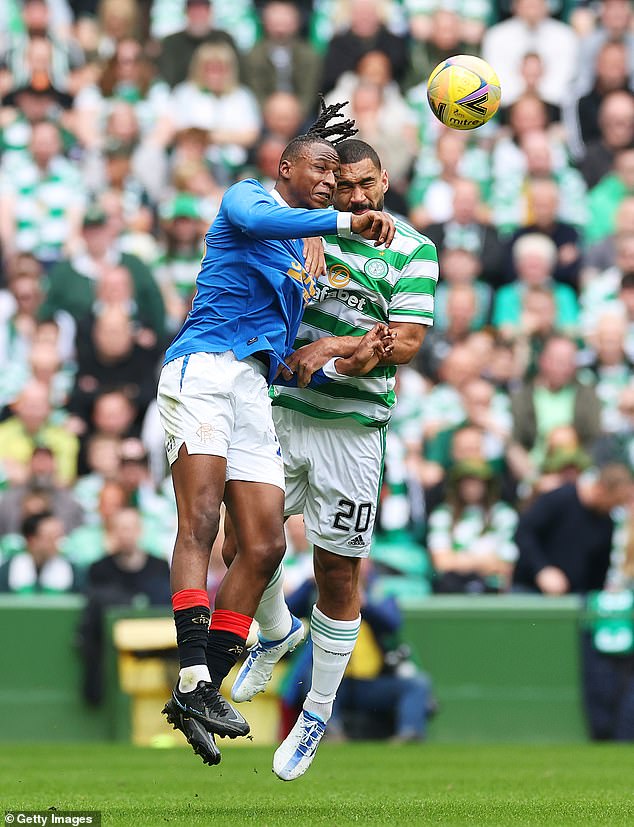 There were only around 700 Rangers fans allowed inside the 60,000-capacity stadium, drowned out by an expectant home support who watched the Ibrox side make the better start.

In the 12th minute Ryan Kent volleyed a cross from captain James Tavernier past the post from 12 yards when he should have at least tested Hoops keeper Joe Hart, who then had to deal with a decent long-range drive from the attacker.

The home crowd vented frustration at their side but that soon turned to cheers when Jota, on loan from Benfica, got away from Gers defender Borna Barisic and knocked in a cross from Daizen Maeda.

In the 31st minute, after Arfield had conceded possession, Jota headed a cross from midfielder Reo Hatate over the bar.

The Govan men worked their way back into the game but Celtic should have added to their lead. 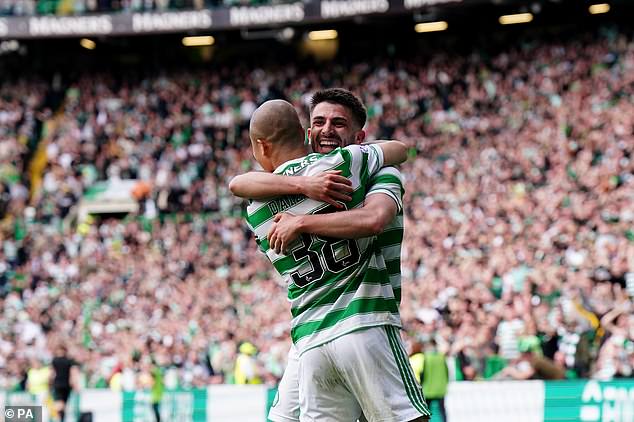 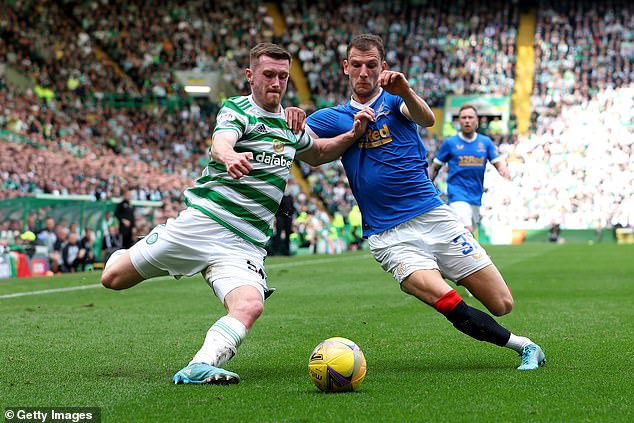 Unmarked Furuhashi, from an offside move, hooked a shot over the bar from a cross from Maeda, who then headed past the post with only McGregor to beat.

Rangers started the second half with promise and defender Connor Goldson blasted over the bar following a James Tavernier corner, before Maeda hastily flashed a shot over, another good chance wasted at the other end.

Postecoglou made a triple substitution on the hour mark with Giakoumakis, Tom Rogic and Nir Bitton replacing Furuhashi, Hatate and Matthew O’Riley.

For Rangers, Davis was replaced by Ryan Jack, with Wright on for Aribo, and four minutes later the visitors were level when Sakala combined with Kent before rifling a low drive past Hart at his near post. 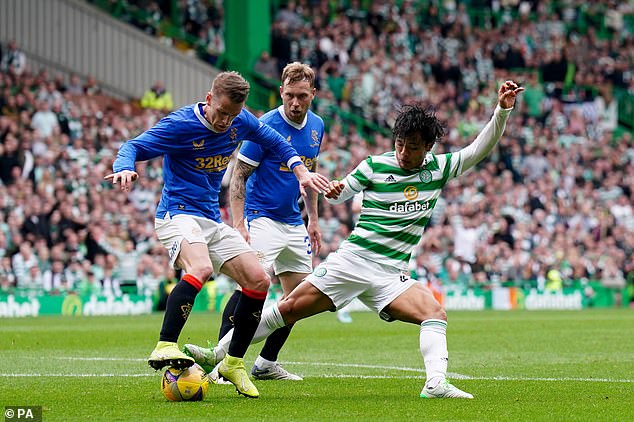 The Celtic keeper perhaps should have done better but he then tipped a powerful drive from the Zambia international over the bar, with Sakala then heading the subsequent corner over.

The game went from end to end at a ferocious pace.

In the 74the minute a Celtic penalty claim when Rogic’s cross struck John Lundstram was ignored by referee John Beaton, before Liel Abada replaced Maeda.

It was a frantic finish with Rangers going all out for the win they needed to keep their slim title hopes alive.

Hart then made a terrific save from Arfield before gathering Jack’s shot from the rebound and then Sakala struck the post after being put through by Arfield.

The Gers midfielder was replaced by Amad Diallo, who was immediately booked for bringing down Abada as he broke on a counter – the Israeli winger then putting the ball in the net with the flag up for offside well beforehand.

The final whistle ended a pulsating encounter, with Celtic all but champions.