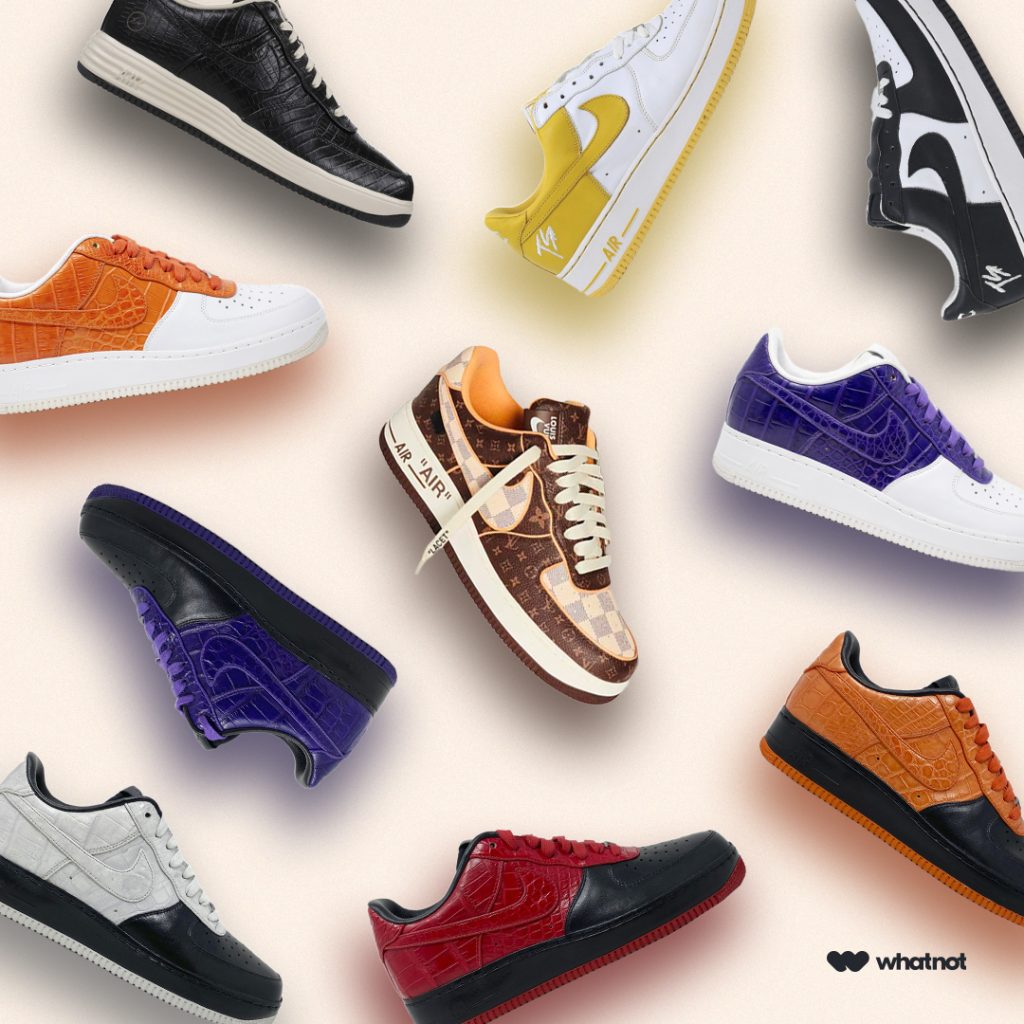 Though many admire Virgil’s Louis Vuitton x Air Force 1 sneaker, most fans rarely get the chance at taking the exclusive shoe home.

Luckily, Fat Joe and Mayor are holding an event on the live stream shopping app WhatNot on Wednesday to auction off Joe’s 11-pair collection of rare Air Force 1s.

In honor of the late Virgil Abloh’s legacy, 100% of the proceeds from the auctions will be donated to his Post Modern Scholarship Fund.

Abloh will also have an exhibition at the NY Brooklyn Museum to celebrate two decades of his work this summer.

Opening on July 1 and on view through Jan. 29, 2023, the exhibition showcases a mix of fashion, large-scale sculpture, immersive spaces, videos and sketches spanning nearly two decades of Abloh’s career.

Abloh, who was 41, died on Nov. 28 after a two-year battle with cancer. He had served as artistic director of Louis Vuitton’s menswear collections since 2018 and led his own streetwear brand Off-White since 2012.

In 2017, Abloh was awarded the Shoe of the Year at the 2017 FN Achievement Awards for the Air Jordan 1 from his “The Ten” collection. In his acceptance speech, the designer said his Nike “The Ten” lineup would not have been possible without his “intern spirit,” an ambitious and driven mindset that helped push him to accomplish new things. And it helped that throughout the process, Nike was game for almost anything, he added.