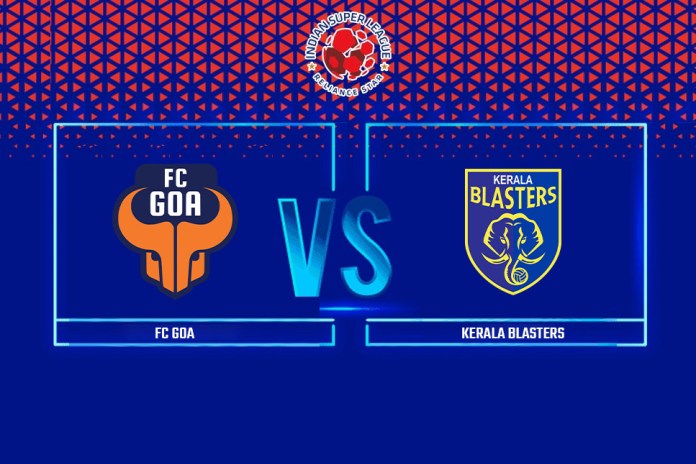 FCG vs KBFC: With destiny in their own hands, Kerala Blasters would want to secure qualification to the semifinals with a win over FC Goa, when the two sides meet in the Hero Indian Super League at the Athletic Stadium in Bambolim on Sunday. Follow all the ISL 2021-22 LIVE Updates only on InsideSport.IN

Kerala are placed fourth in the points table having 33 points, two more than fifth-placed Mumbai whom they beat in a crunch encounter in the last game.

If they win on Sunday, they will qualify as the fourth team to the semifinals irrespective of what Mumbai do against Hyderabad FC on Saturday night. A draw will also be enough for Kerala to advance given their better head-to-head record against the Islanders. Kerala have done a double over the defending champions this season. If Mumbai drop points on Saturday, Kerala will automatically qualify.

This has been nothing short of a stellar season for Kerala, the team from the south winning nine games out of 19 and playing some eye-catching football under head coach Ivan Vukomanovic.

“We cannot calculate anything. We have to fight for points and the approach will be the same. This is how we think and that is the only way to approach the game,” head coach Vukomanovic said.

Summing up the season so far, he said: “We all started working together and since then we have been in the right way. This is just the beginning and the process needs time. It takes time to build. We created some interesting things and the team backed each other. The success we got is the product of the process.”

FC Goa have had a season to forget having picked up only 18 points from their 19 games so far. They are in ninth place and can climb to 8th if they win their final match of the season. This is only the second time that Goa have failed to qualify for the semifinals. Goa had the worst possible start to the season, losing the first three games and only picking up seven points in the first six games under now ATK Mohun Bagan head coach Juan Ferrando.

In the next 15 matches following his departure, they won only twice underlining their plight.

“We want to end on a good note. The focus is more on our game. We want to perform to the best of our abilities and we will do our best,” head coach Derrick Pereira said. “We needed to be more precise in decision making. Individual mistakes have put us down,” he added.

FC Goa and Kerala Blasters have been clashing swords against each other since the inaugural Indian Super League. Both teams have played each other a total of 15 times in the league. Out of which FC Goa have a massive upper hand with nine wins while the Yellow Army has won only three games against the Gaurs. The other three matches ended in stalemates.

The first leg of this fixture this season ended in a 2-2 draw with Jeakson Singh and Adrian Luna scoring for the Blasters whereas Jorge Ortiz and Edu Bedia restore parity for the Gaurs.