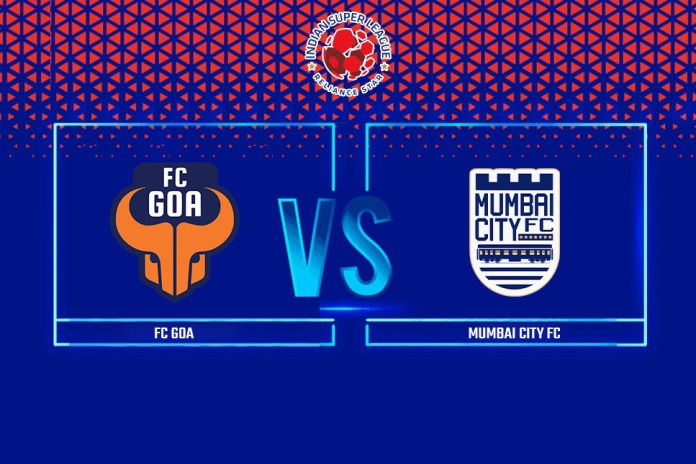 FCG vs MCFC: Mumbai City FC will look to take another step towards ensuring a semifinal spot when they take on FC Goa in the Hero Indian Super League at the Athletic Stadium in Bambolim on Saturday. Follow all the ISL 2021-22 LIVE Updates only on InsideSport.IN

The tie went heavily in favour of Mumbai in the first leg, which was the opening encounter for both teams. Since then, Mumbai and Goa have seen their season take opposite trajectories with the former firmly in the race for a semi spot and the latter out of contention.

Mumbai have 28 points from 17 games and a win will take the defending champions level on points with ATK Mohun Bagan and more importantly stave off Kerala Blasters FC who are fifth having 27 points from 17 matches. Mumbai will take on Kerala in what could be a virtual shootout between the two teams for a place in the semis and on Saturday, Des Buckingham’s wards can start to take the equation in their hands by winning against FC Goa. Mumbai are unbeaten in their last five matches against the Gaurs.

“We have momentum going into the final stretch of the season. We have three games left but it’s very much about focusing on the next game and that is Goa. They have played fantastic football throughout the season. We have come good in the last couple of weeks as well so we need to make sure we continue doing the good work and finish the season where we want,” Buckingham said on the eve of the game.

KBFC vs CFC: With semifinal spot on the line, Kerala Blasters take on Chennaiyin FC in a must win battle

Midfield lynchpin Ahmed Jahouh has been injured for sometime and when asked about his availability, Buckingham said: “He could be available for tomorrow. The decision we have to make on him is for the longer term. We have three games left and also the AFC Champions League. So, we will take the call about him being involved tomorrow after speaking to the medical team. Everybody else is good to go.”

FC Goa have nothing to lose, languishing in ninth spot with 18 points to show for from the same number of games. They lost to league leaders Hyderabad FC in their last fixture and head coach Derrick Pereira would be hoping they can end the season on a high.

“It is always difficult when you have nothing to play for. But inside our team, each player’s performance is very important for the club. We need to keep working hard and keep fighting. The players also need to keep themselves motivated. This is their profession,” said assistant coach Clifford Miranda.

Jorge Ortiz has been the only shining light for Goa in an otherwise underwhelming season. Ortiz has scored eight goals and provided five assists in 14 games. This is also only the second time that Goa have failed to make it to the last four in eight seasons.

FC Goa facing Mumbai City FC in the last few years for obvious reasons have turned into a high voltage game. Nevertheless, both teams have faced each other a total of 19 times in the Indian Super League. But there is nothing to separate the two sides as both the Gaurs and the Islanders have won seven matches each while the other five matches ended in draws.

The first leg of this fixture in the current campaign as Des Buckingham’s men thrashed FC Goa with a 3-0 scoreline early on in the current ISL season.