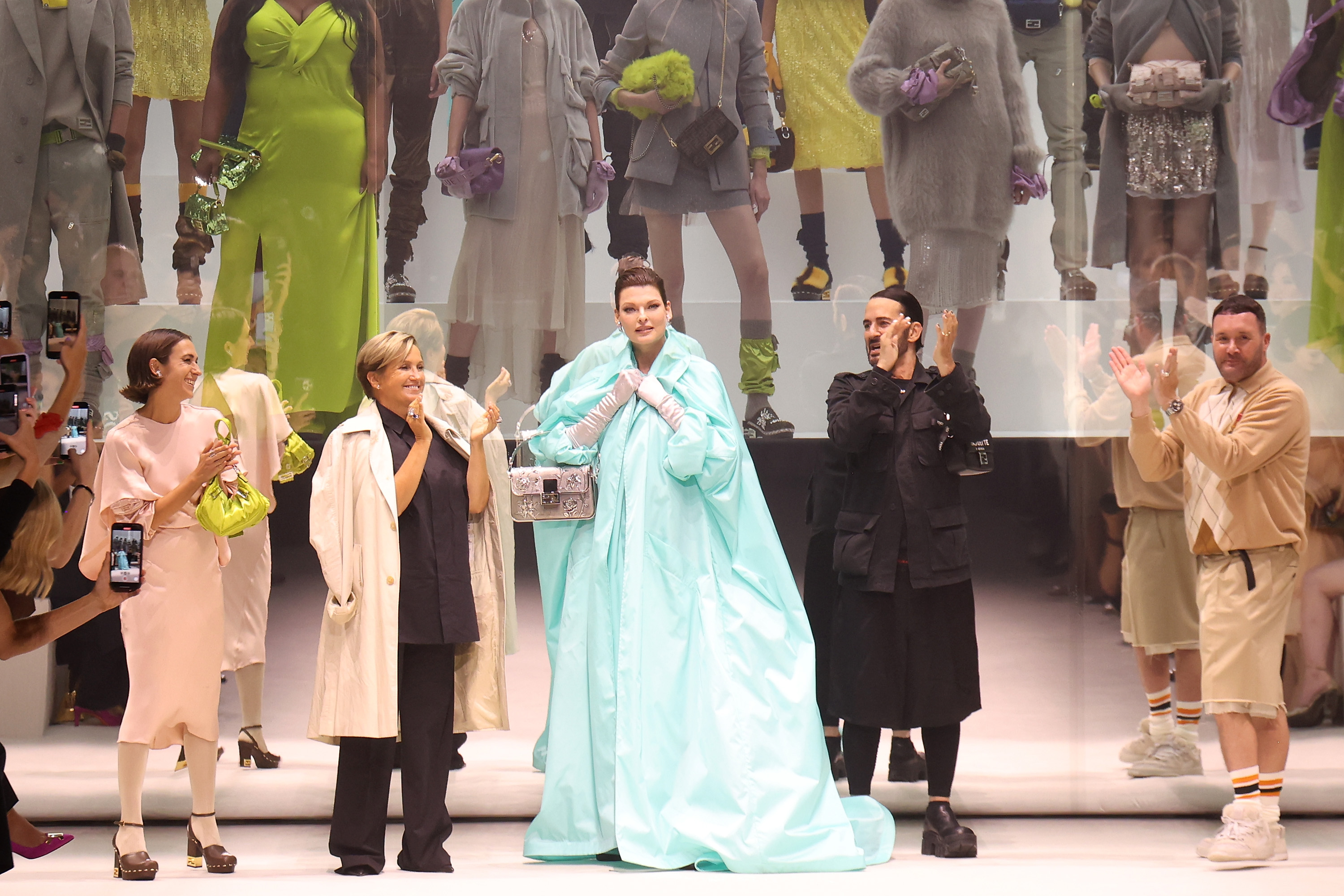 In yet another example that 2022 is the year of the major collab, Fendi unveiled a surprise collaboration with Marc Jacobs at the Italian brand’s New York Fashion Week show celebrating the 25th anniversary of its Baguette bag.

The small capsule debuted at the runway show Friday at Manhattan’s Hammerstein Ballroom as part of a larger collection that paid homage to the brand’s bestselling bag. Other collabs included a remix of the Baguette by way of Tiffany & Co. and its signature robin-egg blue hue along with an iteration by Sarah Jessica Parker (who immortalized the bag in “Sex and the City” and helped to bring back the show’s sparkly style earlier this year).

The project brings together two creative powerhouses: Jacobs and Fendi’s artistic director of womenswear, who previously worked side by side at Louis Vuitton, when the former was creative director of the French luxury brand’s womenswear and the former helmed its menswear category. In an interview announcing the collaboration, Jones told Vogue, “Marc is one of my heroes, the reason I am here,” and called Jacobs the “King of American Fashion.”

The show concluded with Linda Evangelista walking in a Tiffany blue taffeta gown, marking the return of the supermodel to the runway.