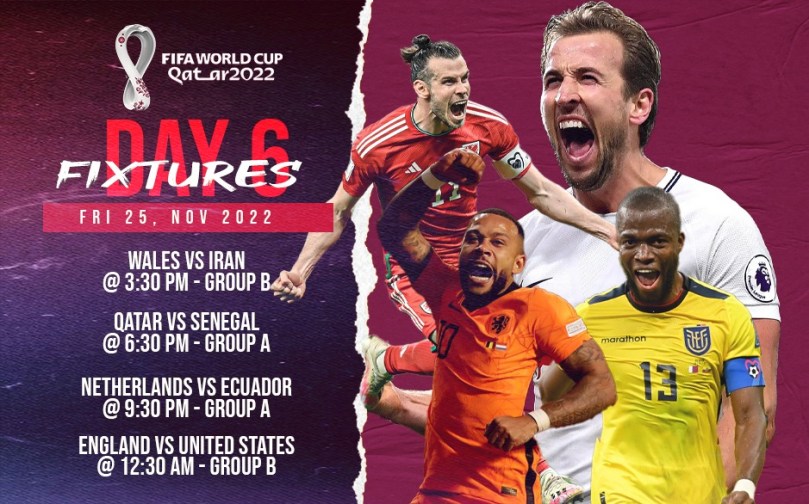 FIFA World Cup 2022 LIVE – Day 6 FIFA Action: Time is flying by, and Last-16 fate of some of the teams in the FIFA World Cup 2022 can be decided on Friday. The action will continue on Friday. At 3:30 p.m. IST, Wales will square off against Iran from Group B. At 7:30 p.m. IST, Qatar hosts Senegal from Group A in the second game. The Netherlands and Ecuador, both undefeated, will look to maintain their winning ways and top Group A when their match kicks-off at 9-30 p.m.  The final match of the day features the Three Lions, led by Harry Kane, taking on the United States at 12:30 AM: Watch FIFA WC LIVE Streaming on JioCinema & FIFA WC Points Table LIVE Updates with InsideSport.IN 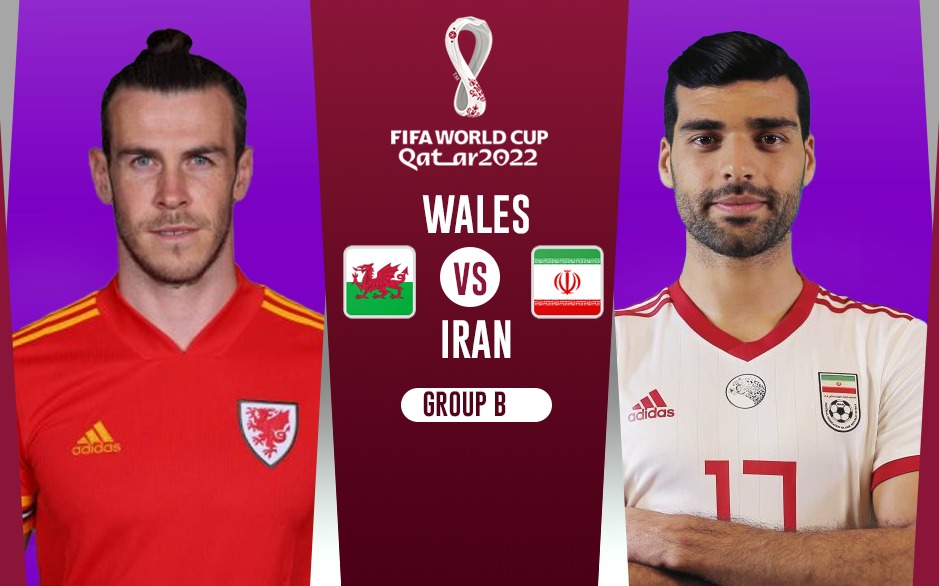 The opening game on Friday comes from Group B and is pecked between Wales and Iran, at the beautiful Ahmad bin Ali Stadium. A drawn match is not the ideal start, but it’s always better than losing the game. Wales came from behind in their opening game against the USA to get that one crucial point against their name in the table. This could come in handy for the Welsh, given how the tournament has panned out in the very first week.

🏴󠁧󠁢󠁷󠁬󠁳󠁿 Wales Away ❤️@Cymru fans in Doha reflect on the 1-1 draw with USA. #ArBenYByd | #FIFAWorldCup | #TogetherStronger

Moving ahead, both Wales and Iran have their destiny in their own hands. Both teams will be desperate for a win. After getting hammered at the hands of England, Iran not only needs a win, but the goal deficit(4) will also be on their minds. However, they can’t afford to be distracted against Wales, who didn’t play to their full potential against the USA but still managed to steal a point.

Wales have not tasted victory in their last six outings. Manager Robert Page’s team needs to come up with a strategy to not only win, but win with a huge difference against Iran. Manager Carlos Queiroz needs to keep his players motivated, or else an encore of their previous match performance should ensure their early exit from the FIFA World Cup 2022.

🏴󠁧󠁢󠁷󠁬󠁳󠁿 As we stand on the brink of history find out how we got here.

📺 Watch The Road to Qatar on RedWall+. 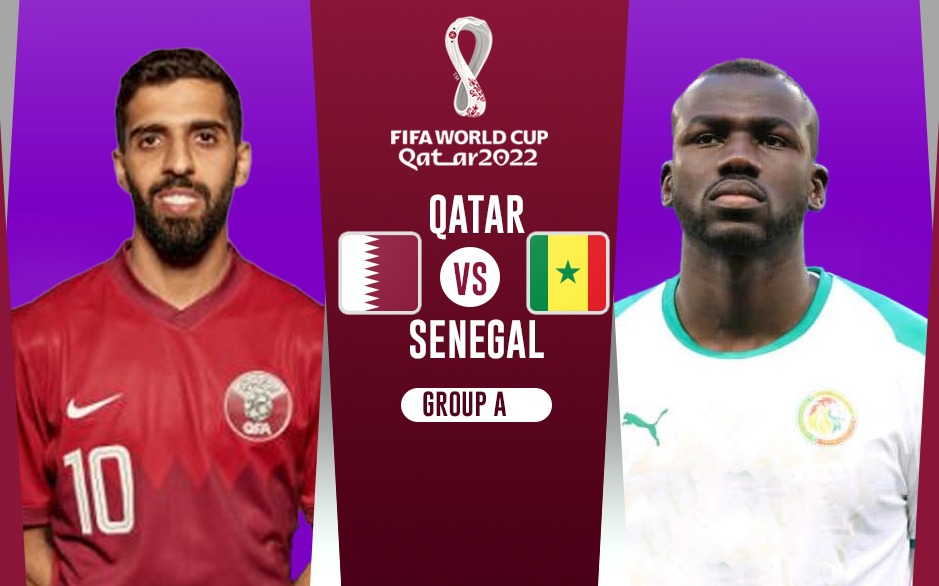 In the second encounter for  Friday, two winless sides from Group A – Qatar and Senegal lock horns at the Al Thumama Stadium. This is a crucial second encounter for both sides and, irrelevantly, a must-win to stay alive in the competition. The hosts Qatar are in action after a gap of close to a week. They lost to Ecuador 2-0 in the tournament opener last Friday. This time they face Senegal, who are also coming off a 2-0 defeat against the Netherlands.

Qatar let themselves down against Ecuador, but can ill-afford to slip once again on Friday. The Maroons will have to get their act together, as they will look to prove that they are a better team than the one that turned up last week. Qatar looked nervous, and they have very little time left in their hands to recover.

The good news for Qatar is that Senegal too is suffering from the same fate, like theirs. The Lions of Teranga looked clueless against the Netherlands. A team that banks on playing an attacking brand of football looked defensive against the men in orange. They need inspiration from somewhere, and their star player Sadio Mane’s absence has also hurt their confidence. All said and done, manager Aliou Cisse needs to form a strategy to breach Qatar’s defense and get those crucial three points on the table. 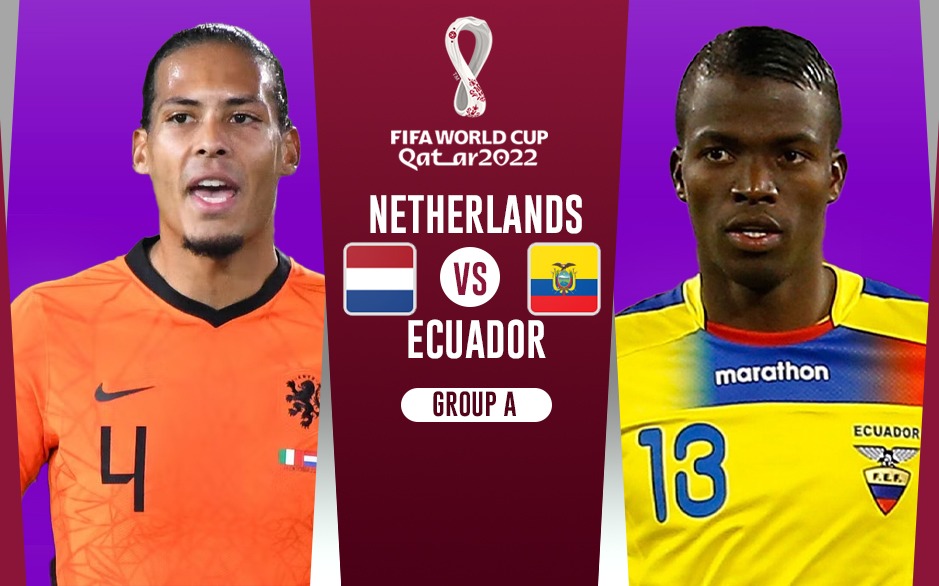 The third match on Fantastic Friday is between two undefeated sides – Netherlands and Ecuador from Group A. The match will be played at the Khalifa International Stadium. Both the teams will look to make it two wins and continue their unbeaten run in the tournament. Netherlands outclassed Senegal 2-0 last Monday, while Ecuador defeated Qatar with the same margin in the Group A opener.

A winning start for the Netherlands! 🍊@adidasfootball | #FIFAWorldCup

Manager Louis van Gaal had his anxious moments against Senegal, but the team played better football in the second half to seal three points. Holland has always punched above its weight in World Cup events. Though they failed to qualify for the 2018 edition, the previous two editions resulted in a runner-up and third-place finish.

Should they win on Friday, the Netherlands will take a solid step towards making it to the playoffs. However, the men in orange won’t be looking too far ahead, especially with talented Ecuadorians at their disposal.

For Ecuador, the equation is similar to that of their opponents on Friday. Win their next two matches and sail into the playoffs. For the record, Ecuador has never defeated the Netherlands, having played them twice in the past, losing one and drawing the other. As they say, records are meant to be rewritten, and Friday should be a good day for Ecuador to stun the Netherlands. The match is expected to be a tough one. 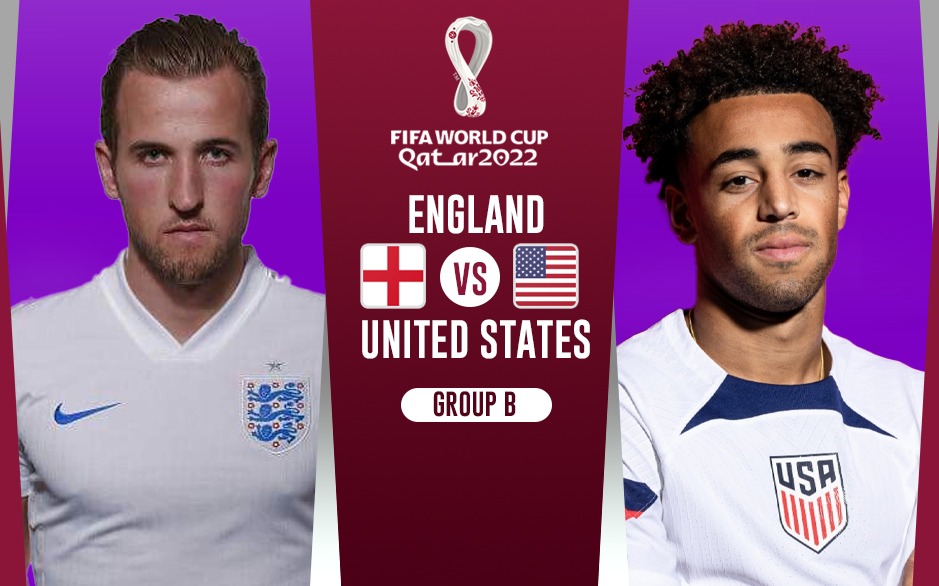 The last match on Friday evening is a Group B fixture between England and the United States, and it comes from the Al Bayt Stadium in Al Khor. Buoyed after their thumping 6-2 victory over Iran in their opening game, England will look to perch themselves at the top of Group B on Friday.

After registering their biggest-ever win in the FIFA World Cup opening game in history, the Three Lions will look to demolish the United States. In terms of attack, the Three Lions played a perfect game. However, manager Gareth Southgate looked fed up with his team conceding two goals in the second half. He will be expecting England’s defense to stay vigilant against a full-throttle USA outfit.

The Stars and Stripes were held to a 1-1 draw in their opening Group B encounter. A loss to England will, in all likelihood, end their dreams of making it to the playoffs. A drawn match will keep the USA’s hopes alive with one match to go. Stopping England from winning will be tough for the US.

England has won 8 out of the last 11 meetings against the United States and scored 39 goals across all competitions. A win on Friday at midnight should see England inch one step closer to the knockout stages with a match up their sleeves.

Time to unite. Time to write a new chapter. pic.twitter.com/ahjmgY60jL

FIFA WC LIVE Streaming: Broadcasters Viacom18 shifted the coverage from Voot to Jio Cinema in the build-up to the tournament. The new arrangement has come into existence post the start of the FIFA World Cup 2022.