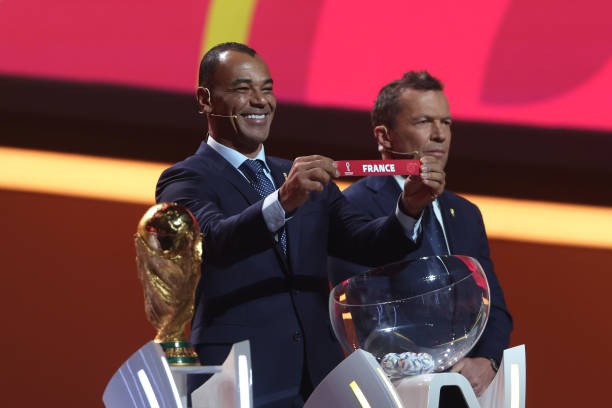 FIFA World Cup Draws LIVE – FIFA WC Draws LIVE: The World Cup Final draw has ended and we have exciting and mouth-watering fixtures to watch out for. Check out all the Group of Death and the full list of Group A to H as we gear up for the FIFA World Cup in November. The playoffs for the final three spots will take place in June. Follow InsideSport.IN for the latest FIFA World Cup updates & Check Qualified Teams FIFA WC

The #FIFAWorldCup groups are set 🤩

🇧🇷 Brazil are drawn first in Group G! They have been drawn in spot G1

10:18 PM – Qatar will be going to Group A since they are the hosts of th4 competition.

10:08 PM – Brazilian legend Cafu, Jay-Jay Okocha, Lothar Mattheus, Ali Daei and many other legends are presented on the stage

10:02 PM – Didier Deschamps arrives on stage with the trophy

9:57 PM – A tribute is payed to all the Greatest Footballers who are no longer with us.

9:50 PM – FIFA President Gianni Infantino is on stage as he speaks to the audience before the draw takes place.

9:46 PM – The single Hayya Hayya from the FIFA World Cup Qatar 2022 album is being performed on stage.

9:44 PM – The hosts have arrived Idris Elba and Reshmin Choudhury

He’s come from the mascot-verse full of energy and is ready to bring the joy of football to everyone!

9:47 PM – The host for the draw and famous Marvel actor Idris Elba has arrives

9:42 PM – Two legends of the game, Brazil’s Kaka and the Italian Maestro Pirlo

How FIFA WC Draws Ceremony will work? The qualified teams will be placed in four seeding pots, all decided by the new FIFA world rankings list – Check Latest FIFA Rankings

What are the pots?

FIFA WC Draws LIVE: How does it work with teams who have not qualified as yet?

Introducing Al Rihla, the #OfficialMatchBall of the 2022 #WorldCup