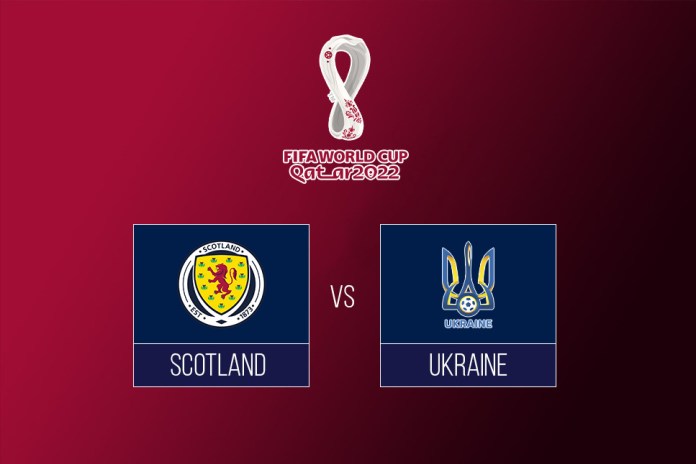 The UEFA play-off winner has been placed in Group B for the World Cup, alongside England, USA and Iran. Scotland will face Ukraine in their World Cup play-off semi-final at Hampden Park on Wednesday, 1 June.

The game was supposed to be played in March alongside the other semi-finals, but was postponed indefinitely following Russia’s military invasion of Ukraine.

Talks have been held between the two nations, FIFA and UEFA to work out a suitable date for the fixture to be played, and Scotland have now confirmed their date with Ukraine on 1 June.

“Firstly, it will be great to be able to welcome to Ukraine to Hampden Park in June,” said Scotland FA chief executive Ian Maxwell. “While, understandably, there will be two sets of competitive players who are committed to taking another step closer to World Cup qualification, we also understand and appreciate the wider context in which the match will take place.

“We have been consistent throughout that postponing the original tie was the right and only thing to do and look forward to hosting Ukraine at Hampden Park in June.”

The winner of the game will butt heads with Wales in Cardiff in 5 June, with the victor sealing a spot at the 2022 World Cup finals in Qatar. On the line is a spot in Group B, where either Scotland, Wales or Ukraine will meet England, Iran and the United States at this winter’s showpiece.