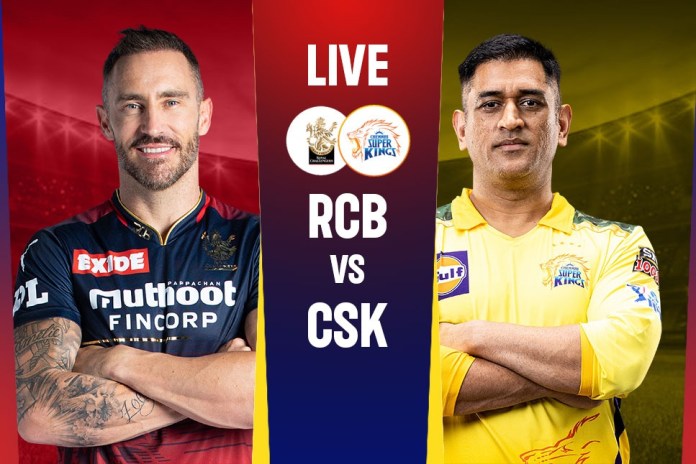 RCB vs CSK LIVE streaming: RCB’s Faf du Plessis faces litmus TEST- Royal Challengers Bangalore captain and ex-CSK champion Faf du Plessis will have a big job on his hands on Wednesday. In one of the most riveting battles of IPL 2022, RCB will once again square off against CSK after losing the previous battle making it a hat-trick of losses to defending champions. Now, du Plessis has an even bigger battle as Dhoni is back at the helm of Chennai Super Kings. Follow all the IPL 2022 live updates on InsideSport.IN 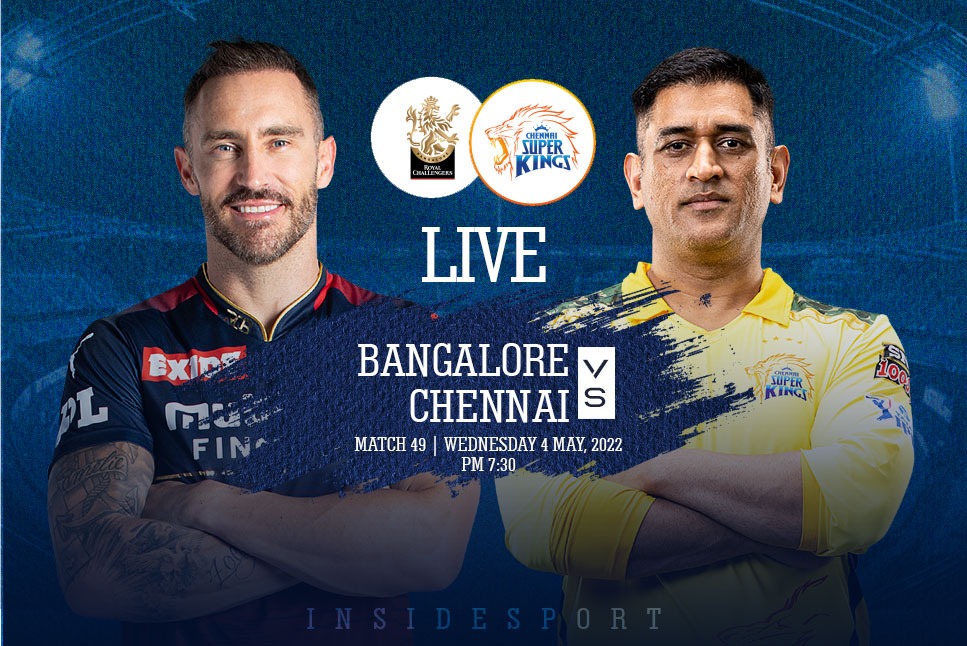 Royal Challengers Bangalore (5th, 10 Points): Faf du Plessis’ Royal Challengers Bangalore (RCB) have registered 5 wins in 10 matches. However, the three-time finalists have hit a rut with three consecutive losses, the latest coming in the last over against Gujarat Titans. The franchise have made life difficult for themselves and will hope that result go their way in the latter half of the tournament.

Chennai Super Kings (9th, 6 Points): MS Dhoni returned to captaincy after Ravindra Jadeja stepped down. The change in the helm helped as CSK returned to winning ways with a 13-run victory over Sunrisers Hyderabad on Sunday. Now, CSK will have to win all remaining five games and hope everything else goes their way to keep their faint hope alive.

In cricket, when two strong and equally performing teams have a match-up, it promises a great contest but when two sides with specific weak-links are pitted against each other it makes the contest all the more exhilarating.

What makes RCB vs CSK clash interesting on Wednesday? The match also becomes an enticing one as Virat Kohli has finally found some form going his way and Mahendra Singh Dhoni is back in the saddle and would do everything under his control to plot the downfall of India’s best batter.

Dhoni’s return as CSK skipper replacing an out-of-sorts and more so bereft of ideas Ravindra Jadeja, proved beneficial as they outscored a formidable Sunrisers Hyderabad, keeping their campaign alive with six points from nine games.

While RCB are still on fifth place with 10 points from as many games, they seemed to have lost a bit of momentum with three back-to-back defeats primarily due to shoddy batting shows.

Virat Kohli key to RCB batting- RCB have been all-out for season’s lowest score –68 — and have also failed to chase a modest target of 145 in another game. Even in their last game versus Gujarat Titans, Kohli’s 58 off 53 balls was one of the reasons that RCB failed to score more than 170, which was below-par on a good batting track.

In Kohli (186 runs in 10 games) and skipper Du Plessis (278 from 9 games), RCB have one of the scariest of opening pairs but it hasn’t really translated into big performances. In case of Kohli, his form of late has been so bad that one can’t really blame him for taking his time to score runs. However, nearly nine of the 20 overs consumed for 58 runs will never be considered as a performance that can help the team.

Glenn Maxwell & Dinesh Karthik – Young Rajat Patidar, after a below-par last season, has shown some spark but the likes of Dinesh Karthik (218 from 10 games) and Glenn Maxwell (157 from 7 games) perhaps will need to do more than what they are currently contributing. Especially Karthik, whose form has tapered since he closed in a few chases earlier in the tournament.

On Wednesday, RCB will face a bowling line-up which isn’t an intimidating one with rookie Choudhary or Simarjeet Singh, still trying to find feet in an elite league and the most experienced spinner Ravindra Jadeja having completely lost form due to the leadership burden, which he was forced to relinquish.

In such a backdrop, whoever wins will only add to the ‘mid-table muddle’ as most teams between six to 10 points are clubbed together making it an interesting next four weeks.