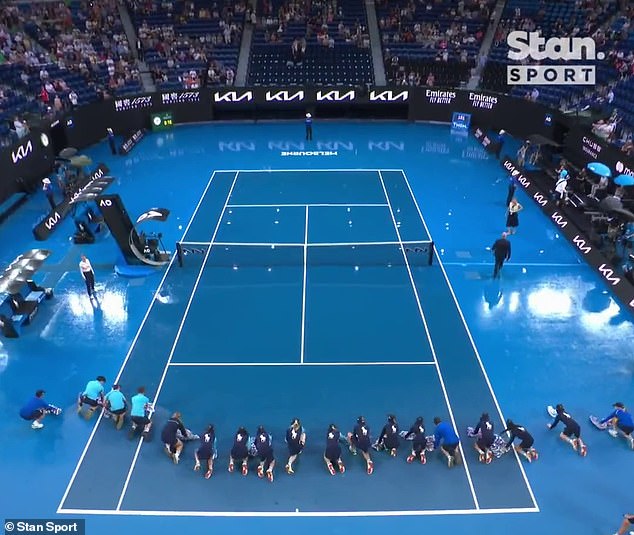 Crazy footage of Australian Open ball kids drying the court by hand leaves fans stunned: ‘This is the height of modern technology?’

Footage of ball kids at the Australian Open hand-drying the court has left scores of tennis fans stunned.

As the roof was closing, the ball kids were out in force, frantically drying the  hardcourt surface.

The scenes prompted those in commentary to suggest a better solution for future tournaments which ‘isn’t so labour intensive.’

Given the ball kids are volunteers, the social media reaction was severe. 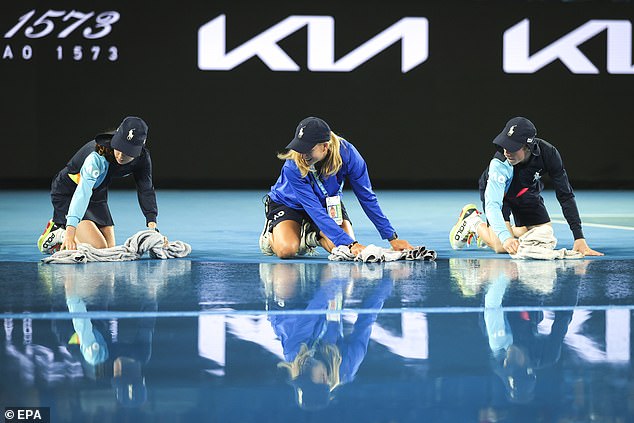 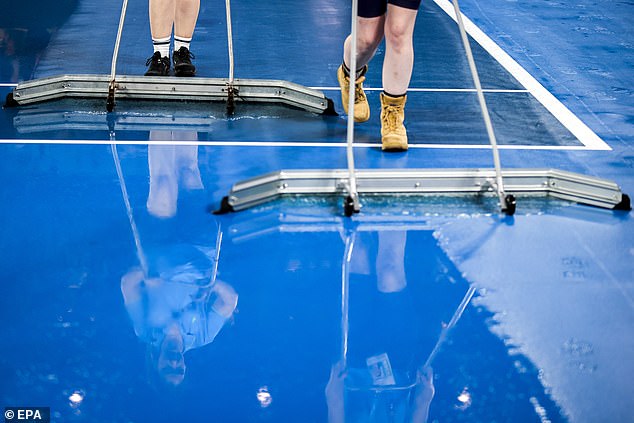 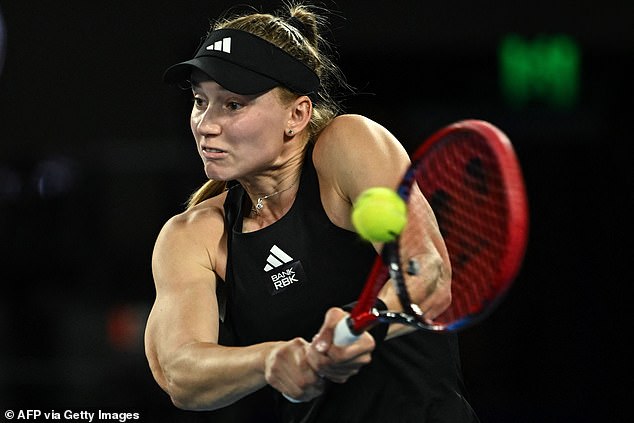 Fresh from beating no.1 seed Iga Świątek in the round of 16, Wimbledon champion Elena Rybakinba outclassed Ostapenko in straight sets to move through to the semi-finals

‘Unpaid labour,’ one tweeted, with another asking pointing out ‘the organisers of the Arthur Ashe Stadium (at the US Open) have mechanised machines to dry courts efficiently….they do not use slave labour.’

With the roof eventually closed due to the inclement weather at Melbourne Park, 22nd seed Rybakina continued her giant-killing run.

Fresh from beating no.1 seed Iga Świątek in the round of 16, the Wimbledon champion last year outclassed Ostapenko in straight sets.

It was an ominous performance, and the 23-year-old is firming to win her second career Grand Slam.

Rybakina’s semi-final opponent on Australia Day is yet to be determined.