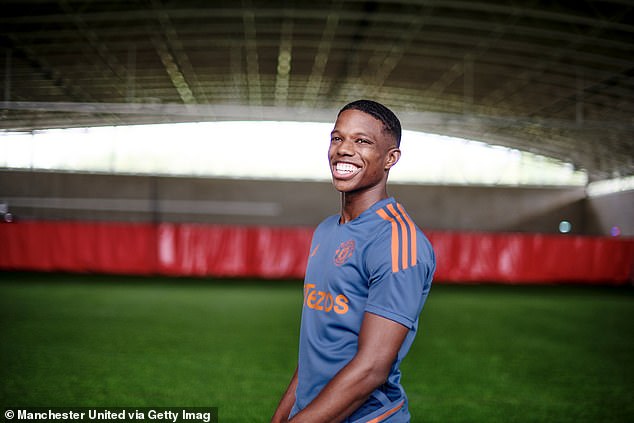 First footage of Tyrell Malacia in Manchester United training causes huge excitement among fans as new £14.6m signing ‘runs rings’ around team-mates… and many call for Luke Shaw and Alex Telles to be dropped for him already!

Tyrell Malacia has impressed Manchester United fans after footage of the left-back in training emerged, with some claiming he has ‘run rings’ around his new team-mates.

The 22-year-old Dutchman signed from Feyenoord earlier this week for £14.6million and is already making an impact under Erik Ten Hag.

In a video posted on Twitter by the club, Malacia, who appeared to be heading to Lyon before United gazumped the French club, shows off some sharp passing and movement in a rondo drill as he trained with the rest of the United squad.

It had fans questioning the standing of other left-backs at the club, with one fan praising Malacia as ’10x better than [Alex] Telles’.

‘Look how slow Telles was in that rondo lmao,’ tweeted one fan, while another called the Brazilian left-back an ‘absolute spanner’ with ‘no critical thinking’.

England’s Luke Shaw didn’t escape criticism either. In response to the short clip, one supporter said: ‘I’ve seen enough to say that [Malacia is] displacing Shaw this season.’

One fan told 26-year-old Shaw to ‘please take note’ from Malacia, as ‘this is what a modern day multifunctional LB should look like….on point, on his toes!’

Some supporters instead focused on the team as whole, commenting on how the new signing managed to ‘run rings round lads that have been there for years’. 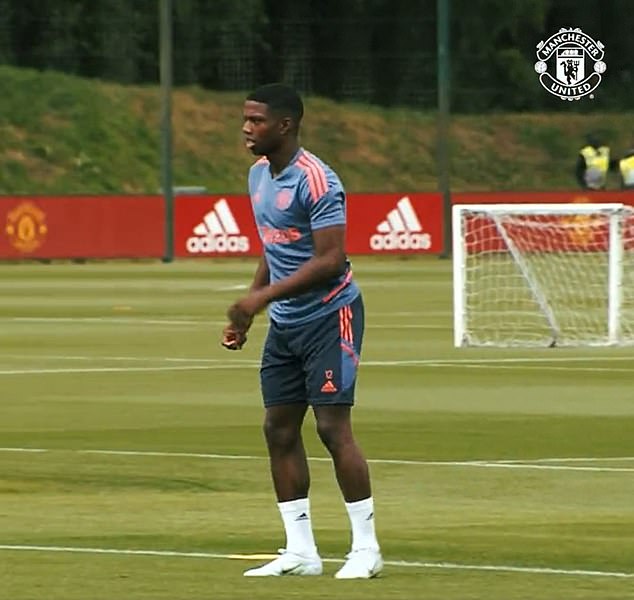 As promising a signing as Malacia is, United fans may still be worried at their lack of recruitment in other areas.

Ten Hag is yet to secure Frenkie de Jong to bolster his midfield, and they may need to find a striker after Cristiano Ronaldo told the club he wanted to leave should they receive a suitable offer for him.

The impending arrival of Christian Eriksen will have raised spirits but there are still concerns over the striker, centre back and defensive midfield positions.

United are also pursuing a deal for Ajax centre-back Lisandro Martinez and have made a bid to the Dutch club for Brazilian winger Antony.