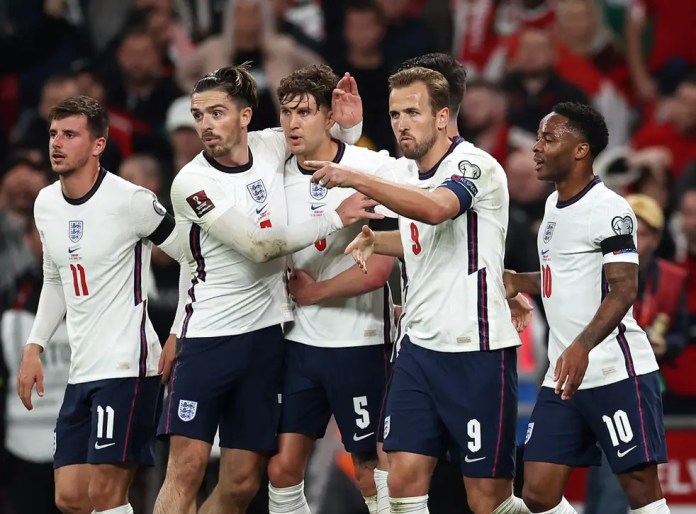 Football International Friendlies: England 25-man squad – England have named their squad for the upcoming friendlies against Switzerland and Côte d’Ivoire. The Three Lions side will stay at Wembley for the double-header, with the Swiss coming to north London on March 26 and the west African nation on March 29. Gareth Southgate has brought in a few new faces to the group with one eye on the World Cup at the end of the year. Manchester United’s Marcus Rashford and Jadon Sancho miss out from the team. Follow InsideSport.IN for the latest sports news and updates.

Crystal Palace center-back Marc Guehi has been called up for the first time after impressing this season for the south London side. Marcus Rashford misses out after a poor start to the year but it’s an otherwise familiar looking England squad with the likes of Raheem Sterling, Harry Kane and Jordan Henderson all in.

Here it is… your #ThreeLions squad for March! 🦁

“England will face Switzerland and Cote D’Ivoire in March with a 25-man squad, after manager Gareth Southgate made his pick on Thursday afternoon. The Three Lions kick-off 2022 with an international double-header at Wembley Stadium connected by EE, starting with a sold-out Alzheimer’s Society International against Switzerland on Saturday 26 March.

And our first ever senior international against Cote D’Ivoire will take place three days later on Tuesday 29 March as England continue their preparations for what will be a big year including a new UEFA Nations League campaign in June before the FIFA 2022 World Cup in Qatar in November and December.

Among the squad, there’s a first senior call-up for Crystal Palace defender Marc Guehi who had previously captained the MU21s earlier this season and was ironically born in the Ivorian capital of Abidjan before moving with his family to England as a baby.

His Palace teammate Conor Gallagher also retains his spot in the group, having joined the seniors from the MU21s during November’s international window and going on to make his debut in the win over San Marino. There are also recalls to the squad for Arsenal’s Ben White and Burnley’s Nick Pope.

Southgate and his squad will reunite at St. George’s Park following this weekend’s domestic games to begin their preparations and the manager will be speaking to the media about his selections from 2pm GMT, so you can watch his press conference below.