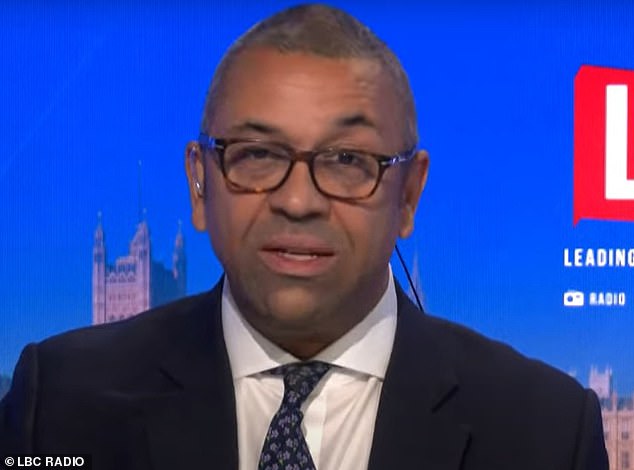 With 25 days until the tournament kicks off in the Gulf state, concerns remain over how LGBT+ fans will be treated in the Islamic country.

Homosexual behaviour is illegal in Qatar, while there are also strict laws on alcohol, drugs, public intimacy, relationships outside marriage, dress codes and swearing.

Veteran campaigner Peter Tatchell was stopped from staging the first ever LGBT+ protest in the country yesterday.

Mr Cleverly this morning said Qatari authorities know they will have to make ‘some compromises’ when football fans from across the globe begin arriving next month.

But he also urged LGBT+ fans to ‘flex and compromise’ in comments that were promptly branded ‘shockingly tone deaf’ by Labour.

Lineker, who is expected to front the BBC’s coverage of the World Cup, queried Mr Cleverly’s remarks.

He posted on Twitter: ‘Whatever you do, don’t do anything gay. Is that the message?’

Mr Tatchell, who claimed he was arrested by Qatari authorities after his attempted protest, also hit back at the Foreign Secretary’s comments.

He demanded the Government ‘use its public voice to condemn the appalling human rights abuses’ of the Gulf state.

As well as his comments about gay football supporters, the Foreign Secretary – who was yesterday re-appointed to the role during new Prime Minister Rishi Sunak’s Cabinet reshuffle – took a swipe at Labour leader Sir Keir Starmer.

Sir Keir this week said he would not travel to Qatar for the World Cup, even if England reached the final.

But Mr Cleverly revealed he would go to the Middle East if he’s able to.

‘As Leader of the Opposition, he’s in a lovely position to send messages. I’ve got real work to do,’ the Foreign Secretary said of Sir Keir, during an interview with LBC Radio. 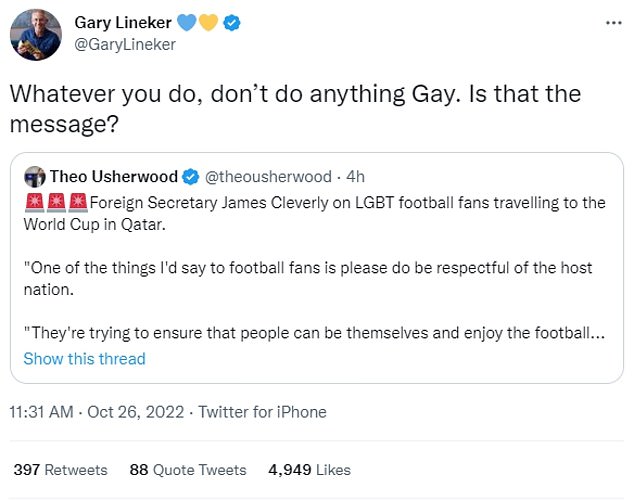 Gary Lineker, who is expected to front the BBC’s coverage of the World Cup, queried Mr Cleverly’s remarks 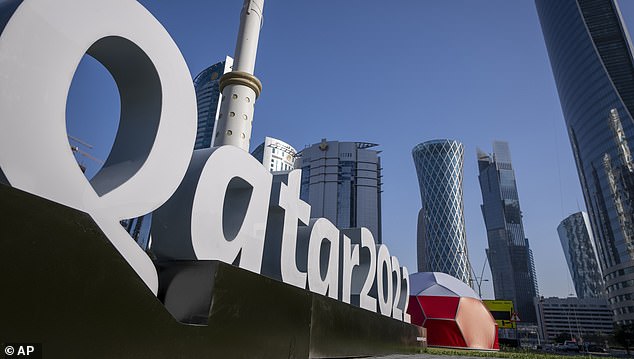 Homosexual behaviour is illegal in Qatar, while there are also strict laws on alcohol, drugs, public intimacy, relationships outside marriage, dress code and swearing 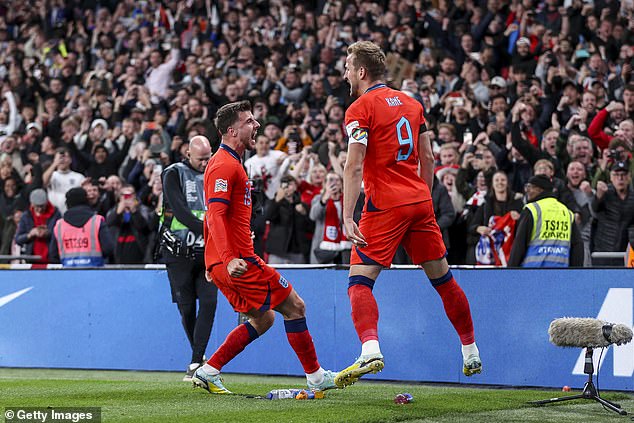 ‘My understanding is he was questioned, he was supported by the FCDO’s consular team,’ the Foreign Secretary said.

‘I have spoken to the Qatari authorities in the past about gay football fans going to watch the World Cup and how they will treat our fans and international fans.

‘They want to make sure that football fans are safe, secure and enjoy themselves.

‘They know that means they are going to have to make some compromises in terms of what is an Islamic country with a very different set of cultural norms to our own.

‘One of the things I would say to football fans is please do be respectful of the host nation.

‘They will try, they are trying, to ensure that people can be themselves and enjoy the football.

‘And I think with a little bit of flex and compromise at both ends it can be a safe, secure and exciting World Cup.’ 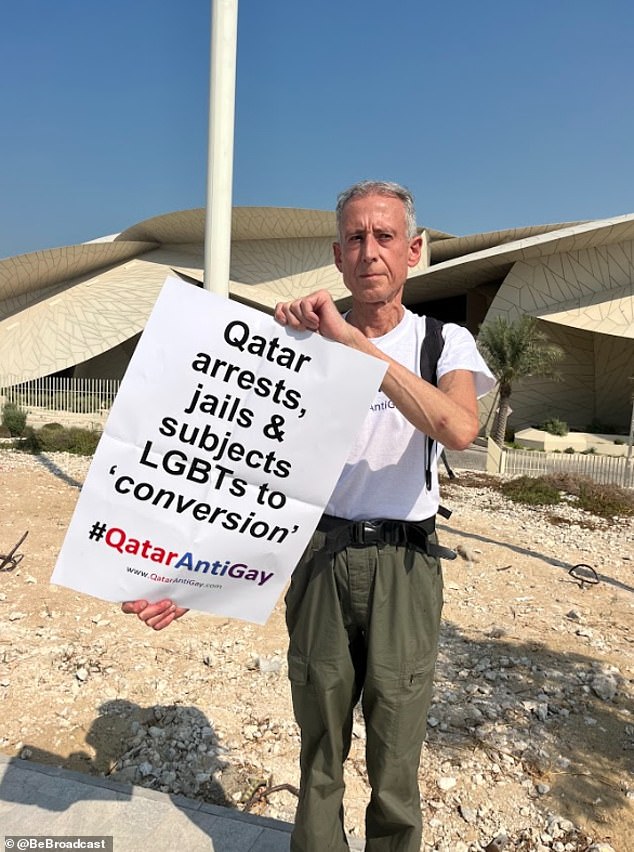 Asked if he would attend the tournament, Mr Cleverly revealed he’d had to rearrange his diary because of this week’s Cabinet reshuffle.

‘One of the first duties of the Foreign Office is protecting British nationals when they travel overseas.’

Lineker’s tweet about Mr Cleverly comes less than two weeks after the BBC found he had breached its impartiality rules over a tweet he made in February about the Conservative Party having ‘Russian donors’.

The Match of the Day host shared an article about Liz Truss, then foreign secretary, urging Premier League teams to boycott the Champions League final in Russia, with the comment: ‘And her party will hand back their donations from Russian donors?’

He also recently said he hoped a Premier League player comes out as gay during the World Cup to send a strong message to Qatar.

Responding to Mr Cleverly’s comments this morning, Labour’s shadow culture secretary Lucy Powell said: ‘This is shockingly tone deaf from James Cleverly. Sport should be open to all.

‘Many fans will feel they can’t attend this tournament to cheer on their team because of Qatar’s record on human, workers, and LGBT+ rights.

‘The Government should be challenging FIFA on how they’ve put fans in this position, and ensuring the full safety of all fans attending, not defending discriminatory values.’

Mr Tatchell said in a statement: ‘We had great consular service after our protest. The UK Government must use its public voice to condemn the appalling human rights abuses carried out daily by the Qatari regime.

‘Unless we all speak out, Qatar will have achieved its goal of sports-washing its appalling reputation during the World Cup.

‘Mr Cleverly has an opportunity to highlight the abuses being carried out by the regime.

‘All fans, not just LGBTs, should boycott the World Cup and use their social media to amplify the shocking human rights abuses by the Qatari state.

‘Going to the World Cup is colluding with a homophobic, sexist and racist regime.’