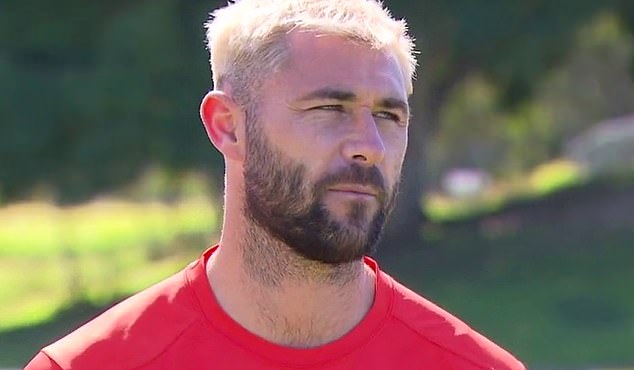 Former English Premier League striker Charlie Austin has settled in well after signing with Brisbane Roar ahead of the A-League season – but he’s not fond of some iconic Australian food and drink.

Austin, 33, who at his peak was on the books of Queens Park Rangers, Southampton and West Bromwich Albion, will look to hit the ground running in his first game with the Aussie side.

He will get his start in the Roar’s round of 16 clash versus Avondale FC in the Australia Cup on Wednesday night.

Adding to his motivation is the fact Austin’s family are due to arrive from London – but he will be in Melbourne with his new teammates for the match.

‘It has been six weeks since I’ve seen the kids and four (weeks) since the wife,’ the larrikin goal poacher told 9 News Queensland.

‘It will be good to see them when I’m back, I’m buzzing to see them (on Thursday), but first I have a job to do.’ 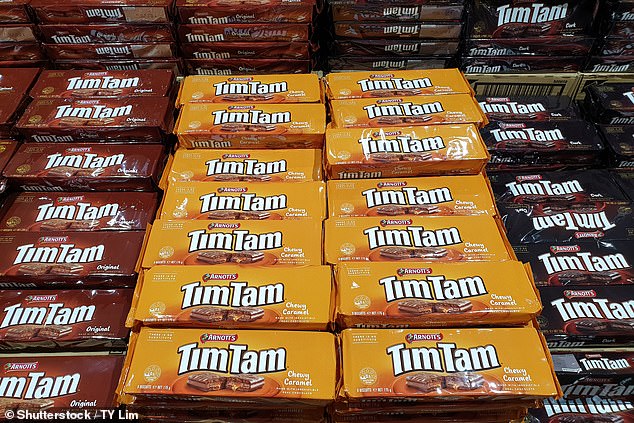 Austin has tried the local cuisine, and didn’t mind kangaroo meat, but wasn’t a fan of Tim Tams (pictured)

Austin’s signature was confirmed in late June and he has quickly bought into the Australian lifestyle.

He sampled kangaroo meat and enjoyed a schooner of beer, but confessed he ‘still prefers pints.’

Roar coach Warren Moon expects his star signing to showcase his class in the A-League, which kicks off in October.

‘We were delighted to secure a player of Charlie’s pedigree,’ Moon said.

‘He is coming here to be successful for Brisbane Roar and to hopefully score many of our goals. 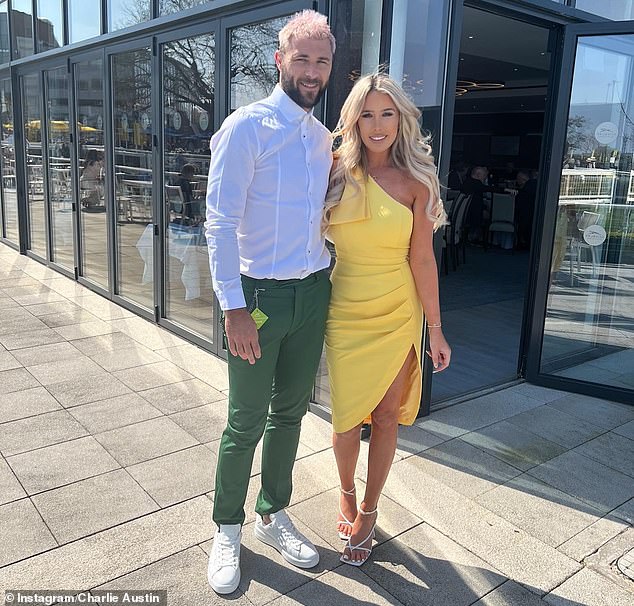 Austin’s family arrives from London on Wednesday night, but Austin (pictured with wife Bianca) will be in Melbourne when they land 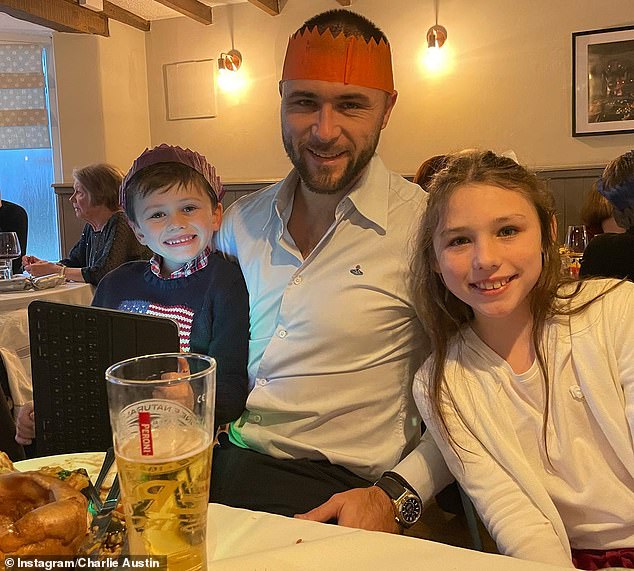 Austin has signed a multi-year deal and wants to give his family a taste of life overseas following an impressive career in England, which included stints in the Premier League with QPR, West Brom and Southampton

‘He wanted to come to a place where he knew his family would be happy and what better place than Brisbane.’

In a nod to the number he first wore in professional football with Swindon from 2009-2011, Austin will wear the orange No.32 shirt.

After struggling for ratings in recent years, this season’s A-League competition has fans of the world game on local shores excited.