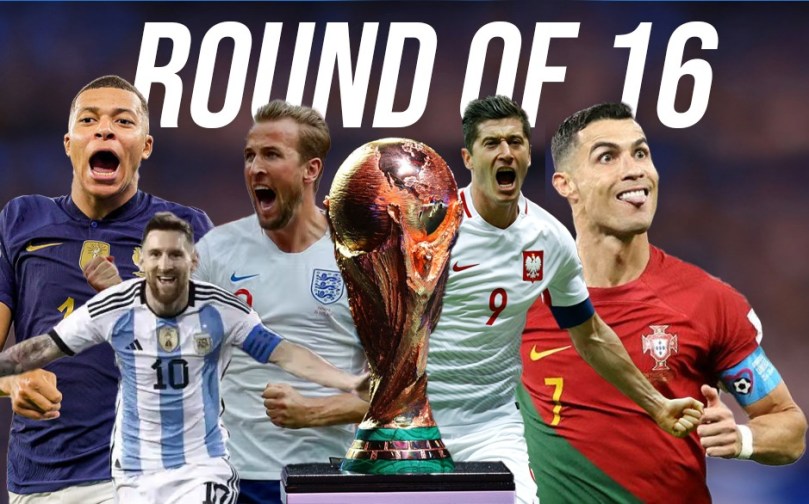 FIFA WC Last-16 RACE: FIFA World Cup– The race for the knockouts is heating up. With majority of the teams, having played 2 games each, the qualification scenario is getting changed with every result. Which teams are sure shot to make it to the Round 16? Which are the ones who might need favours from others? In this article, we answer all your queries, with respect to all the 32 teams participating in the FIFA World Cup 2022. Watch FIFA WC LIVE Streaming on Jio Cinemas & FIFA World CUP Latest Points Table & result updates with InsideSport.IN 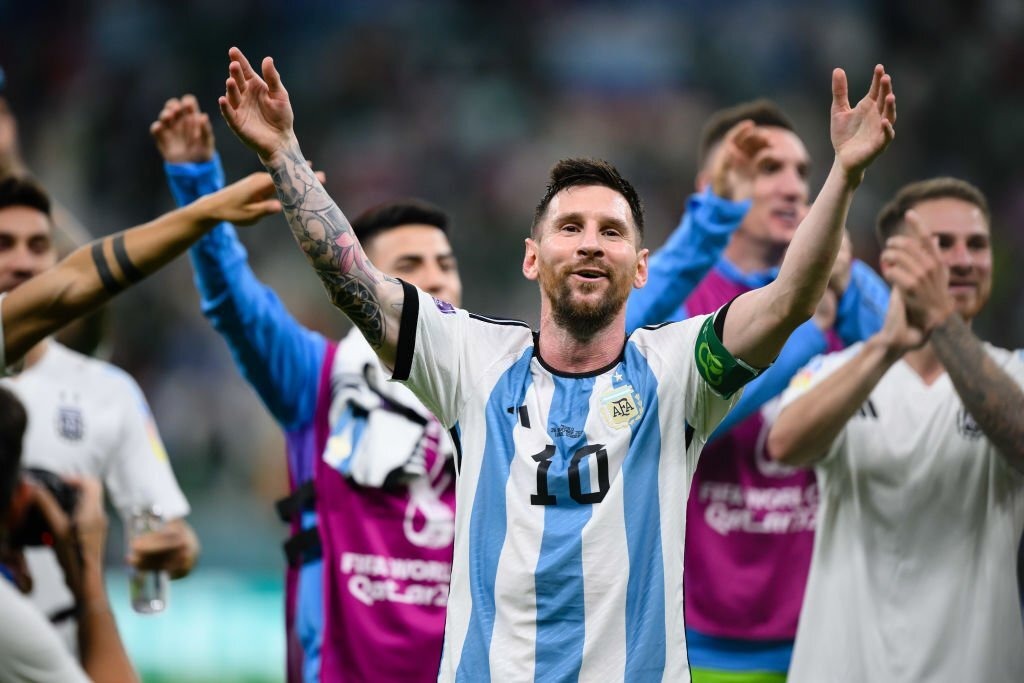 🔥 Mbappe, Messi and Lewandowski were on fire today!

Matchday 7 in less than a minute ⏲️ pic.twitter.com/3SwMXQip7P

All the four teams in Group A has played two games apiece. Each team is left with one match. Netherlands, Ecuador and Senegal are still in contention to make it to the Round of 16.

a. Netherlands – A win against Qatar will ensure Round of 16 spot for the Dutch.

b. Ecuador – Up next is Senegal, and a win will help them sail into the knockouts.

c. Senegal – A win over Ecuador will keep Senegal in the hunt for the Round of 16. A loss will end their campaign.

d. Qatar – Already eliminated from the World Cup. They have a chance to spoil Netherlands party, if they beat them.

Extremely tight scenario in Group B, with all the four teams still in contention for a spot in the Round of 16.

a. England: Best placed to make it to the knockouts. To face Wales next and a win will confirm their knockouts spot. A loss will make things interesting for the remaining three teams.

b. Iran: With three points from two games, Iran’s last match against the USA is a must-win encounter for them.

c. USA: There’s no second chance for the USA when they take on Iran. Win the game and sail into the semis.

d. Wales: Need a lot of things to go their way, but first have to beat England, and hope Iran loses its game to the USA.

Like Group B, Group C is also a mixed-bag, with all the four teams stand a chance to make it to the knockouts.

a. Poland: The Polish lock horns with Argentina next and the winner of the game books a spot into the Round of 16.

b. Argentina: After the loss to Saudi Arabia, Argentina did well to beat Mexico to stay alive. Lionel Messi and Co. are required to do exactly the similar thing against Poland, next weekend.

c. Saudi Arabia: The Green Eagles have 3 points from 2 matches, and a win with a high goal difference can propel them forward to the next round. They face Mexico next.

d. Mexico: One point in the bag, and one more loss will mean Mexico can pack their bags and go home.

Group D is one of those rare groups at the FIFA World Cup 2022, which has one spot taken already, and one is up for grabs.

a. France: Defending champions France have their date booked with destiny already. The only unbeaten side from Group D has already qualified for the Round 16 and faces Tunisia next.

b. Australia: Australia did well against Tunisia with 1-0 win and will require another win over Denmark to seal a Round of 16 berth.

c. Denmark: After losing 2-1 to France, Denmark has to beat Australia to have any chance of making it to the knockouts. A loss will knock them out of the World Cup.

d. Tunisia: For starters, they need to beat France with a big margin. Second they will need Australia-Denmark match to end in a draw to move into the knockouts.

This group is completely open, with a couple of matches scheduled later in the day. Spain has a huge lead, but anything can happen over the course of next one week.

a. Spain: Spain slammed 7 goals against Costa Rica, and that could be a massive difference in the end. Spain faces Germany next and also has a game against Japan. If they manage two wins, Spain will be the table toppers. However, one win should also be good enough to taken them to the Round of 16.

b. Japan: The Asian team has Costa Rica and Spain on their schedule, and at least one win should be good to help them sail into the semis.

c. Germany: 4-time champions are in a spot of bother after loss to Japan. For them, the equation is pretty simple – win their last matches against Spain and Costa Rica.

d. Costa Rica: Unless Costa Rica wins their last two matches against Germany and Japan, they can bid their World Cup campaign goodbye.

This group is an open ended one, with all the four teams – Belgium, Croatia, Morocco and Canada alive in the race to the knockouts.

a. Belgium: With one win against Canada in their kitty, Belgium faces Croatia and Morocco and looks the strongest contender to make it to the Round of 16.

b. Croatia: The drawn game against Morocco came as a surprise for their fans, but Croatia can well and truly make up, if they beat Belgium and Canada in their next two scheduled encounters.

c. Morocco: Morocco, like Croatia, has two games in their bag against Belgium and Canada. Two wins should get them through to Round of 16, but even a single loss can hamper their chances.

d. Canada: With a loss to Belgium, Canada now has to win against Croatia and Morocco to stay alive in the competition.

While Brazil are the overwhelming favourites to make it to the knockouts, three teams are still in contention for a knockout berth from Group G.

a. Brazil: 5-time-champions Brazil are the overwhelming favourites to make it to the next round, unless something bizarre transpires. They face Switzerland and Cameroon next, having demolished Serbia in their first game.

b. Switzerland: The good thing is that they have a win against their name already, and need to win at least one out of the two matches to keep themselves in the Round of 16 race. They are due to face Brazil and Serbia next.

c. Cameroon: They are not in a position to lose even one more match, after losing to Switzerland in their opening encounter. One more loss and Cameroon is out of the tournament.

d. Serbia: Their situation is similar to Cameroon. Have games against Switzerland and Cameroon next, which are do-or-die battles for Serbia.

With a minimum of two matches pending for each side in Group H, this is an open group, with Portugal leading at the moment. However, one can expect upsets in the coming days.

a. Portugal: Cristiano Ronaldo led unit experienced a close contest against Ghana and won the contest 3-2. Moving forward they meet Uruguay and Korea Republic next. They need to win at least one game, to make it to the final 16.

b. Uruguay: The former champions had a drawn match against Korea Republic, which means they have a point on the board. They have their destiny in their own hands, and need to beat Portugal and Ghana to advance into the knockouts.

c. Korea Republic: Their situation is similar to Uruguay. Have two matches left, against Portugal and Ghana and need to win both the games to have any chance of making it to the final 16.

d. Ghana: The weakest team in the group has already suffered a loss to Portugal in the tournament. Ghana has to beat Uruguay and Korea Republic to stand any chance of moving into the knockouts.

The tournament is already in its second week. Already, the FIFA World Cup 2022 has experienced expected results, upsets, and shocking draw results. Going into the business end of the tournament, all 32 teams will be looking to give their all and advance to the next stage. One more slip-up, and given the nature of the tournament, it should be good enough to shut the door on the losers in the coming days.