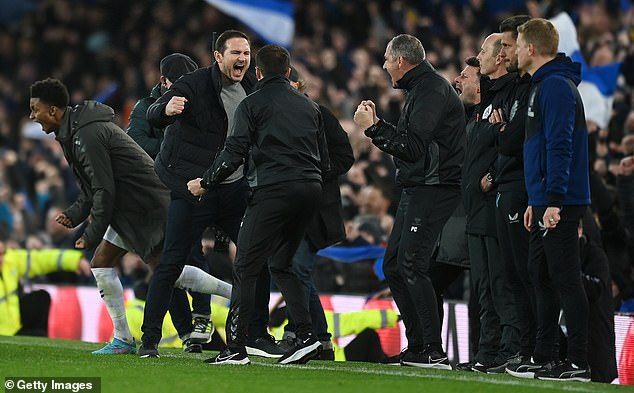 Everton manager Frank Lampard has revealed that he broke his hand in the post-match celebrations as his side nabbed a 1-0 victory over Newcastle United.

Alex Iwobi found the back of the net in the 99th minute to send the Toffees dug-out into meltdown as they picked up a vital three points in their bid to avoid relegation from the Premier League.

The former Chelsea midfielder got caught up in the ecstasy of the moment at Goodison Park as his side moved three points clear of the drop zone. 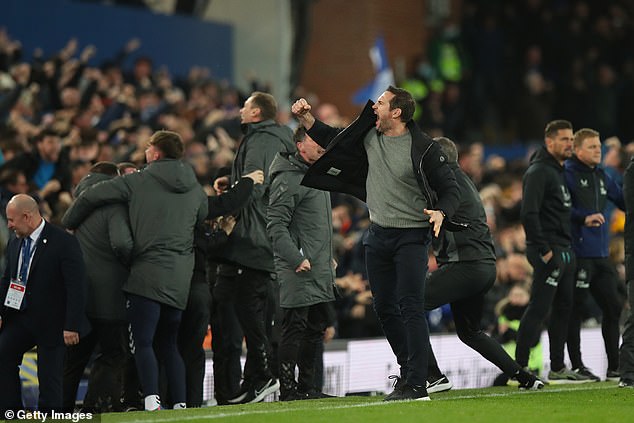 Showing his hand to pitch-side pundits, Lampard told Amazon Prime: ‘I’ve broken my hand by the way in the celebrations.

‘I’ll take it for three points! It was in the celebrations for the goal. I didn’t realise at the time, but as the game carried on it was a bit sore there. It’s a bit shaky but it’s fine. I don’t care.’

He added: ‘It was an amazing night. It’s important that we put perspective on it, because we need those nights and there’s a long way to go.

‘We must enjoy them and we must realise what got us that win. It was spirit, it was togetherness. I spoke to the players in the week and a lot of them stood up tonight.’ 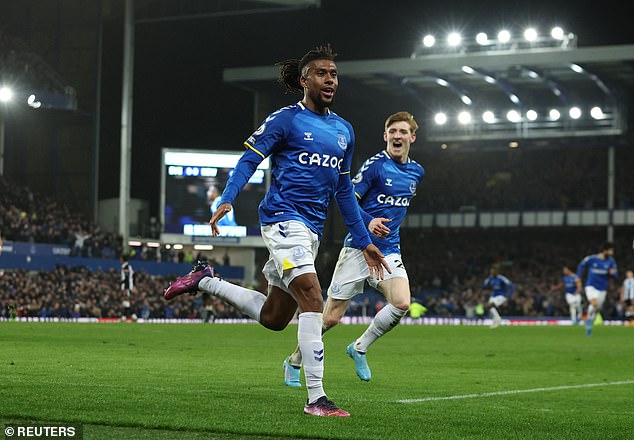 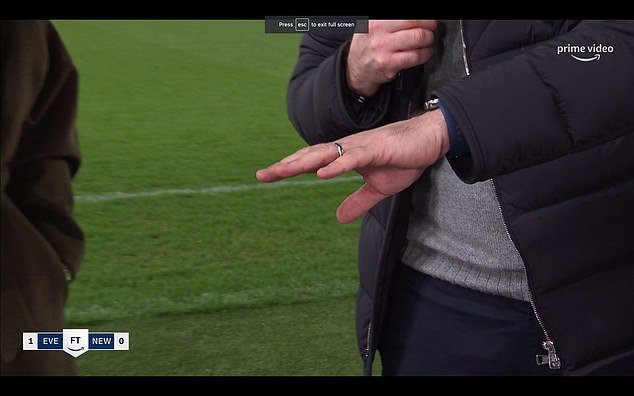 Brazilian midfielder Allan was given his marching orders in the 83rd minute for a reckless tackle on Newcastle’s Allan Saint-Maximin.

‘The really frustrating thing for us… I know you can’t load up your situations. We had one here two, three weeks ago against Manchester City.

‘The referee didn’t see it, so he needed help from VAR. They didn’t get it so it goes against us. This was one where the referee sees.

‘Is it a yellow? Of course. Is it a strong yellow? Potentially. The red card can affect that game, because we could have lost that game on the back of that, as much as it galvanised us.

‘That won’t get turned over, because they have to stick to their guns on these things. But when you have to speak to Mike Riley, and speak to referees’ meetings and do the managers’ meetings, you get a little bit tired when you have conversations.

‘Come on. There’s plenty of time to deal with that and to be balanced. It’s just a wrong decision for me.

‘The biggest problem is we get three points but we lose Allan for three games, which is a big deal for us.’