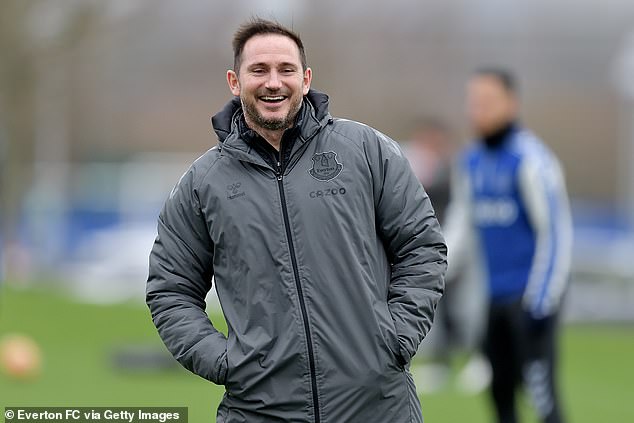 Frank Lampard reveals a surprise message from Pep Guardiola after his Chelsea sacking convinced him he would return to management, as Everton manager opens up on his ‘huge respect’ for the Spaniard

By Dominic King and Jack Gaughan for the Daily Mail

Frank Lampard has revealed how a surprise message from Pep Guardiola at the lowest point of his managerial career convinced him he would return to work.

When Lampard was sacked by Chelsea in January 2021, Guardiola was one of the first people to get in touch to offer support.

Manchester City’s manager left a voice note, complimenting him on the work he had done at Stamford Bridge and how it would guarantee him opportunities in the future.

The pair had exchanged numbers a few years earlier – Lampard had been to watch City train – but didn’t have anything other than an amicable relationship, so the words that Guardiola left were not just unexpected, they were huge fillip for the 43-year-old.

‘I’ve a huge respect for Pep,’ said Lampard, the now Everton boss. ‘I went up against him as a player, his teams were incredible; so to have that contact with him which, in all honesty, he instigated was a great thing. It gave me a real eye opener into what top managers and top people do.

‘I think Alex Ferguson is a great reference point. He not only was one of the greatest managers of all time but he also had a real sentiment and emotional factor which means he has a strong link and support to any other coach, manager and person trying to walk anywhere near his path. 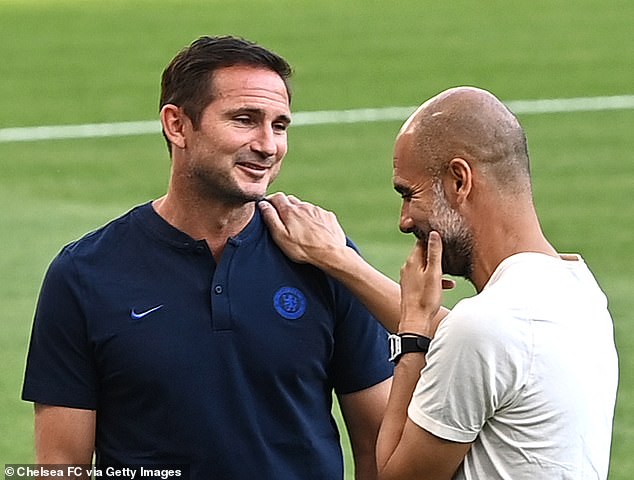 ‘The greats have that. They have real people skills. So when Pep contacted me or when we’ve had brief discussions on different matters, it is something I really appreciate. I look forward to seeing him in those terms.’

For all that Lampard is appreciative of Guardiola’s gesture, he is aiming to spike the Catalan’s quest to open up a six-point lead at the top of the table.