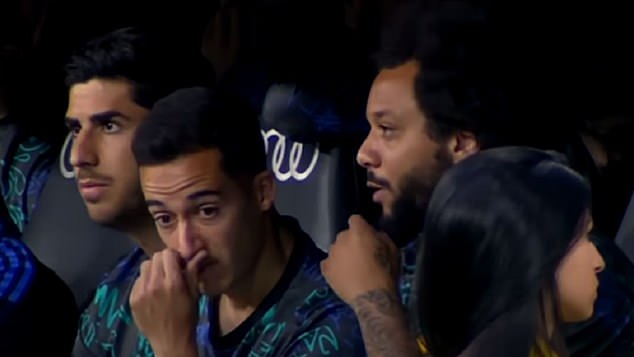 ‘The club is not going to renew me… I have been a f***ing example!’: Furious Marcelo is seen telling team-mate Lucas Vasquez that his time at Real Madrid is OVER, with his contract running out this summer after 15 years in the Spanish capital

Marcelo is not taking the idea of leaving Real Madrid very well, with new footage showing the soon-to-be out of contract defender suggesting he deserves better treatment having been a ‘f***ing example’ at the Bernabeu.

The Brazilian left back has been a mainstay in Madrid’s side since 2007 but finds himself out of contract next month, with Saturday’s Champions League final in Paris potentially his final game for the club.

While the 34-year-old is keen to stay at the Bernabeu, Real Madrid appear like they are ready to move in a new – and younger – direction, to the bemusement of Marcelo. 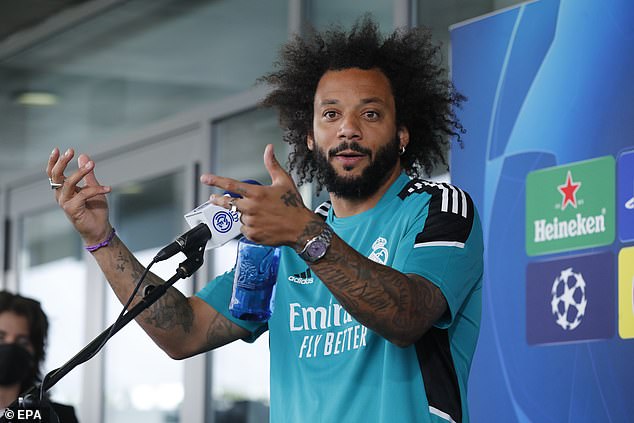 Marcelo had to wait until the 70th minute to be introduced in place of Ferland Mendy and while he was on the bench he made it perfectly clear how he is feeling.

‘The club is not going to renew me,’ he is seen telling Vasquez. ‘I have been a f***ing example!’

‘It’s just amazing,’ Vasquez replied. ‘We’re not… we’re not aware. But the moment (of farewell) is not easy.’

After the final league game of the season against Betis – which ended 0-0 – Marcelo reiterated to reporters that he is holding out hope he will get a new deal.

‘I want to stay and continue here all my life,’ he said. 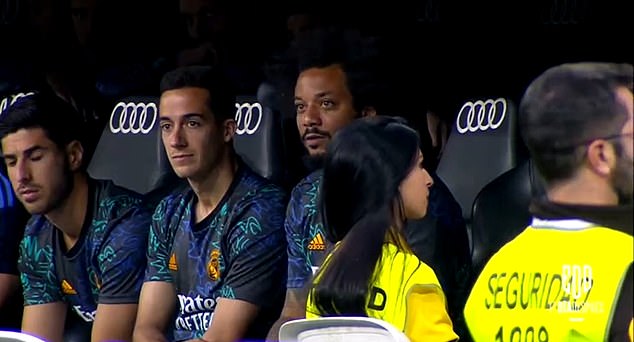 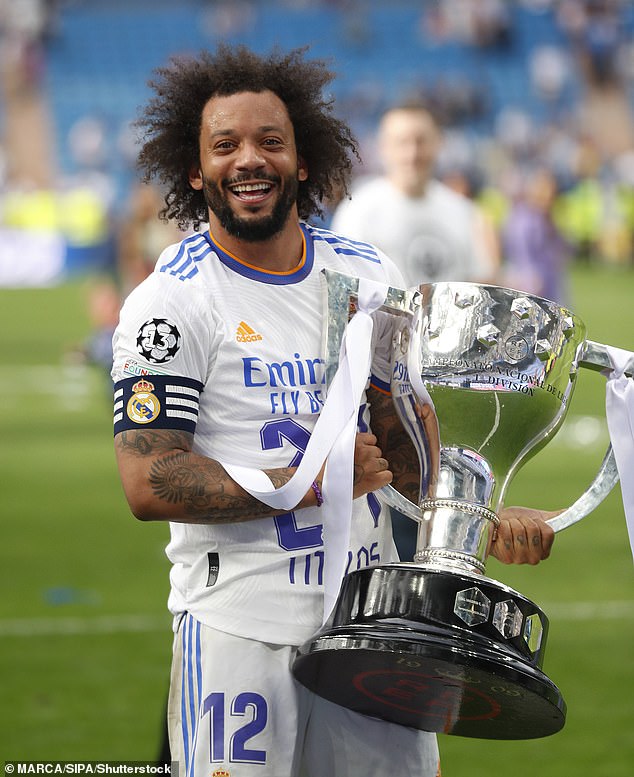 He has been a brilliant servant for Real Madrid and became their most decorated player with his latest LaLiga winners’ medal.

The 34-year-old drew level with club legend Paco Gento on 23 trophies for Real Madrid when they won the Spanish Supercopa in January – but he has now surpassed him.

It remains unclear if Carlo Ancelotti will start him against Liverpool in Paris but he stands on the cusp of a 25th major title for Real Madrid before he brings the curtain down on his 15-year stay.