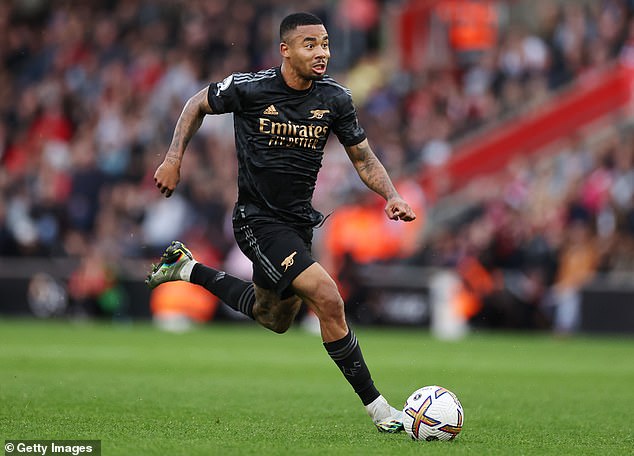 Gabriel Jesus insists he is ready to answer Mikel Arteta’s call and play 70 games this season – thanks to downtime with his baby daughter.

Arsenal boss Arteta said last week that players must be able to survive gruelling campaigns if they want to be the best, claiming: ‘The top players in the world, they play 70 matches, every three days and make the difference.’

Jesus has never started more than 22 Premier League games in a single season.

But, now leading Arsenal’s attack, the Brazilian could play nearly 70 matches for club and country in 2022/23.

Ahead of Arsenal’s Europa League clash with PSV Eindhoven on Thursday, he insisted that would not tire him out.

‘Of course not,’ Jesus said. ‘I’m doing good recovery after the games – eating better, sleeping better, enjoying the life in the Arsenal shirt a lot. So I’m ready to play 50, 60, 70 games.’ 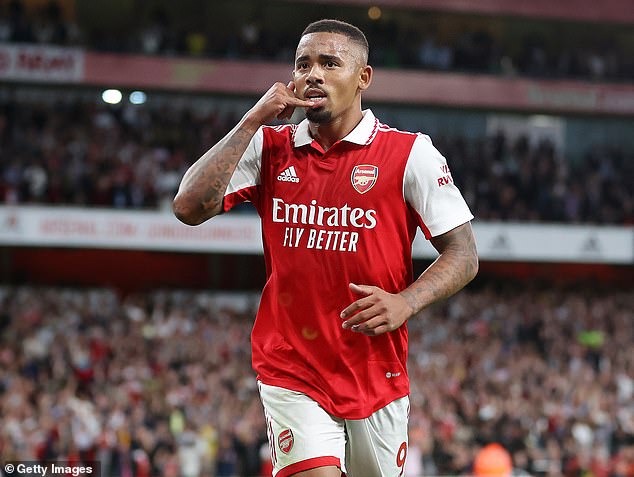 Jesus said his five-month old baby, Helena, is the secret to his mental and physical freshness.

‘Staying with my daughter, that’s the first thing. It helps me a lot to recover my mind. It’s not all about the body, the mind is more important because in my opinion it controls the body,’ he said.

‘So I stay with my family, play with my daughter, that helps me a lot and then of course I do stuff in the club, at home, with the fitness coaches.’ 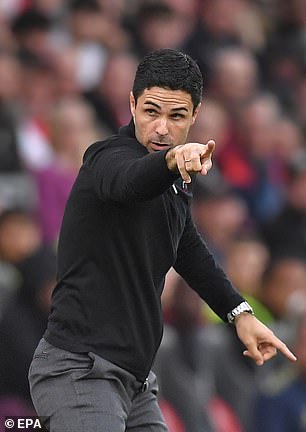 Sleep is not a problem, either, even with a young child.

‘My wife (Raiane) is helping me a lot as well. But that’s the life and you have to enjoy it at home, at work and you feel more free to enjoy.’

Jesus has not scored in five appearances but the forward is not concerned by his form.

‘That’s happened before and I’m pretty sure in the future it’s going to happen again,’ the 25-year-old said. ‘That’s football. I don’t want it to be like this, of course. I want to improve, I want to work, like always in my life and then next game, I try again. And I’m 100 per cent sure I will score.’

Gabriel Martinelli and Bukayo Saka are helping share the load and Jesus was full of praise for his wingers.

‘They are machines. I joke with them: I think I am a player with a lot of energy and I run all the time, I fight all the time. But when I train every day with them I realise I am not even close to them. They just don’t stop,’ he said.

‘They are machines, quality players as well. And they’re still young, both 21. I am lucky to play with them.’