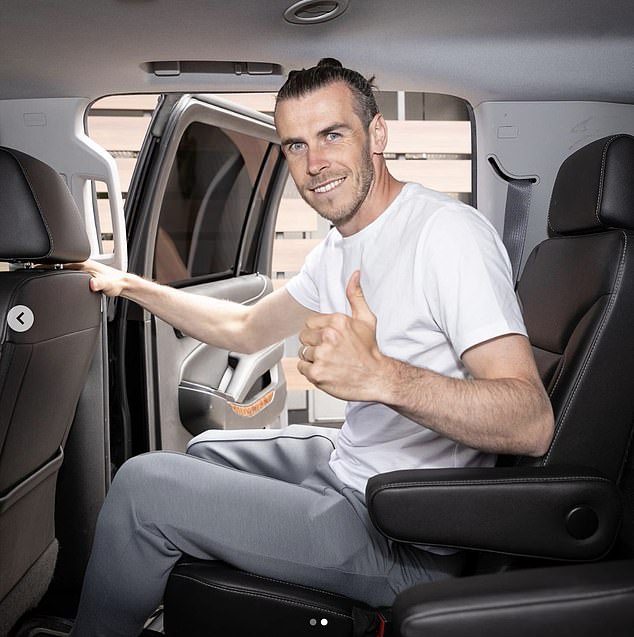 Real Madrid outcast Gareth Bale was all smiles as he arrived in Los Angeles where he will be presented to the LAFC fans.

Bale, who became a free agent after leaving Real Madrid at the end of last season, signed for LAFC in a bid to gain more regular game time ahead of the World Cup.

The striker’s arrival in the country came just before Los Angeles FC took on LA Galaxy in front of 15,000 fans at the Banc of California Stadium on Friday night.

LAFC took to their social media channel to share a video of Bale at their headquarters. The Welsh striker was heard saying he couldn’t wait to meet the fans.

The 32-year-old Wales captain turned to the camera and said: ‘Hi LAFC and the 3252. I’ve just arrived here in LA and I’m looking forward to seeing you at the game tonight.’

Bale arrived at the club ahead of Friday night’s El Trafico matchup – which saw LAFC beat LA Galaxy 3-2 at home.

The Welsh striker did not make his MLS bow against LA Galaxy but was seen celebrating with the team on the pitch after their victory.

Bale was eager to sign for the American outfit as the MLS season runs until November, a fortnight before Wales’ first World Cup finals campaign since 1958, begins in Qatar. 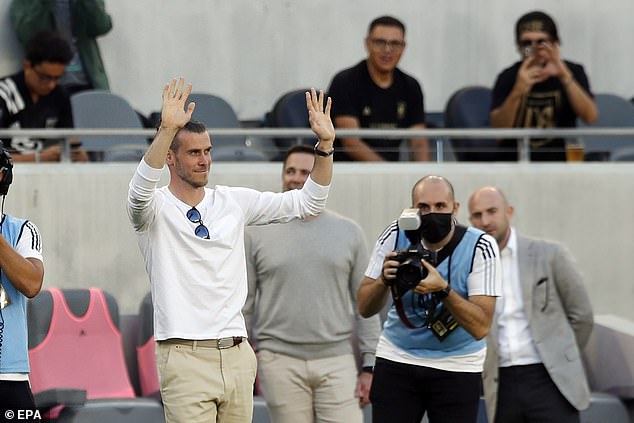 His current deal in LA takes him up to June 2023 when next year’s MLS season will be only halfway through. However, Bale has an option to continue for 18 months beyond that should his family settle and he is enjoying his football.

By going to America, Bale is following in the footsteps of some of British football’s most famous names, from Bobby Moore to Beckham and Wayne Rooney.

Speaking about the striker’s move, a close friend of Bale said: ‘He is going there not just to be able to be fit for World Cup but to enjoy L.A. and MLS, and if he does enjoy he will play on.’

Bale will also be looking forward to a fresh start after struggling to win the fans over in Madrid. He will also be forward to more pitch time after spending the majority of his time with the LaLiga giants on the bench.