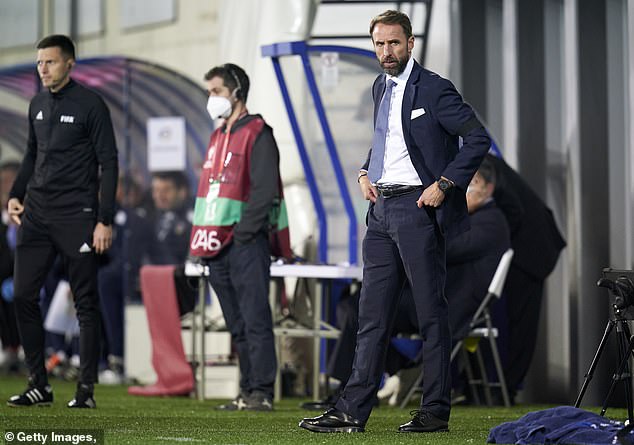 By Sami Mokbel for The Mail on Sunday

Gareth Southgate praised his players for refusing to rise to Andorra’s dirty tricks as England cruised to victory on Saturday night.

The England boss was critical of Andorra’s over-aggressive tactics despite watching his team take another step towards World Cup qualification, scoring five past their lowly opponents.

The Andorrans clearly tried to employ a rough-house approach to get under their opposition’s skin, one tackle on Jadon Sancho at the end of the first-half, in particular, angered Southgate. 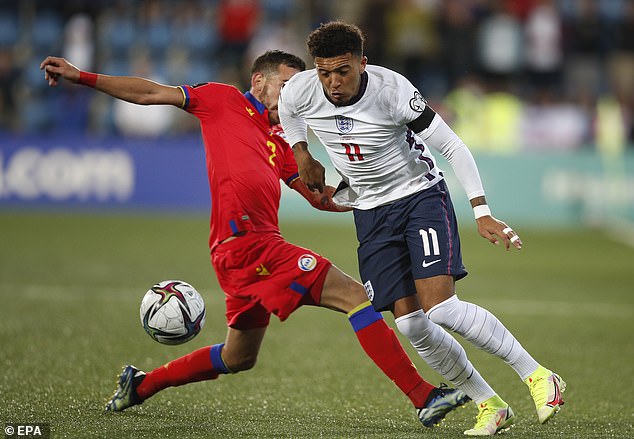 ‘I was making the point that this is a very difficult team to referee,’ said Southgate on his discussion with referee Kateryna Monzul after the challenge on Sancho.

‘The ball was in play for 38 minutes when we played them at Wembley and I’m not sure how long here.

‘From the very start the goalkeeper was down and it was very interesting how their medics ran on.

‘There were lots of flashpoints where we had to respond in the right way and in the main they did that. 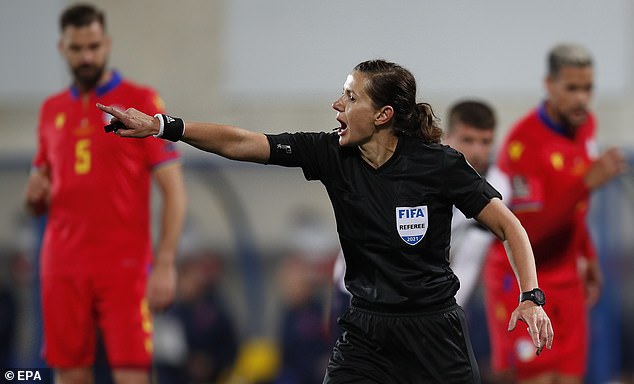 Kateryna Monzul, the first female referee to officiate England, have a tough job on her hands 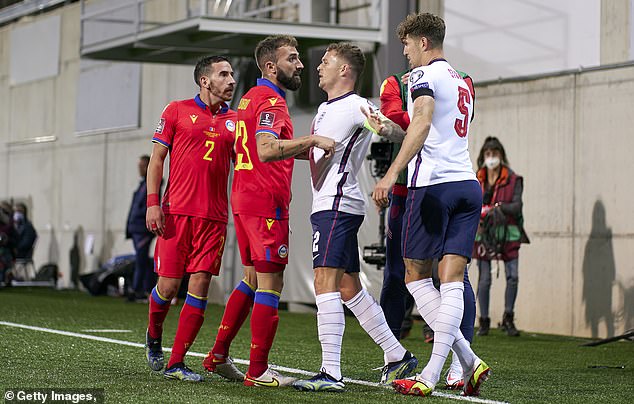 ‘We saw the other night Italy had a red card and it kills you in the big games, no matter what opponent, 10 men gives you a hurdle to cross.

‘These games historically have been difficult nights. What I like about this group is whatever the challenge they don’t make excuses and they find a way to win games.

‘We showed good discipline, as there were plenty of flashpoints where we could have reacted in the wrong way.’

Southgate fielded what was effectively a second string starting XI in Andorra ahead of Tuesday’s clash versus Hungary at Wembley when his big guns are expected to return.

And the national team boss added: ‘Pretty much all of those players have played in important matches for us and it wasn’t a friendly tonight, it was a World Cup qualifier and although the level of the opponent was at a certain level, the type of players we needed was also in our thinking.

‘I think it’s important with a squad that everybody feels involved. 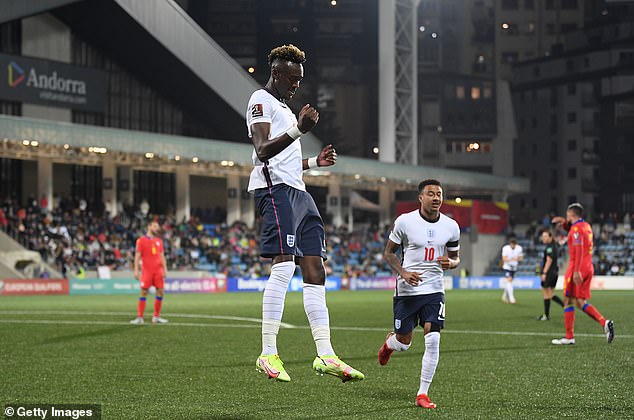 ‘Over the years we’ve probably had to come to these games with everybody out there playing but sometimes players kind of manage themselves through those games and what you think is going to be your strongest team actually, because they’re having so many matches they pace themselves through the game because they know they can do just enough to win.

‘Tonight, everybody on the field had high motivation for numerous different reasons, but also the right mentality and good quality to go and win the game so for us it was a perfect balance.

‘What we now have to do is make sure that the performance at Wembley on Tuesday is even better than tonight.

‘The quality of our play was really good and we picked a team to, of course, manage the whole squad, but also with profile of players in certain positions that we knew would be well suited to. I’m really pleased with both the quality and the application of all the players.’