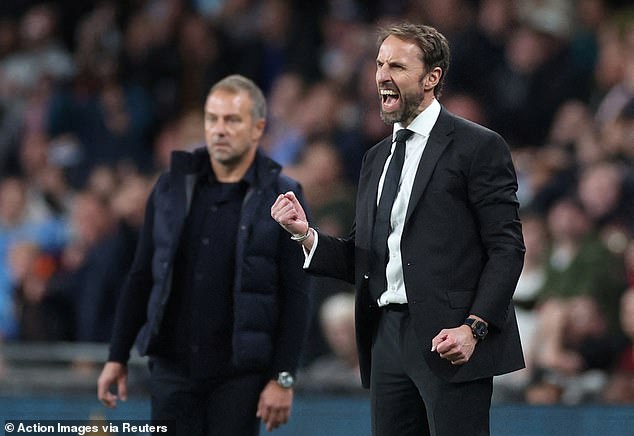 Gareth Southgate has England have been in a ‘tough period’ but that his players have ‘grown’ owing to the adversity.

England played their final pre-World Cup fixture on Monday evening as they came from 2-0 down to lead Germany 3-2 before being pegged back thanks to an error from Nick Pope.

The manner of England’s resilient fightback, despite surrendering the lead late on, raised spirits ahead of Qatar 2022, even though Southgate’s men have now gone six matches without victory.

Speaking in the aftermath of the draw, Southgate, who revealed the players held their own crisis meeting in recent days to help overcome their poor form, said the players would ‘benefit in the long run’ from this difficult period.

‘It has been a tough period and they have grown,’ said Southgate.

‘You will always face pressure and at some point you have to be exposed. We played a friendly against Ivory Coast in March and they went to 10 men and it became a non-event and we learnt nothing, this week we have learned a huge amount. 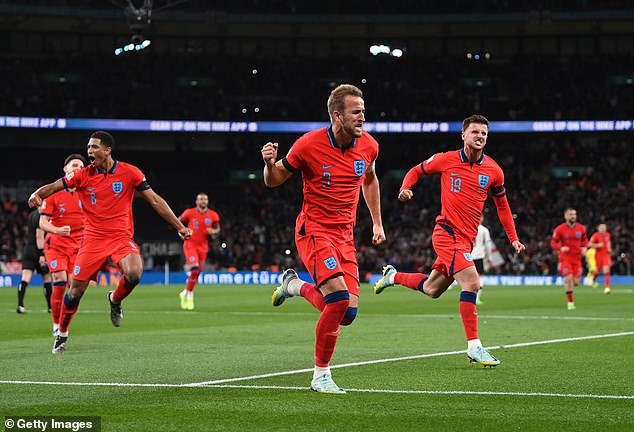 ‘As a group they have come together and they will benefit in the long run.

‘It is an error for Nick Pope and he will be down but the team have to come together and in the end a couple of errors have cost us but I have focused on playing with tremendous spirit and showing belief we haven’t showed in last few games and the crowd rose to it.

‘The crowd were with us but wondering how things would play out, sub-consciously players were aware of that. We showed character and quality tonight and the crowd came with us.’

‘One of the things was they asked could they have a meeting on their own to talk things through,’ the England boss said. ‘That was, for me, such a positive sign. 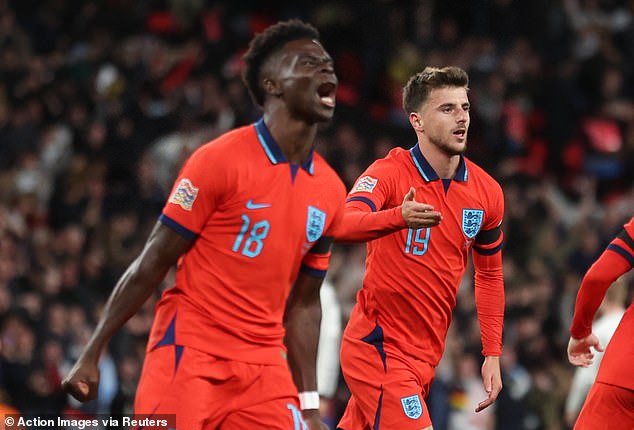 ‘By the way, there’s moments at some clubs where that’s not a good sign! But they kind of talked through what they wanted to do with me.

‘The best football teams, of course, need outstanding leadership from coaching teams and everything else, but the best teams have a real core of players that drive things.’

Meanwhile, Southgate added that he felt his team should have been ahead in the game at half-time owing to the quality of their opportunities. Raheem Sterling drew a save from Marc-Andre ter Stegen while Phil Foden found himself in some promising positions before his final ball let him down.

‘We should really have been ahead with the quality of chances we had at half-time,’ Southgate said. ‘Second half we started OK. Really all of the goals we conceded are avoidable.

‘So, we’re 2-0 (down) looking into a difficult moment but I’ve got to say the players have been fantastic the last few days. They’ve taken some individual responsibility.

‘They’ve collectively talked as a group on their own, with us, and the whole experience has been one we needed, I think, to grow the next part as a team because you’re going to have pressure in a World Cup. 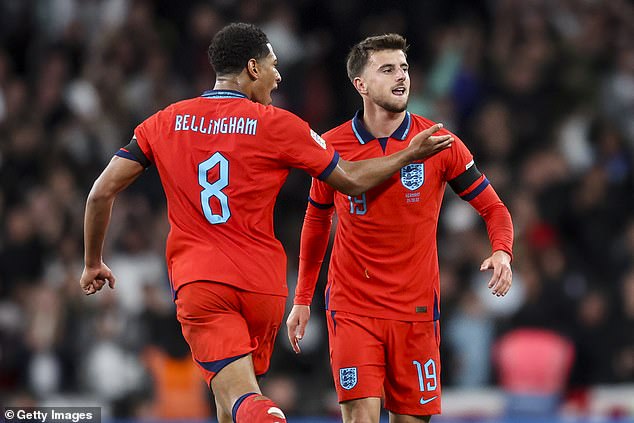 ‘You can try and avoid pressure but it’s coming. Maybe it’s the third group game, maybe it’s a quarter-final – whatever it might be, it’s coming.

‘So, better that we feel it and we learn how to deal with it. We talked about how we needed to react if Germany score tonight and the players reacted in the right way.

‘We showed some character but also a lot of quality in the chances we created throughout the whole game and particularly for the goals we scored.’

England’s last few home fixtures have been marred by booing from the crowds aimed at both the manager and some of the players. 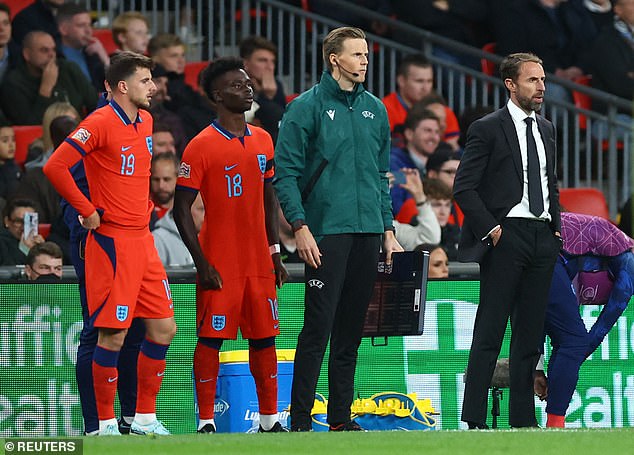 With England staring down the barrel of another defeat ahead of the World Cup, Southgate praised the Wembley crowd for sticking with his team and not becoming increasingly recalcitrant.

‘They were quiet, understandably, but they didn’t get on their back and that was so important for us.

‘And, of course, we score and the roof nearly lifts off – we all suddenly remember what it feels like to watch a goal go in! 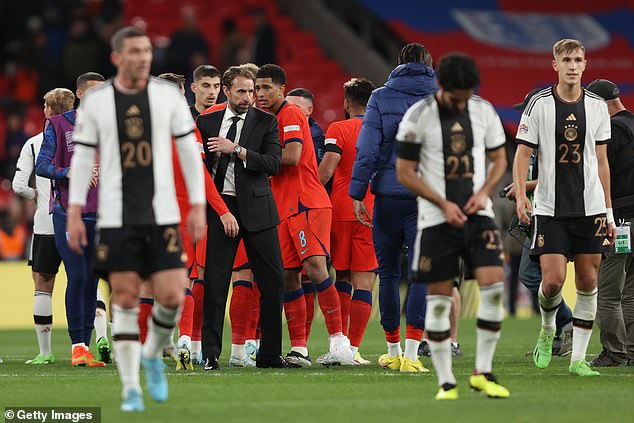 The England crowd did not react too negatively to going 2-0 behind, Southgate believed

‘Then there’s great momentum in the game and I thought Bukayo (Saka) and Mason (Mount) had really good contributions.

‘I thought Jude (Bellingham) was outstanding through the whole game. I think Luke Shaw, considering how little football he’s had, had a really positive night.

‘So, a lot to take from it and then of course we get an absolute punch on the nose at the end, which is pretty much how it’s going at the moment, frankly!’