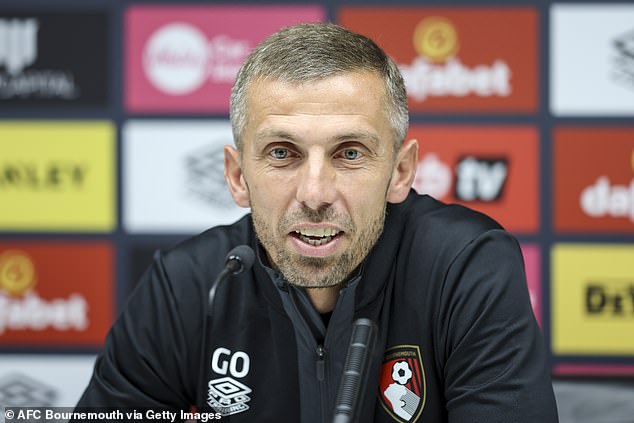 By Ian Winrow For The Daily Mail

Gary O’Neil insists he is not thinking about his long-term future but the Bournemouth interim head coach is clearly building support inside the dressing room.

The Cherries remain unbeaten in the four games O’Neil has overseen since being placed in temporary charge after Scott Parker was dismissed following the 9-0 defeat by Liverpool.

During that spell, Bournemouth have appeared impressively resolute —although Saturday’s scoreless draw also highlighted their continuing limitations as an attacking force. 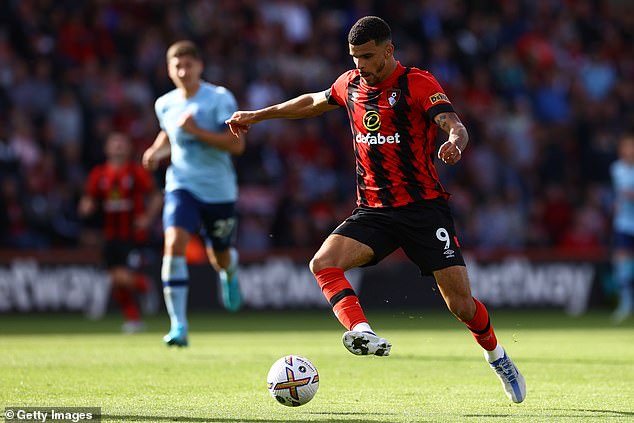 Progress, though, has clearly been made and while O’Neil is unlikely to gain a clear understanding of where his future lies before the club’s ownership is resolved — Las Vegas businessman Bill Foley’s £150million planned takeover is believed to be close to being completed — Dominic Solanke has backed the caretaker boss’ suitability for the long-term job.

‘We all know Gary really well,’ said the Bournemouth forward. ‘He has been with us for a while now and you can see how well we are doing on the pitch under him. He has got our respect and if that’s the case (that he gets the job) we will be more than happy.’

Left back Jordan Zemura also added his voice of support for O’Neil.

‘He just gives us the freedom to embrace ourselves on the pitch, just gives us opportunities to play freely and just reminds us about the quality we have in the room.’

O’Neil insists his focus is on the here and now, although he is clearly becoming versed in the ups and downs of management after his side were on the wrong end of a contentious penalty decision when Zemura went down under a challenge from Kristoffer Ajer.

‘I have zero thought about what any result does for me,’ he said. ‘Absolutely zero. I am focused purely on what it does for the club. So tonight I go home and put another point on the board for the club.

‘I’m enjoying it, although I hated those 90 minutes because we didn’t show what I thought we could show.’ 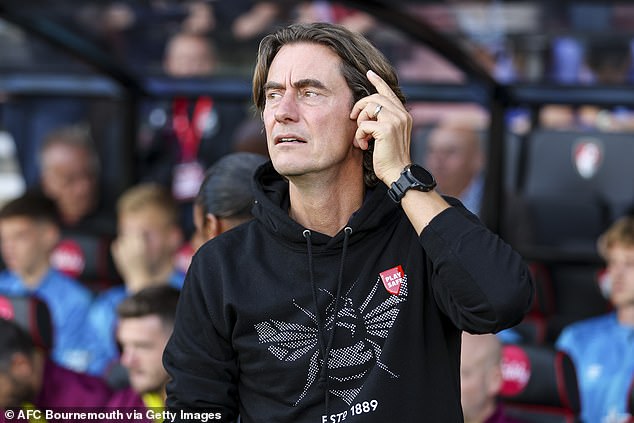 Brentford manager Thomas Frank had similar cause for frustration. Ivan Toney missed a number of half-chances but Frank insists the striker’s mentality will help him overcome the disappointment of missing out on any action for England this week.

‘Ivan’s mentality is one of his biggest strengths and you can see that in the games as well — he misses a chance and he’s on to the next action,’ insisted the Danish coach.

‘He is very strong mentally which is why he is now doing very well.’