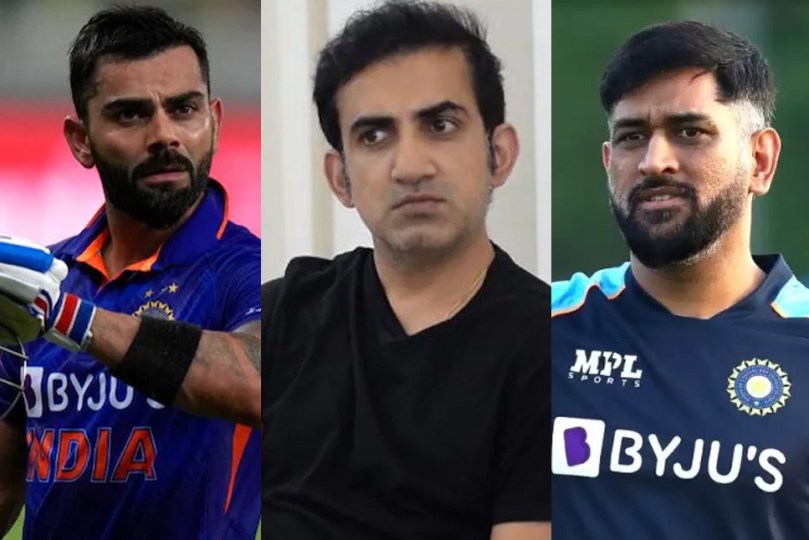 Indian Cricket HERO WORSHIP: Cricket is the most popular sport in India. The players are looked upon with high regards in the…

Indian Cricket HERO WORSHIP: Cricket is the most popular sport in India. The players are looked upon with high regards in the county and are extremely popular. Some of the names include Kapil Dev, Sunil Gavaskar, Virat Kohli, Sachin Tendulkar among others. They are also worshipped as heroes in the country. However, former India opener Gautam Gambhir believes this hero worship, which has been created by social media, fans and broadcasters, should come to a stop. Follow all cricket live updates with InsideSport.IN

Also Read: IND vs AUS LIVE: Watch Virat Kohli and Suryakumar Yadav bat side by side at nets, play some exquisite shots ahead of India vs Australia 1st T20, Watch Video

With the kind of popularity of these players in country, they have almost attained a god-like status in India cricket as well. Gambhir is very clear in his message – India cricket stands first, and it is the only thing that needs to be worshipped.

To be fair, the players just do their jobs. Certain players like Dhoni, Kohli and many others have developed as fan favourites. They have also done great job at the personal level for India cricket and at the individual level as well.

With the kind of role social media plays these days, the players have attained another level of hype and popularity. The following of Indian cricketers on social media narrates a picture of their hero status. For instance, Kohli has a fan following 0f 50.1 million fan followers. It is the most for anyone in India.

Gambhir believes that such kind of hero worship is created by two things primarily – social media and broadcasters. He even called social media to be the most fake thing that exists in India.

“Who created that (hero worship)? It is created by two things. First, by social media followers, which is probably the fakest thing in this country because you are judged by how many followers you have. That is what creates a brand,” Gambhir added.

.@imVkohli‘s die-hard fan Heeral Mehta had a moment to cherish forever after getting his autograph!

Watch this and more heart-warming stories on:

“Second, by the media and the broadcasters. If you keep talking about one person day in and day out, it eventually becomes a brand. That is how it was in 1983. Why start from Dhoni? It started in 1983. When India won the first World Cup, it was all about Kapil Dev. When we won in 2007 and 2011, it was Dhoni. Who created that? None of the players did. Nor did the BCCI.”