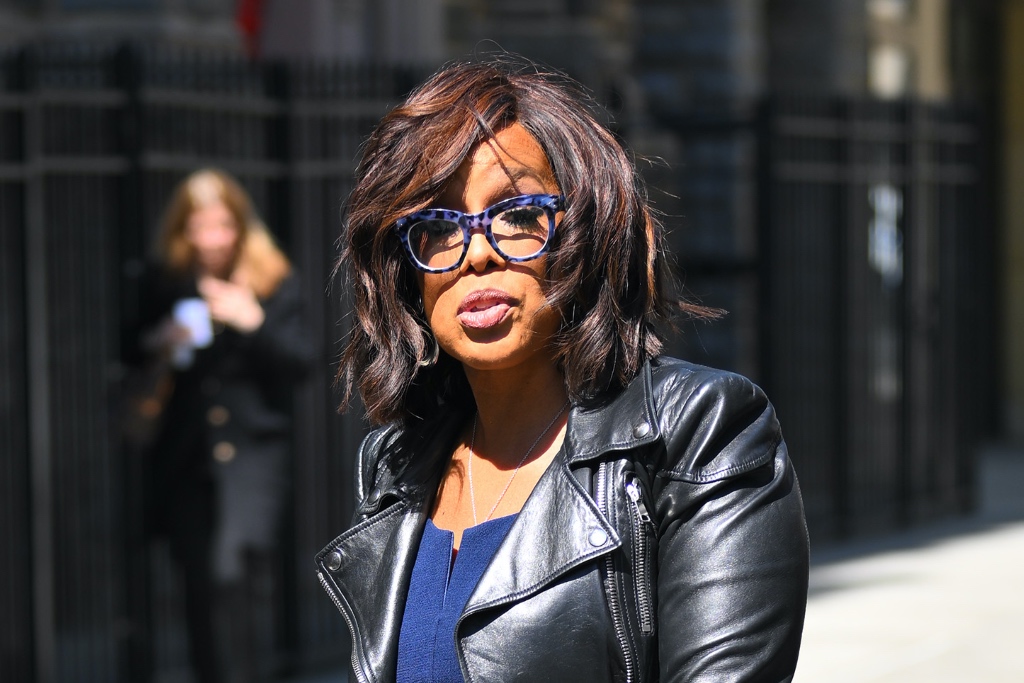 Gayle King paid her respects to a fashion icon.

The “CBS This Morning” host arrived at the funeral for the late Andre Leon Talley on Friday. The boundary-breaking Black fashion legend and longtime Vogue editor passed away in January. The service was held at the Abyssinian Baptist Church in Harlem, New York. Hundreds of mourners came to pay their respects to the late fashion journalist. Attendees included Marc Jacobs, Anna Wintour and Naomi Campbell.

King wore a blue look to the service. She donned a navy blue mini dress with a black leather jacket on top. The jacket featured a bit of a billowing effect on the back. She matched her accessories to her dress, such as her blue bracelets and glasses. She also carried a black and nude color-block clutch bag. King also matched her shoes to her dress. She wore a pair of blue T-strap heels. The heel reached roughly 3 inches in height.

Talley got his start with an unpaid apprenticeship to Diana Vreeland at The Met’s Costume Institute. Talley rose through the fashion ranks at WWD, Vanity Fair and House and Garden, but it was his tenure at Vogue that defined his illustrious career. Talley was the first Black man to hold his position at Vogue. He chronicled his incredible highs and dramatic lows in “The Chiffon Trenches,” his 2020 memoir.

He notably paved the way for many fashion talents that counted him as a close friend, including Manolo Blahnik, Marc Jacobs and Diane von Furstenberg.

See more of Talley through the years.