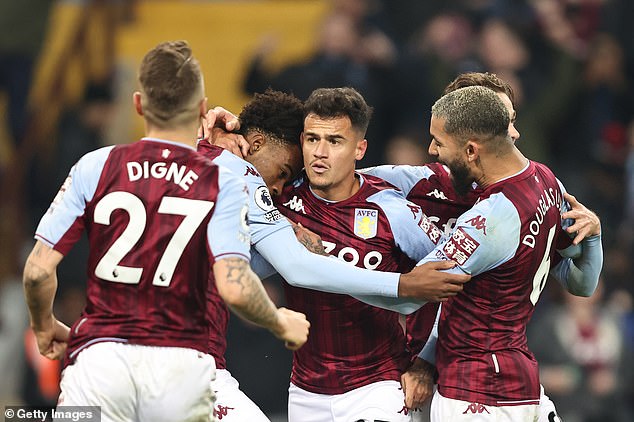 Steven Gerrard believes Aston Villa can bring out the magic in Philippe Coutinho again after the Brazilian struck on his debut to secure a point against Manchester United.

Coutinho made a spectacular return to the Premier League after a four-year absence, creating one goal and then scoring the equaliser within 14 minutes of coming on as a substitute.

The Brazilian struggled to recapture his best form after joining Barcelona from Liverpool for £142million in January 2018 but quickly looked at home again in English football.

Philippe Coutinho is congratulated after scoring the equaliser against Manchester United

‘It was a fantastic cameo,’ said Gerrard. ‘He was involved in both goals and there’ll be many more moments. He gave me exactly what I wanted.

‘Even if he gets close to the form he showed at Liverpool he is still a world-class talent. At his best he was one of the top players in the league and that is why Barcelona paid so much money for him.

‘He has many experiences of the speed of this league and what it took for him to shine last time. It is a matter of time before he is even better and stronger but this will do him the world of good for confidence. 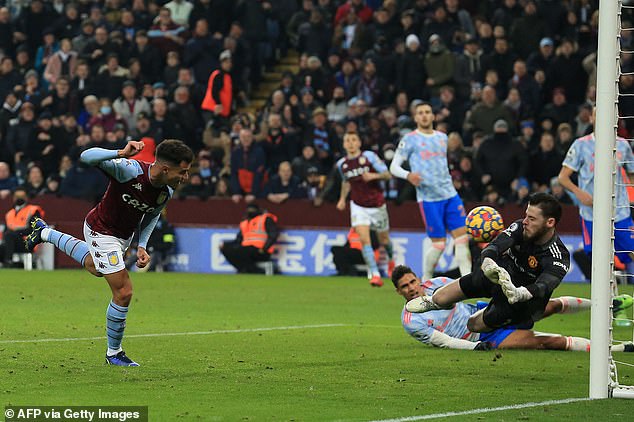 ‘You can’t underestimate the importance of being happy going to work and of being able to smile. We all enjoy love and support from crowd. He has been full of energy and there is no pressure on him.’

It looked a gamble when Gerrard brought back Coutinho given his struggles at Barcelona but it already looks to be paying off.

When the 29-year-old was introduced, Bruno Fernandes had just put United 2-0 up. But Coutinho created Villa’s opener for Jacob Ramsey and then scored the second himself.

‘I missed these games and the Premier League,’ said Coutinho. ‘I was little bit nervous before the game. I don’t speak English very well. 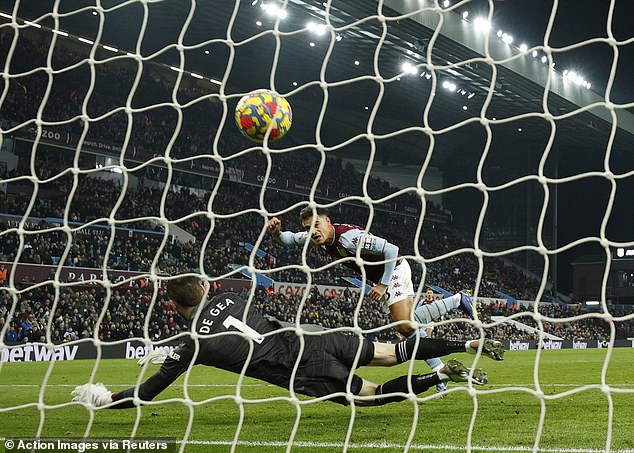 ‘I prefer to be on the pitch than talking all the time. There have been many ups and downs since I left the Premier League. It is in the past, I’m here and I’m focused on the objectives of the club and the manager.

‘I want to work hard to improve and be in better shape. I want to do a good job to help my team-mates and the club.’

Manchester United boss Ralf Rangnick was disappointed his side had been unable to keep control of the match as they conceded twice in five minutes. Cristiano Ronaldo was absent as he continues to struggle with a hip flexor problem

He added: ‘It feels like a defeat after being 2-0 up. He couldn’t train on Friday so we decided it made no sense to travel without knowing if he could play. We will check now if he will be fit for Wednesday.’ 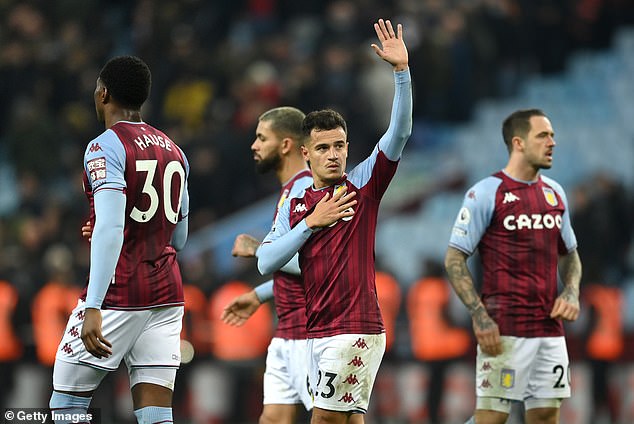 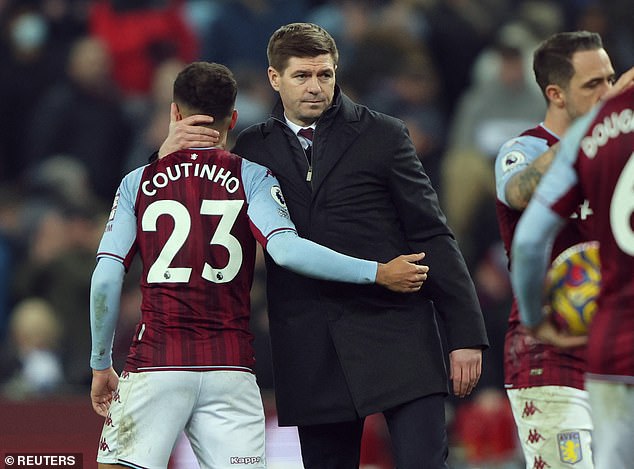