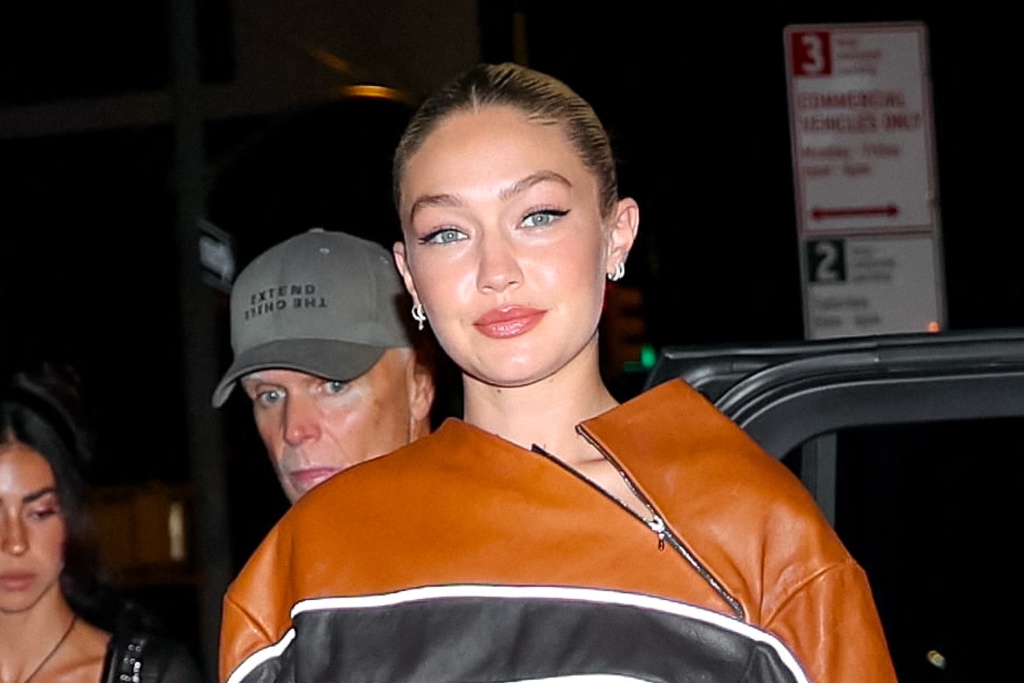 NYFW is here, and Gigi Hadid is making the rounds The model hit British Vogue editor-in-chief Edward Enninful’s party for his memoir “A Visible Man” on Thursday. Other attendees included Emily Ratajkowski, Irina Shayk and more.

To the party, Hadid wore a matching two-piece set. Her brown leather jacket featured a thick black stripe across the bodice and arms and also featured multiple zippers. Her pants had a thick black stripe down the side with a zipper. She tied her hair back in a sleek, twisted ponytail and wore small stud earrings, and carried a black top handle bag.

The Guest in Residence owner added a pair of classic heels to round out the look. She wore black pointy toe pumps from Piferi during her outing. The shoes featured a shiny leather finish and a strap for extra support.

Hadid’s shoe choices typically run on the casual side. The Maybelline muse often wears sneakers by Converse, Nike, Puma and Reebok, which she collaborated with on a capsule collection in 2018. Slides are one of her longtime favorites, which she’s worn from brands like Adidas, Ugg and Alexander Wang. However, Hadid’s also known to style show-stopping heels, especially pointed-toe pumps, boots, and strappy sandals by Stuart Weitzman, Giuseppe Zanotti and Christian Louboutin for formal occasions.

PHOTOS: Check out the gallery to see more of Gigi Hadid’s best street style looks over the years.