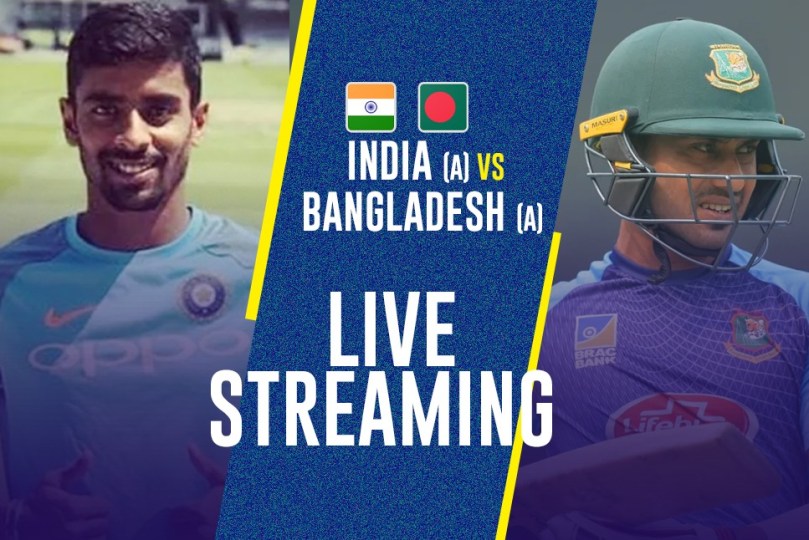 IND-A vs BAN-A LIVE Streaming: The India A Tour program returns after a long 10-month gap. India-A will travel to Bangladesh with Abhimanyu…

IND-A vs BAN-A LIVE Streaming: The India A Tour program returns after a long 10-month gap. India-A will travel to Bangladesh with Abhimanyu Easwaran leading the side for two First Class matches. However, it will be a great exposure for the young guns as Bangladesh have called up 10 Test team players. India-A side will have veterans Cheteshwar Pujara and Umesh Yadav besides KS Bharat in the ranks for the 2nd match. The good news is after the debacle in Australia without live streaming, fans can ease up a bit. Bangladesh Cricket Board will live stream both games on their YouTube channel. The first match starts on November 29. Follow India Tour of Bangladesh LIVE Updates on InsideSport.IN.

While the first four-day match will be a test for young guns, the focus will be on Sarfaraz Khan. After yet another snub from Test team, he will aim to prove his mettle. Sarfaraz Khan has amassed tons of runs in the domestic circuit.

India A vs Bangladesh A: After conquering DOMESTIC circuit, Sarfaraz Khan ready to rock IND-A vs BAN-A series, shares his JERSEY No for Bangladesh tour – CHECK out

However, it will be a big testing ground for India’s next-gen. With Pujara, Rohit Sharma and Virat Kohli edging closer to retirement, India-A tours will provide the selectors with a good opportunity to prepare the bench.

But VVS Laxman who is in charge of the India A side will not travel to Bangladesh. Instead, India’s fielding coach T Dilip is in charge with Sitanshu Kotak also accompanying them.

However, for Bangladesh, it will be a great chance to prepare for the two-match Test series against India. BCB has picked 10 players from the Test roster. Mominul Haque, Mohammad Mithun and Najmul Hossain Shanto will all be there. They will get a good preparation before the Test series. Mohammad Mithun will lead the Bangladesh-A side. Shanto is part of the ODI squad. But he will join the ODI side only after finishing the two four-day games.

“We have picked many Test cricketers in our ‘A’ squad as we want to prepare for the upcoming two-match Test series against India through these four-day games. We have not played longer version cricket for a while apart from our domestic competition and that is the reason we have decided to include so many Test probables considering the fact when you play against such tough oppositions it will help you to prepare better,” Minhajul Abedin, BCB chief selector, told Cricbuzz.

Meanwhile, Bangladesh’s batting coach Jamie Siddons will be the head coach of the side in the series. After the completion of the series, he will rejoin the senior squad in Dhaka.

The India A vs Bangladesh A unofficial Test series will be streamed live on the Bangladesh Cricket YouTube channel.