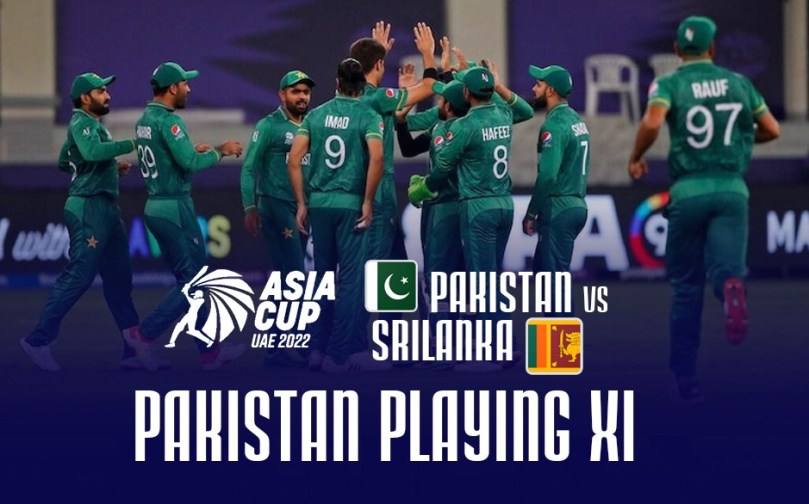 Pakistan Playing XI: SL vs PAK Final LIVE: Asia Cup final: Pakistan pacer Shahnawaz Dahani has recovered from his injury and is fit ahead of the Asia Cup final match against Sri Lanka. The match is scheduled at Dubai International Stadium on Sunday. Dahani was ruled out of the tournament due to injury before the Super Four clash against arch-rival India. With this, the management needs to take a call on who to include in Pakistan playing XI for final – Dahani or Mohammad Hasnain. Follow Asia Cup 2022 LIVE & Sri Lanka vs Pakistan final LIVE updates with InsideSport.IN

Babar Azam and co would not mind such a headache as both the players have it in them to create problems for Sri Lanka batters.

Dahani suffered a side strain, however, he is now fit and started practising again. The player practised bowling at full speed at the Dubai International Stadium.  Meanwhile, fast bowler Mohammad Wasim Jr is facing fitness problems.

Pakistan might have lost to Sri Lanka in the last match. But the Men in Green have been a solid team in the competition. One does not see them making any kind of changes in the Playing XI when it comes to their batters.

However, they may do so in the batting order, depending on the start they get from their openers. Babar Azam has had a poor outing so far, and the captain will hope to shine in the final.

Their bowling has always been their strong point. Babar will be hoping to see his top bowlers including Naseem to be at his best in the Asia Cup final. The management are set to bring back key spinner Shadab Khan, who is also more than handy with the bat. He was rested for the last match. The likes of Dahani, Haris Rauf and others have to be on top of their game with the ball to punish Sri Lanka.

Meanwhile for Sri Lanka, one does not see them making changes for the Asia Cup final, especially after their impressive win in the last match.

Pakistan have to be on top of their game against Sri Lanka in the final for more than one reason. Not only Sri Lanka are a confident team with three straight wins, their record is good over Pakistan in Asia Cup final. The two teams have met three times in the Asia Cup final so far. Sri Lanka have defeated them twice while Pakistan emerged victorious in 2000.