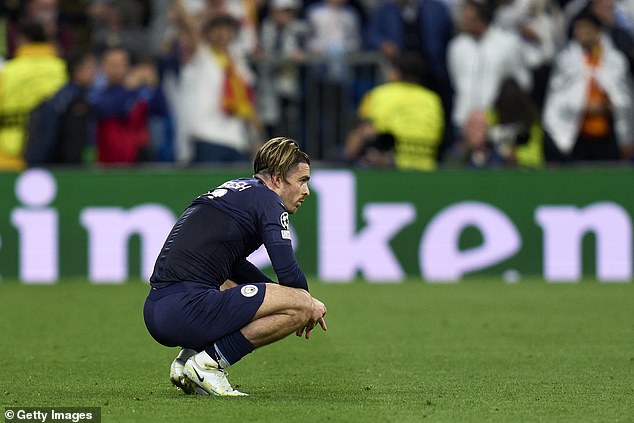 He came on as a substitute in 78th minute with City leading 1-0 on the night and 5-3 on aggregate and twice went agonisingly close to putting the tie beyond the Spanish giants on Wednesday night.

Grealish had a shot cleared off the line by Ferland Mendy – and another effort diverted just past the post by the foot of Real Madrid goalkeeper Thibaut C Courtois.

Rodrygo then scored twice in injury-time as Real Madrid staged a remarkable comeback to win 3-1 on the night and 6-5 on aggregate at the Bernabeu.

Afterwards Rio Ferdinand told BT Sport: ‘That changes everything for Grealish, that going in (chance when Mendy cleared off the line). 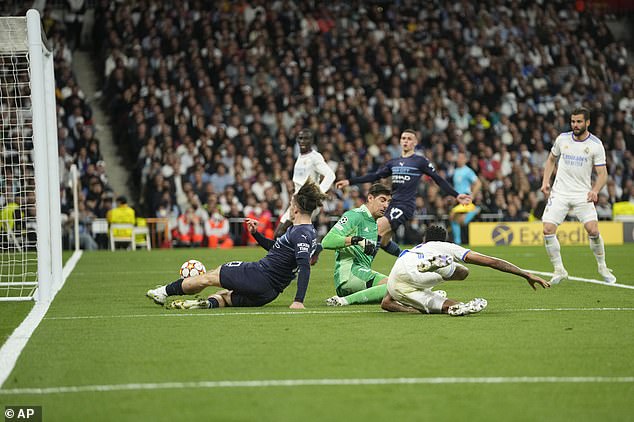 ‘Whether you think he’s been good or bad or average, that would change Grealish’s City career.’

It was tough on Grealish, who has had a slow start to life with Pep Guardiola’s men.

He has made 35 appearances, but only managed five goals. And from his 20 starts in the Premier League the 26-year-old has managed just two goals and two assists.

Manchester City boss Pep Guardiola has insisted Grealish’s lack of starts for the team is down to ‘tactical reasons’, explaining that he simply cannot drop Riyad Mahrez and Phil Foden at present. 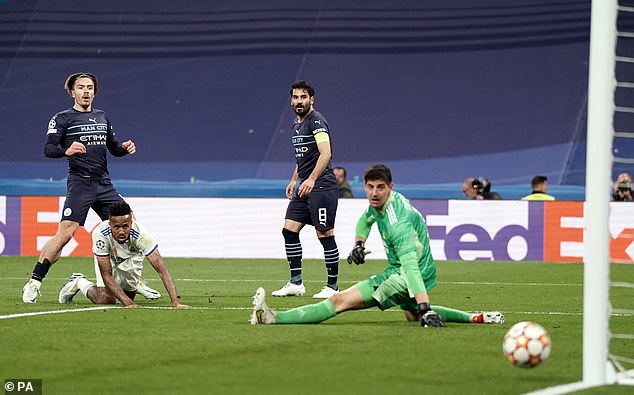 The England midfielder has had to adapt his game after linking up with the reigning Premier League champions and has struggled to find his feet at times, and while Guardiola says the player can ‘make an impact’ he claimed Mahrez and Foden gave the team a much greater chance of opening teams up and scoring goals.

Guardiola said: ‘He can [have an impact]. Nothing changes just because in that position Riyad has been with us for a long time and in important games he gives you something unique and special.

‘And Phil Foden is so determined, his will and many things. Phil, always, his impact in the game is huge – it’s just for that reason.’

Raheem Sterling is another player struggling for minutes, and Guardiola stressed that neither he nor Grealish were ‘bad’ players and offered other qualities that he requires in certain scenarios.