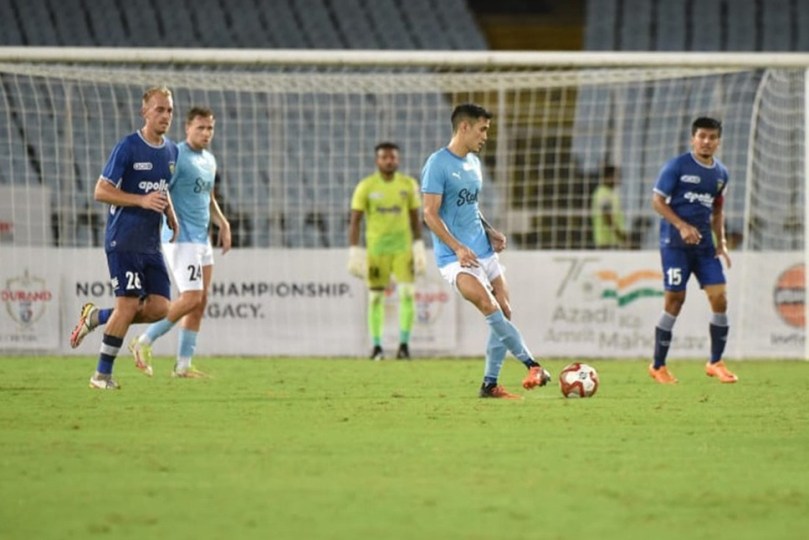 Undoubtedly one of the best games of this edition. We have seen 8 outstanding goals and some end to end action. @MumbaiCityFC secures their spot in the semi final. #MCFCCFC ⚔️#VYBK 🏟️#DurandCup 🏆#IndianOilDurandCup 🏆#DurandCup2022 🏆#IndianFootball ⚽ pic.twitter.com/5B32PX9MPk

Stewart scored in the 40th, 100th and 118th minute while Lallianzuala Chhangte got a brace in the 78th and 94th minute for the Mumbai side at the Vivekananda Yuba Bharati Krirangan.

Chennaiyin’s Ghanaian striker Kwame Karikari got injured and had to be replaced by Rahim Ali in the 19th minute of the game. The first goal of the match came off a penalty awarded to Mumbai when Ahmed Jahouh played Amay Ranawade through inside the box and keeper Debjit brought him down. Stewart took the kick and although Debjit guessed right and got his hands to it, could not prevent the ball from going into the back of the net.

Chennaiyin gaffer Tomas Brdaric got in Ninthoi in place of Edwin Vanspaul at the break and that turned out to be an inspired substitution.

The first goal came just before the hour mark. Ninthoi got the assist with a wonderful lofted ball played inside the box anticipating Sliskovic’s run. The Croat got ahead of Rostyn Griffiths and directed a powerful header past a diving Lachenpa in the near post. 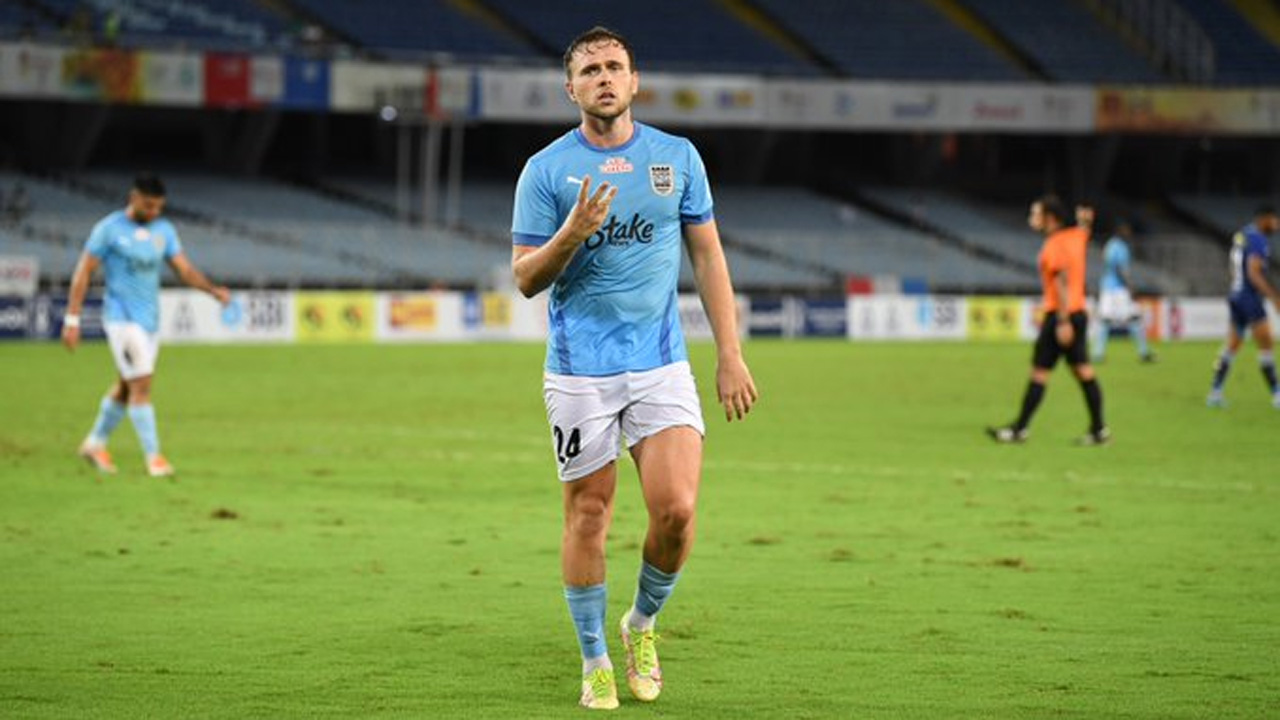 Mumbai coach Des Buckingham made his moves bringing in Mourtada Fall for the first time in the season and Gurkirat in place of Mehtab and Rippol. Brdaric also replaced Aakash Sangwan with Sajid Dhot.

Mumbai probably thought they had the winner thanks to a Stewart masterclass in the middle of the Chennaiyin half in the 78th minute. He strolled around before making a run towards the box drawing in defenders towards him and then released Bipin Singh on the left.

Bipin’s cross was fended away by Debjit but only till a lurking Chhangte coming in on the far post. The highest scorer of the tournament so far made no mistake, tapping in his sixth of the tournament with ease.

Brdaric then made another substitution which again paid dividends as he brought in Jockson Dhas for Sajal Bag.
With a minute to go for regulation time Ninthoi, who was keeping himself busy on the right flank, delivered another inviting floater inside the box. Fall was first to meet it but his clearing header went only as far as Jockson lurking at the far post. The substitute chested it down and unleashed a powerful right-footed volley which bulged the back of the net.

Both Stewart and Ninthoi also got chances for themselves in stoppage time but regulation time ended 2-2. Chhangte was at it again however in the fourth minute of the first-half of extra-time. Stewart took the free-kick after Gurkirat
was fouled and the latter’s header found its way to Mourtada Fall at the far post. He volleyed back in towards the centre of the six-yard box and Chhangte was at the right place unmarked to head it past Debjit. It was his seventh goal of the Durand Cup.

Stewart got his second goal of the game and fifth of the tournament in the 100th minute. He went off on one of his solo square runs inside the box and feigned two attempts at a shot before letting go with his left in the third, to beat Debjit comprehensively.

If Mumbai thought the game had been put to rest, they would be surprised. CFC got a corner in the second half of extra-time and Thapa delivered the assured ball. After a few touches the ball fell for Duker who pulled out a shot but passed cleverly to Rahim to his left. The Indian striker bulged the net with a thunder strike.

With CFC chasing the game furiously it was Stewart who finally sealed the deal for the Islanders. On a counter, Chhangte found Stewart’s run and played him on. The Scotsman, with a marker on his shoulder, pulled away and placed with his favourite leftfoot past a diving Debjit to complete a well-deserved hat-trick and his sixth of the Durand Cup.