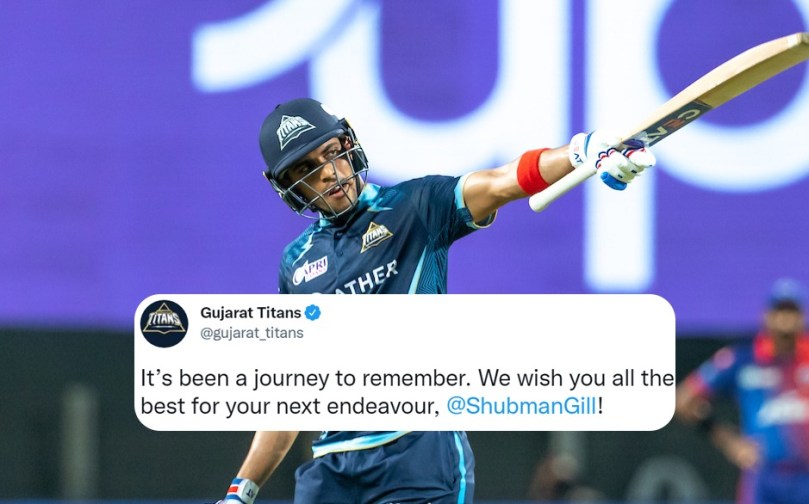 IPL 2023: Shubman Gill Gujarat Titans: Gujarat Titans’ one-line tweet on Shubman Gill created a load of confusion. In what seemed as a goodbye message for Gill, Titans wished him well for the next endeavour. However, after a fan uproar, Titans clarified that it wasn’t the case. In their debut season, Gill played a crucial role in helping the team win their maiden IPL trophy. The Hardik Pandya-led side stunned all by winning the 10-team IPL 2022. Follow IPL 2023 LIVE Updates on InsideSport.IN.

“It’s been a journey to remember. We wish you all the best for your next endeavour,” Gujarat Titans made the announcement in a short tweet.

“Twitterverse, Gill will always be a part of our. It’s not what you think, but we’re loving the theories. Keep it going!” Gujarat Titans later clarified.

It’s been a journey to remember. We wish you all the best for your next endeavour, @ShubmanGill!#AavaDe

Gujarat Titans retained Shubman Gill for Rs 8 Crore ahead of IPL 2022. Gill was one of the top names in Kolkata Knight Riders but they could not retain him.

Although shaky in the beginning, Shubman hit form in the middle stages of the tournament, scoring 483 runs in 16 games including four fifties. He also got his highest score of 96. He drastically improved his strike rate too at 132.33.

However, InsideSport could not verify independently whether Shubman parted ways with Gujarat Titans. Although he repeatedly said leaving Kolkata Knight Riders was painful to him, there was no bad blood between the franchise and the player.

Meanwhile, the IPL 2023 trading window will open in November.