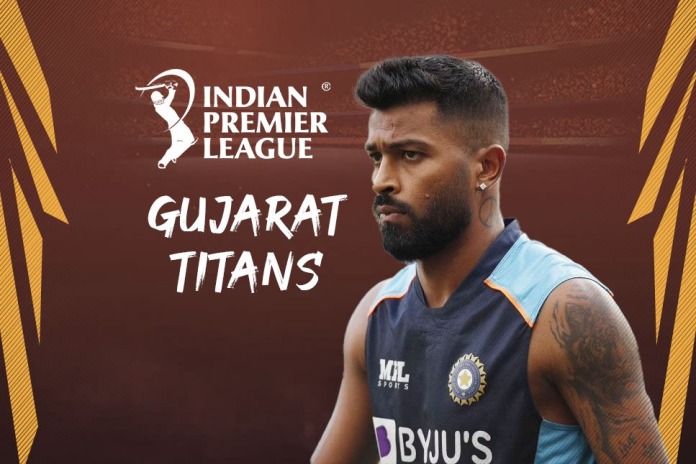 IPL 2022: Gujarat Titans fret over HARDIK PANDYA’s fitness –  IPL’s new entrants Gujarat Titans are fretting over the fitness of captain Hardik Pandya as uncertainty still remains on his physical condition. Pandya was picked up pre-auction by the Titans and handed the captaincy but has struggled with injuries over the last few years, having not played competitive cricket since the T20 World Cup. The 28-year-old opted out of the Ranji Trophy, choosing to train individually, with Titans Director of Cricket Vikram Solanki confident of his progress. Follow Insidesport.in for all IPL 2022 LIVE Updates.

Also Read: IPL 2022: After stern warning from BCCI selectors, Hardik Pandya does a U-Turn, will attend NCA camp ahead of IPL

Gujarat Titans are concerned regarding Hardik Pandya’s fitness as the Indian all-rounder continues to battle his niggles in a race to be fit for the upcoming IPL 2022. The Titans took a big gamble in signing Hardik Pandya as their captain for a whopping Rs 15 crore, especially when the 28-year-old hasn’t played since the T20 World Cup. Pandya has been asked to attend an ongoing camp for white-ball specialists at the National Cricket Academy in Bangalore having earlier avoided the same to train individually.

Gujarat’s director of cricket, Vikram Solanki, believes that the team needs to be patient with Hardik Pandya’s recovery, who is unlikely to bowl at the start of the IPL 2022. Speaking to the Telegraph, Solanki said, “Hardik is working extremely hard in all aspects of his game from the rehabilitation and recovery point of view. He is conscious that he has to get up to speed with batting, bowling, and fielding… He is on his path to recovery and playing a full part but we have to be patient with the demands.”

Solanki however remained optimistic and was hopeful that Gujarat Titans received the full package from their captain, something Hardik Pandya failed to provide for the Mumbai Indians over the last two years.

The ex England cricketer said, “Remember, he is coming back from an injury. Hardik as a batsman is an exceptional addition to any team. But if we take batting, bowling and fielding together then he’s a complete package. But having said all that, we have to be conscious of his long-term plans. We are very happy with the way he is progressing.”

After a stunning 2019 season where he scored over 400 runs and picked up 14 wickets, Hardik’s stocks have gone down drastically, which led to the 5-time champions releasing him into the auction. Pandya hasn’t bowled a single delivery in the last two IPL seasons, while his returns with the bat have dwindled considerably, with a strike rate of just 113.39 last year.

At his peak fitness, Hardik Pandya is one of the most destructive all-round players but the last couple of years have been a hard toil for the Baroda man. While continuing his rehabilitation, Pandya will also get his first taste in leadership after being appointed the Titans skipper for the season. Hardik won four titles with Mumbai Indians, and Solanki believes has enough experience to lead the franchise.

“We see in Hardik the qualities that can turn him into a successful and very fine captain. We have spoken a couple of times about his track record as far as winning IPL titles is concerned. He has been part of our leadership group and has taken a lot of learnings from other captains like Rohit Sharma, Virat Kohli and MS Dhoni. He will use all that learning in developing himself as a captain and will be well backed by the support staff,” Solanki said.

Hardik is expected to shoulder most of the burden of the team, but Solanki believes Gujarat Titans have an able support cast with opportunities for people to stake a claim. The IPL newbies were hit hard by Jason Roy’s injury, but have reportedly opted for Rahmanullah Gurbaz as a replacement, making him the third Afghanistan player in the squad.