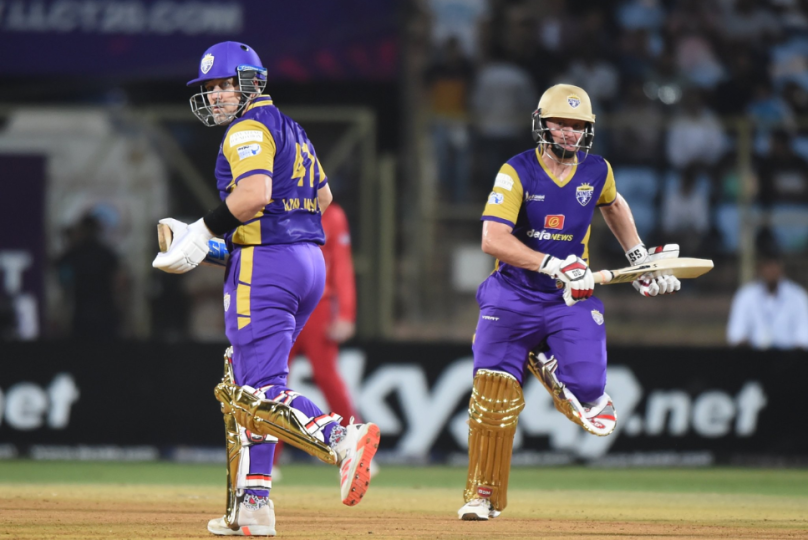 Also Read: GUJG vs BK Live Streaming: When & How to watch Gujarat Giants vs Bhilwara Kings, LLC 2022 Qualifier 2 LIVE in India: Check out

In the Eliminator contest at the Barkatullah Khan Stadium here on Monday, the Kings’ batters out-muscled the Giants by chasing down a 195-run target in 18.3 overs to register a six-wicket win. 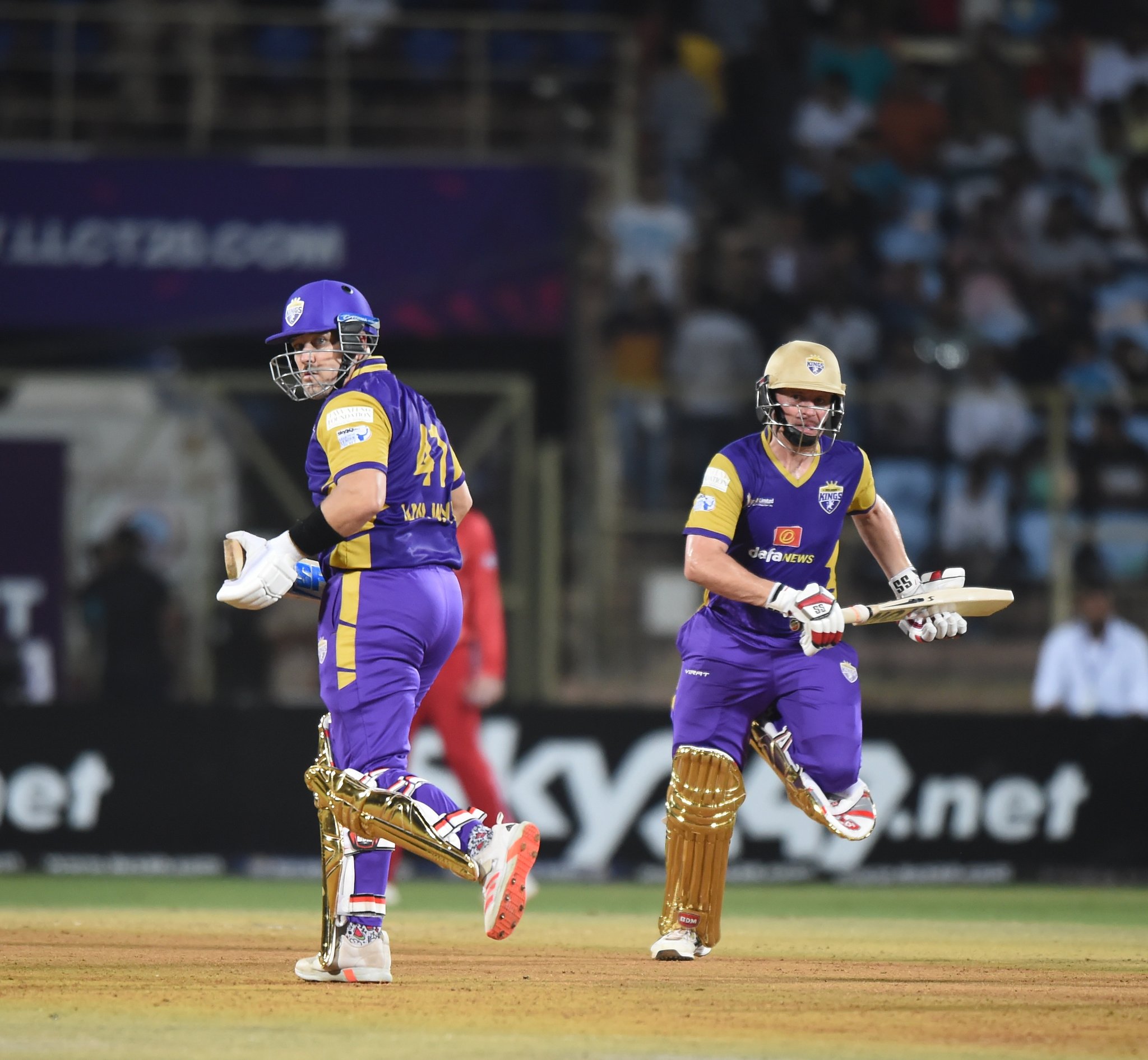 The Kings latched on to the chase from the very beginning of their innings as their openers — William Porterfield and Morne van Wyk — put on a terrific opening stand of 91 in nine overs. While Porterfield scored 60 off 43 balls, Van Wyk got 31 off 18 balls.

Once the openers were back to the hut, Shane Watson and brothers Yusuf and Irfan Pathan did their bit to help the Kings race to their target. While Watson remained not out on 48 off 24 balls, Yusuf (21 off 11 balls) and captain Irfan (22 off 13 balls) played crucial cameos. Former Australia all-rounder Watson looked in an explosive mood with two fours and five sixes.

Earlier, though Chris Gayle could not work his magic, the Gujarat Giants recovered well to post a challenging 194/9 in 20 overs.

Two brisk forties from Yashpal Singh (43 off 35 balls) and Kevin O’Brien (45 off 24 balls) after opener Tillakaratne Dilshan had got a useful 36 off 26 balls helped the Giants’ cause.

The Giants did not have the best of starts after electing to bat as they lost Caribbean superstar Gayle in the very second over of the innings to a run out. The Giants were in further trouble when Parthiv Patel, captaining the team on Monday, was dismissed in the fourth over.

Then Dilshan and Yashpal shared a crucial 45-run partnership to revive the team. But after Dilshan got out, Thisara Perera was gone for a duck as the Giants looked edgy at the halfway mark of their innings.

But Yashpal and Irish power-hitter O’Brien joined forces to pull the Giants out of the crisis. Employing their big hits to good effect, the two shared a 52-run partnership to boost the Giants.

The Giants also used the last five overs of their innings well as they stole 51 runs from them. But that clearly was not enough to intimidate the Kings.

The final, between the Capitals and the Kings, will be played at the Sawai Mansingh Stadium in Jaipur on Wednesday.