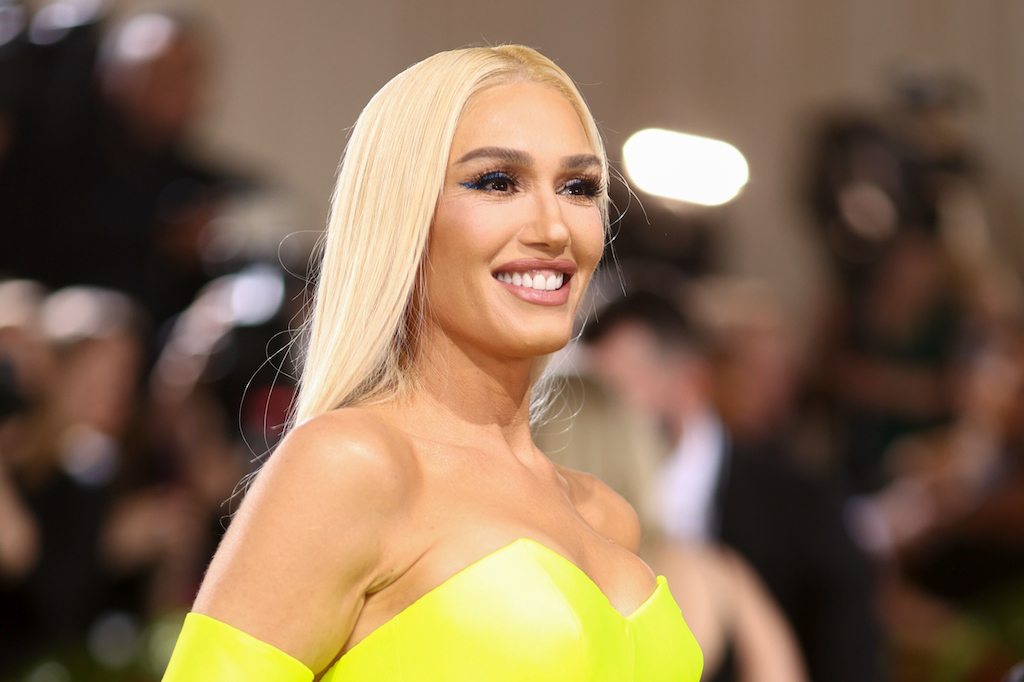 Gwen Stefani gives a lesson in wearing vibrant colors for the biggest night in fashion. The “Hollaback Girl” singer attended the 2022 Met Gala last night in New York City and sauntered onto the red carpet, where she posed boldly in an eye-catching look. Some other celebrities that appeared at the event include Kim Kardashian, SZA, Sarah Jessica Parker, Megan Thee Stallion and many others.

For the outfit, Stefani went with a neon yellow dress by Vera Wang that brought the drama and packed a vivid punch. The number consisted of a sharp plunging bralette that exposed a little bit of her midriff. The skirt had a bouffant design and also featured floral cutouts, a striking train and appliqués that added a fun, dramatic flair.

Stefani went monochrome and accessorized with gloves that matched the hue of her dress and contrasting eye makeup.

Although her shoes got covered up by her skirt’s billowing hemline, it’s safe to say that she wore a pair of pumps or heeled sandals that unified her bright ensemble.

Stefani has also strived to create a name for herself within the fashion industry. In 2004, she created her L.A.M.B. clothing, footwear and accessories line. She has also modeled in cosmetics campaigns for L’Oreal and Gxve.

The 2022 Met Gala’s theme is “In America: An Anthology of Fashion,” exploring the foundations of American fashion — specifically, identifiers of American style and individual designers. The exhibit will include 100 garments by independent designers and dressmakers from the 1800s to the mid-late 1900s in the Museum’s American Wing period rooms. There will also be “freeze frames” of film vignettes in each room, highlighting the aesthetics of eight different film directors: Janicza Bravo, Sofia Coppola, Julie Dash, Tom Ford, Regina King, Martin Scorsese, Autumn de Wilde and Chloé Zhao. Supported by Instagram and Condé Nast, the event raises funding for The Costume Institute’s exhibitions and future improvements. The exhibit will be open to the public starting on May 7, and — along with Part 1, which opened last September — close on Sept. 5, 2022.

Click through the gallery to see more Met Gala 2022 arrivals.