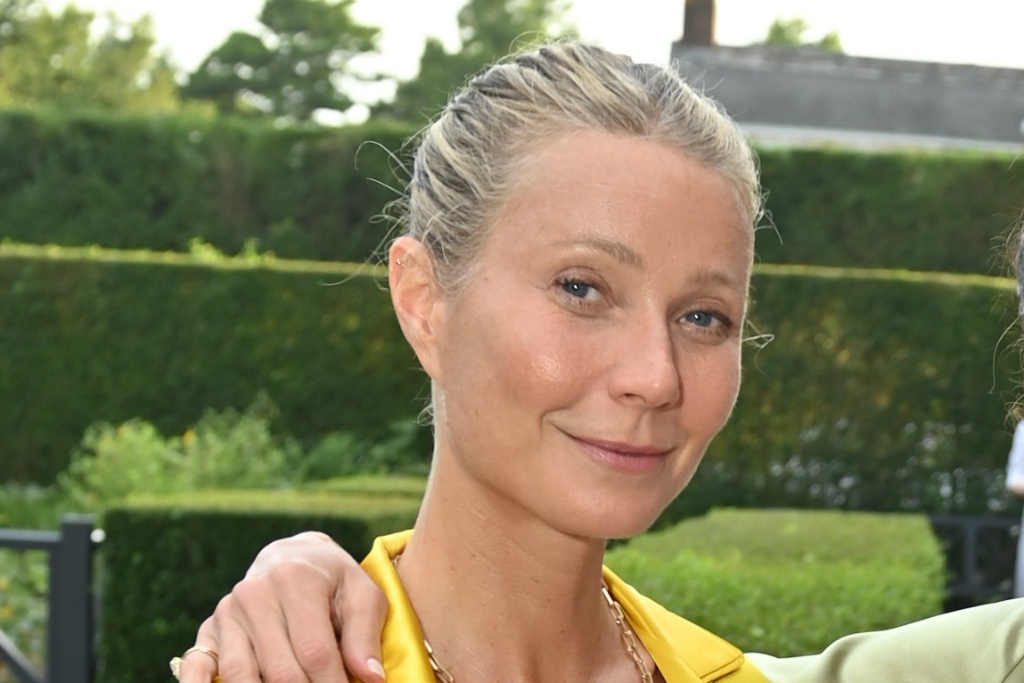 Gwyneth Paltrow took a relaxed approach to birthday style for her 50th — which she celebrated in Umbria, Italy.

The Oscar-winning actress shared a series of snapshots from her birthday celebrations on Instagram. Among the group of photos was one where Paltrow perched cross-legged on a kitchen counter, clutching a mug of tea. For the morning moment, she wore a beige robe with front pockets. Adding to her outfit’s cozy nature was a printed gray and pink top, as well as layered gold rings.

When it came to footwear, the Goop founder appeared to be wearing a chic pair of flat beige slippers, complete with lightly embossed uppers and almond-shaped rounded toes. The style provided a clean base for the rest of her ensemble, while remaining tonally monochrome. In other photos from her weekend, Paltrow went on a road trip, drove in the rain, explored vineyards, and visited designer Brunello Cucinelli and his daughter, Carolina.

In the first selfie from her weekend, Paltrow sat onboard her flight in a relaxed white T-shirt and eyeglasses with a gold pendant necklace featuring a rounded textured charm. Beforehand, she notably kicked off the festivities by cooking a frittata in a Vogue YouTube video — affectionately deemed a “boyfriend breakfast.” Her ensemble for whipping up a meal in the kitchen? Naturally, current-season Gucci: a pale pink midi skirt and bra top covered with “GG” monograms, topped with a mesh long-sleeved blouse and gold chain-link necklace.

The “Shakespeare in Love” actress often opts for whimsical and slick footwear on the red carpet. Her ensembles are frequently paired with neutral, colorful or embellished stiletto sandals or pumps, hailing from luxury brands including Le Silla, Alexandre Birman and Gucci. She’s also been known to sport chic boots for formal occasions, like recent styles by Larroude. Off-duty, Paltrow’s footwear is equally wide-ranging, encompassing Alexander McQueen and Hoka One One sneakers, Roger Vivier loafers and Birkenstock sandals.

PHOTOS: Discover Paltrow’s red carpet style over the years in the gallery.