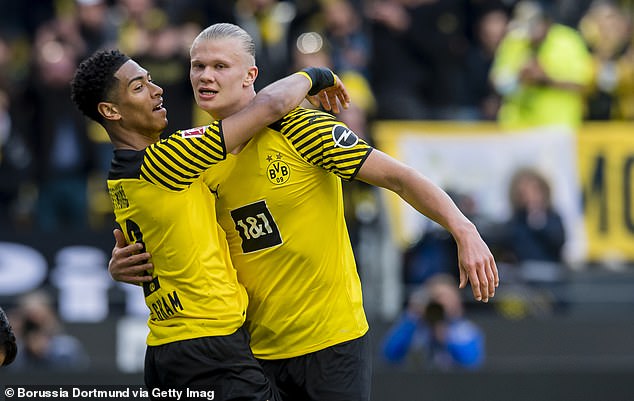 Erling Haaland will make a decision on his future ‘in the next week’, as Dortmund chief Sebastian Kehl admits he ‘wouldn’t be surprised if he moved’… with Man City set to trigger striker’s £63m release clause this summer

Bundesliga outfit Borussia Dortmund are readying themselves for the departure of star striker Erling Haaland, with ‘clarity’ around his future expected next week.

That’s the view of sporting director Sebastian Kehl who also admitted that he would not be surprised if the Norwegian striker left the club this summer.

Sportsmail reported last month that Manchester City had taken a significant step forward in negotiations with Haaland’s representatives and that a £500,000 a week financial package had been agreed with the reigning Premier League champions. 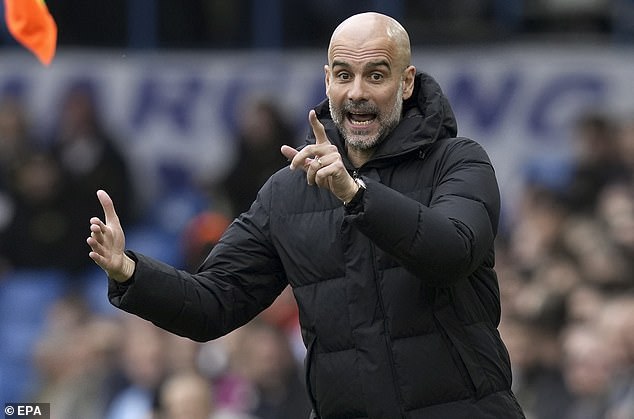 The report also indicated that City were ready to activate the Norwegian striker’s £63million release clause and offer a five-year deal.

Whilst Manchester City are reportedly leading the way in the chase for one of football’s hottest properties, as yet, there has been no official announcement on the next destination of the striker.

‘I think there will be clarity in the next week,’ Kehl told German broadcaster SPORT1 when asked about Haaland’s future.

‘I wouldn’t be surprised if he moved on in the end.’ 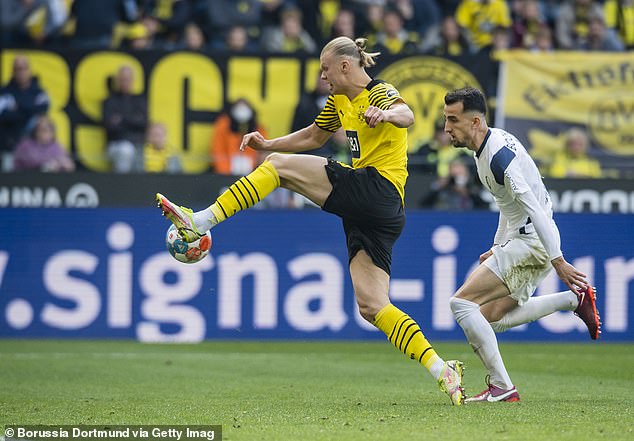 Haaland had been linked with a host of clubs including Real Madrid, Barcelona and Paris Saint-Germain but it looks as though City are frontrunners to win the race for his signature.

A £63m fee for Haaland represents a bargain price in today’s market for one of the most sought after players in world football. The release fee clause was inserted into the contract Haaland signed under late agent Mino Raiola.

Dortmund are already planning for life after Haaland and are looking to boost their attack, starting with the acquisition of RB Salzburg starlet Karim Adeyemi.

On Adeyemi, Kehl added: ‘I assume that we will make progress with Karim this week.’