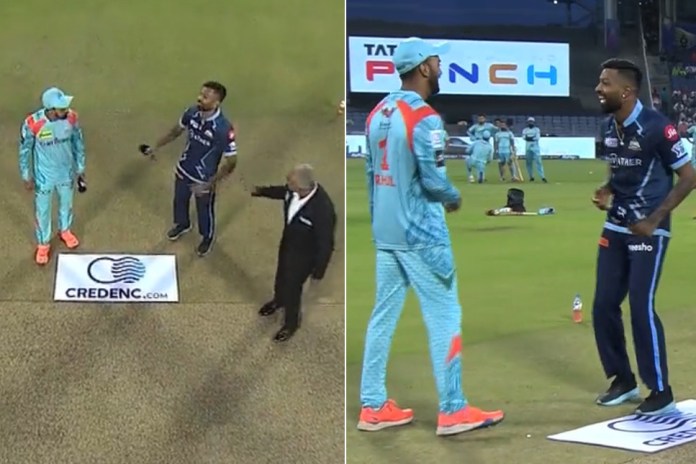 Notably, the coin was in Rahul’s hand and as he tossed it, Hardik Pandya’s call was not properly audible. It landed on heads and Hardik claimed he had won the toss, but Rahul was not convinced at all.

The Lucknow Super Giants skipper felt Hardik had called tails when he tossed the coin and even asked the match referee, Narayanan Kutty, to clarify. “Tails bola na? (He said tails, right?)” Rahul asked the referee, but he was then told that Hardik indeed had called for heads and he had won the toss fair and square.

#GujaratTitans have won the toss and they will bat first against #LSG.

The long-time friends enjoyed this banter, Hardik more than Rahul, and old cricket fans might have remembered about an incident that happened in 2001, where India was playing against Australia.

In the third ODI of the series, which was being played at Indore’s Jawaharlal Nehru Stadium, the then Indian skipper Sourav Ganguly called tails, but the coin landed on heads. Ganguly was convinced it landed on tails and even claimed “You can see the number (on the side where it landed). So, it must be tails.”

Interestingly, the match referee came to sort out the situation there as well as he explained to Ganguly that the coin had indeed landed on heads, and Australian skipper Steve Waugh had won the toss. However, it proved to be an insignificant toss as India won that game in any case, thanks to Sachin Tendulkar’s 139.