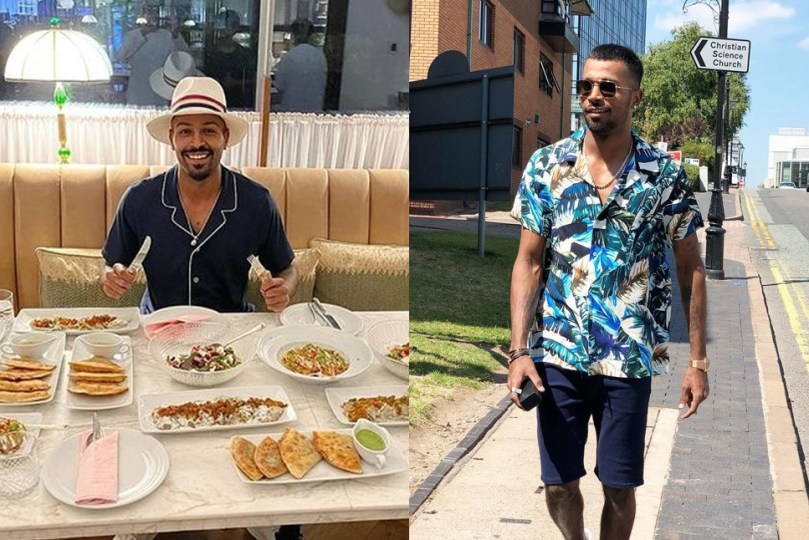 Hardik Pandya Diet: ICC T20 World Cup: There is no secret in the fact that flamboyant India all-rounder Hardik Pandya is a…

Hardik Pandya Diet: ICC T20 World Cup: There is no secret in the fact that flamboyant India all-rounder Hardik Pandya is a fitness freak. The star cricketer takes his private chef everywhere he goes. That chef regulates the food which Pandya eats in a day and properly accounts for the number of calories that he intakes. It might look over the board for some people. But for Hardik Pandya, it’s just a part of his dedication to his job. For more updates about ICC T20 World Cup follow InsideSport.IN

Hardik is probably the most vital clog in current Team India’s machinery, especially in white-ball cricket. Ahead of the next month’s ICC T20 WC in Australia, here we look at how he maintains his physique and fitness to continuously perform at such high levels.

Speaking to Sanjay Manjrekar during the Asia Cup, the commentator asked if he goes out to eat in Dubai and if he goes, what places he likes to eat. To this, Hardik replied that he takes his chef along wherever he goes these days. Pandya said, “My chef keeps an account of my calories and he decides what will be right for me to eat”. Once upon a time, this thing may seem going very over the top.

But if Hardik carries a private chef, who keeps an account of each of his calories, then there is no harm in it. It is not that the rest of the team does not get nutritious food. Each team sends its menu prepared with the advice of experts according to their needs and habits, to the hosts in advance. Maybe Hardik’s needs are completely different from the team.

It is to be noted that in October 2019, Hardik had undergone surgery for a serious problem in his lower back. It is not easy to recover from such surgery. On that, if one is a fast bowling all-rounder who has to take wickets while bowling at a speed of 130 kilometers and then contribute to the team with the bat, then recovery can be fairly difficult.

It is possible that Hardik had to avoid many things for a full recovery. And that is why he has to take care of every calorie while eating. To do this work, Hardik has to travel with a private chef.

From Sunil Gavaskar to Ricky Ponting, many legends and experts of the game have said about how important it is for Hardik to stay fit for Team India. Gavaskar has even said that Hardik can prove to be the ‘Shastri of 1985’ in Australia. In 1985, India won the only World Championship of Cricket title in Australia.

That seven-nation championship was no less than a World Cup. All-rounder Ravi Shastri played an important role in India’s title win. He was also declared player of the series.

One of the basis for assessing how balanced a team is in the World Cup battle is how many quality all-rounders are in that team. If you are a fast bowling all-rounder, then that’s the icing on the cake. Such all-rounders are like precious diamonds for any team.

When India won the 1983 World Cup, apart from captain Kapil Dev, Mohinder Amarnath also played a big role. Both of them were good all-rounders. Amarnath’s all-around game came in handy for India in both the semi-finals and the final. Amarnath was the player of the match in both.

Similarly, Yuvraj Singh, the hero of India’s World Cup victory in 2011, played amazingly with both bat and ball and was the player of the tournament. The all-rounder also played a major role in India’s maiden T20 World Cup triumph in 2007.

If the Indian team repeats history this time, then it will once again be buoyed on the shoulders of an all-rounder. And the most quality all-rounder that India currently has is – Hardik Pandya.

Now with all the aforementioned facts, Indian fans would pray that Hardik’s chef continues to feed him the food he wants. Post-injury, the all-rounder’s body and mind have been cheerful and with his performance, one could expect Team India to return home with the T20 World Cup trophy after 15 years.