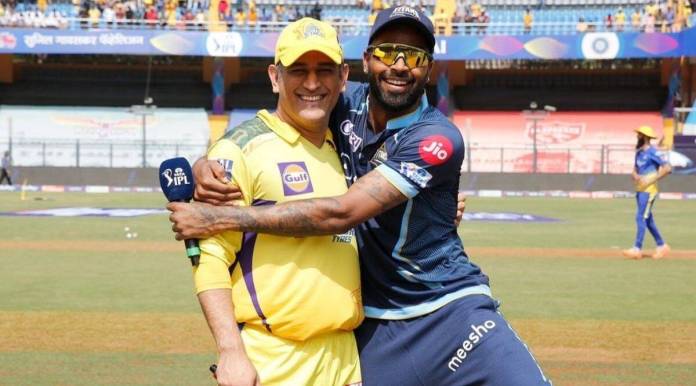 IND vs SA: India vs South Africa Live Updates – Indian all-rounder Hardik Pandya, who has recently earned the tag of ‘new captain cool’, has revealed how the original captain cool Mahendra Singh Dhoni saved his international career. Despite a poor debut for India, Dhoni took a big gamble by selecting Pandya for the 2016 ICC Cricket World Cup and it paid off brilliantly. Follow IND vs SA live updates, India vs South Africa live updates on InsideSport.IN.

After winning the IPL 2022 trophy with Gujarat Titans, Pandya is getting compared to MS Dhoni in terms of style of captaincy. Incidentally, it was only because of Dhoni’s captaincy that the all-rounder from Baroda became a superstar, as his debut was not worth remembering. Playing a T20I game against Australia, he conceded 21 runs in his first over and could easily have been axed from the team, but Dhoni decided otherwise.

Reminiscing the incident, Hardik told SGTV Podcast “The kind of debut I had – I think I am the first cricketer who had gone for 21 runs in his first over – I genuinely felt that ok, this might be my last over. But I was very blessed and lucky to play under Mahi bhai who showed lot of trust in us which has helped us reach where we did.“

“When I joined the Indian team, I saw guys whom I had seen growing up – Suresh Raina, Harbhajan Singh, Yuvraj Singh, MS Dhoni, Virat Kohli, Ashish Nehra. Even before I played for India, they were the stars. For me, when I went there it was a big thing,” he further added.

Furthermore, Hardik also revealed now Dhoni played a crucial role in his selection in the Indian squad for World Cup, by saying “Just after the third game of my international career, Mahi bhai told me you will be the World Cup team. So for me, to play World Cup or to get to know that in the third game I just got to know about this.“

Meanwhile, Hardik has been selected for the upcoming five-match T20I series against South Africa. He had an excellent IPL 2022 campaign, both as a captain and as a player, and Indian fans would expect him to show similar form against the Proteas as well.