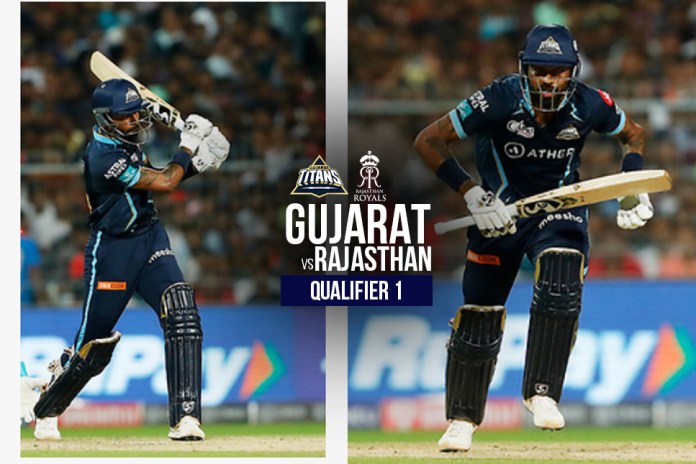 GT beat RR Highlights – Hardik Pandya Success Mantra: Gujarat Titans (GT’s) is in FINALS of IPL 2022. According to captain Hardik Pandya the reason for GT’s success in that entire team prays for each other’s success. Pandya was also effusive in praise of Six Hitter David Miller and Spin whizard Rashid Khan. GT defeated Rajasthan Royals by 7 wickets to make it to the finals of IPL in its DEBUT-SEASON: Follow GT vs RR Highlights and IPL 2022 LIVE Updates on InsideSport.IN

“I was saying to (Man of the Match) David Miller as well, if you have good people around you, you get good things. It’s been that story for us. I genuinely see even the players in the dugout praying for them to make sure they do well. That is something fantastic and that is the reason we have reached where we have reached. It’s all about making sure we respect this game.”

He also credited Rashid Khan’s performance. “Rashid has been fantastic throughout the season. But I’m proud of Miller and the way we have played,” Pandya said.

“I’ve started to balance things in my life… Has been a constant effort through the last couple of years. In the end, my family, my son, my wife, and my brother (Krunal) as well have played a big role,” Pandya said.

“They kind of allowed me to get neutral in life. I look forward to go home and spend some time with family, and that’s made me a better cricketer as well.

“I don’t have much feeling right now. Trying to be neutral again I’ll say. All the 23 players are different characters, bring different things to the table,” the winning captain said.

Royals captain Sanju Samson said they had a good total but the Titans deserved all the credit for chasing it down.

“Scoring that kind of a total on this wicket in these conditions, against that bowling attack was a great performance by our batters.”