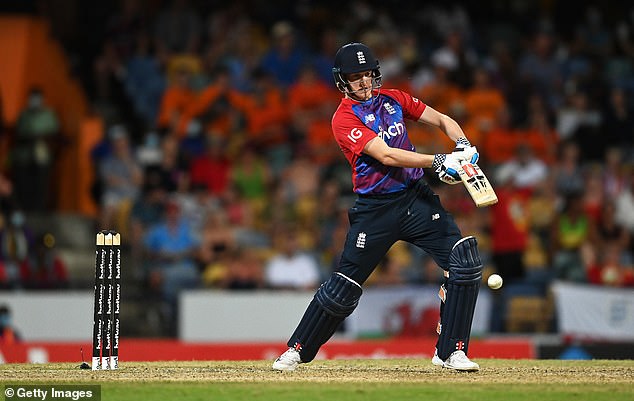 Harry Brook’s international debut came about in such unprepared circumstances that his grandmother Pauline – the only family member present in Barbados to witness it – hadn’t realised it was happening.

Scanning the dugouts at the Kensington Oval, she could not distinguish the 23-year-old amongst England’s bib-wearing brigade. She was soon to discover it was because he wasn’t kitted out in fluorescent attire but on the field as a last-minute replacement for captain Eoin Morgan, who had failed a pre-toss fitness test.

‘My dad, sister and uncle didn’t come out until the following day and although she was there, she didn’t know I was playing. Then again, I only found out half an hour before the start, so I didn’t have time to message her,’ Brook smiled. 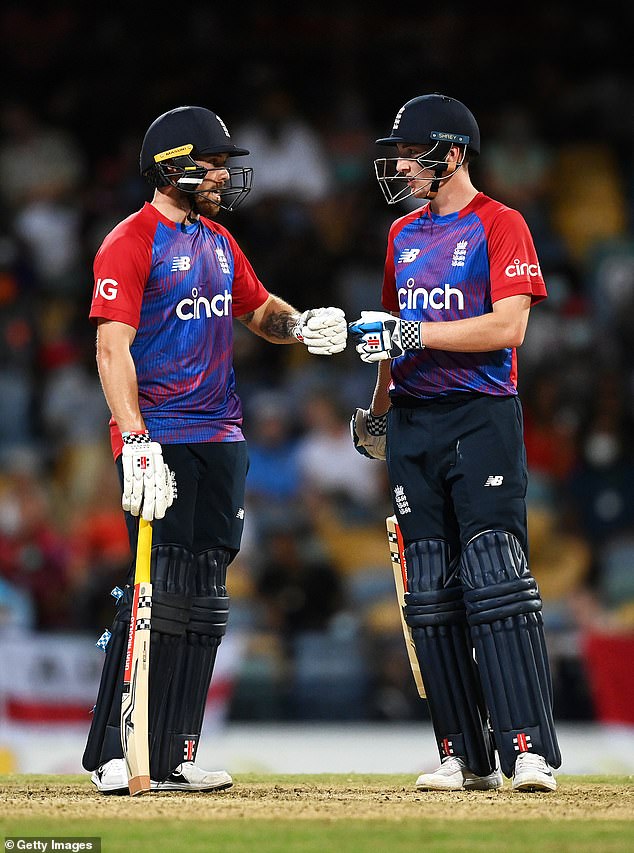 ‘She’s travelled around the country and around the world to watch me play, so I’m glad she was there. Hopefully, I’ll get a few more caps for her in the future.’

Brook, the latest batting talent to emerge from Yorkshire, made an unremarkable 10 from 13 balls in a mid-series defeat to West Indies that January evening from an unfamiliar position of number seven. An innings at odds with the 49-ball hundred he made for Lahore Qalandars the following month, the second fastest in Pakistan Super League history, and many others in the Vitality Blast and Hundred over recent times.

Not that his run scoring exploits have been limited to white-ball matches. On Saturday, on just the 11th day of County Championship action for Yorkshire this season, Brook became the first player in Division One to pass the 500-run mark when he completed a career-best 194 against Kent at Headingley. There has been consistency: he has passed 50 on each of his first five visits to the crease. And he’s scored quickly too: a strike rate of 79 is the highest of the top 50 contributors. 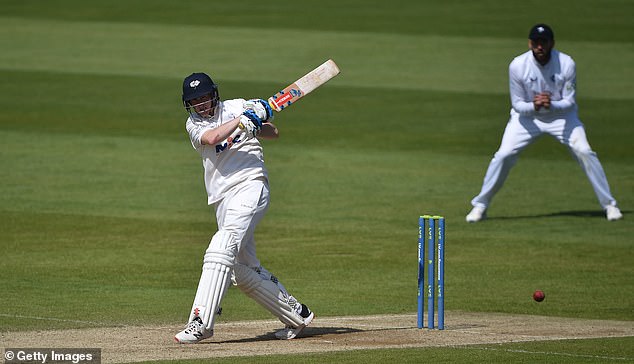 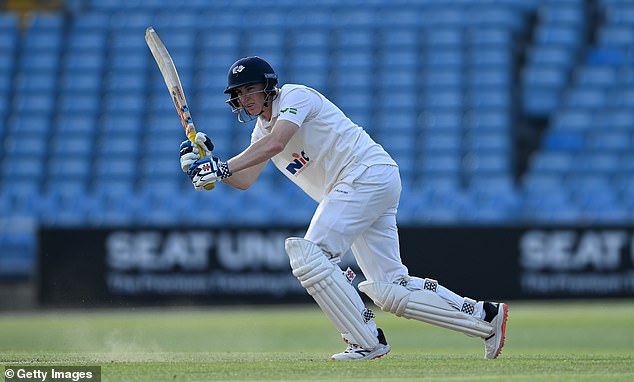 And so, with a place at number four up for grabs – county colleague Dawid Malan is now viewed as too old at 34 to be part of England’s red-ball reset while Essex’s Dan Lawrence’s fitness is uncertain due to a hamstring tear – Brook, Roses rival Josh Bohannon, who bats at a much more sedate tempo, and Nottinghamshire’s Joe Clarke will come under consideration to contest Ollie Pope, of Surrey, for the first Test squad of the summer against New Zealand on June 2.

Brook insists he is not looking any further than making the significant contributions that influence results for Yorkshire but is clear about his career priorities.

‘I still think that Test cricket is the pinnacle and the best format of the game standard-wise,’ he told the Mail On Sunday.

‘Having played in the County Championship for a few years now, the feeling of getting a win and scoring runs is so much more fulfilling. It feels like you’ve deserved it because you’ve worked hard for it over four days and Test cricket is called so because it is a test.’ 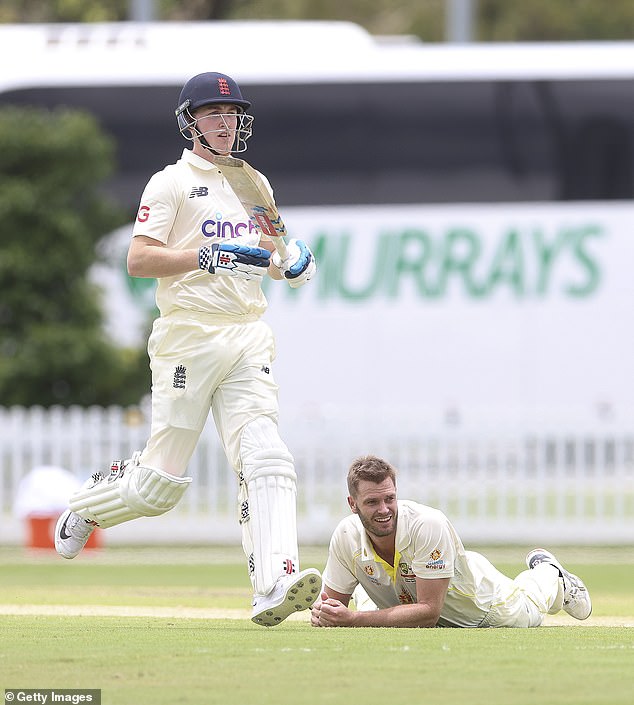 In 2021, his 797 runs at 37.95 represented his best season to date and with 50 first-class matches behind him, the work the former England Under-19 captain has done with Martin Speight, his coach at Sedbergh School, is clearly coming to fruition.

But he is also something of a magpie. Last year, batting alongside Joe Root taught him about pacing innings, and Brook said: ‘I’ve always looked at the best players in the world and tried to take bits from them, to take from their game and put it in mine. If they’re the best, why not?

‘Kane Williamson plays the ball really late when he’s defending, scores a lot of runs down to third man. I’ve got a similar trigger and set up to Gary Ballance – I set myself into a position from which I can play any shot – and I idolised AB de Villiers when I was younger, especially in T20 cricket, so I try to get funky with some of the stuff I do, like hitting the ball in weird areas and look to use the full 360 degrees of the ground.’ 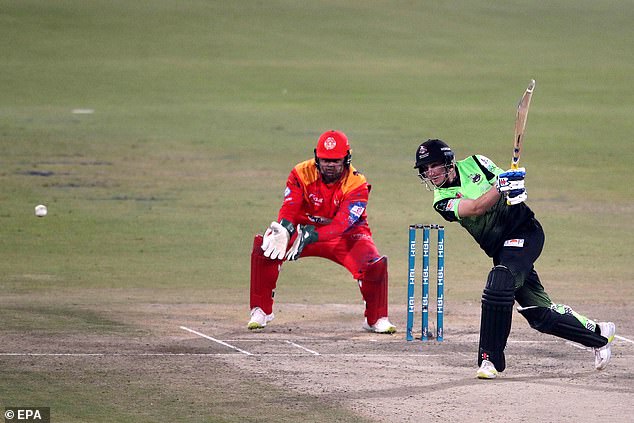 So, has he added anything since being called to the Caribbean as a standby player at the turn of the year?

‘Not necessarily cricket related, more maturity. When you get to a certain level it’s mental rather than technical stuff. How to score runs. Instead of looking pretty for 30 and getting out, I’ve been looking to score big hundreds and more runs generally. My reading of situations is better,’ he said.

‘Obviously if you get picked for your country and get the opportunity to potentially play, you can only take confidence from that. It was a really good experience out there, I enjoyed every minute of it and I do think I’ve come back from last winter a better player.’