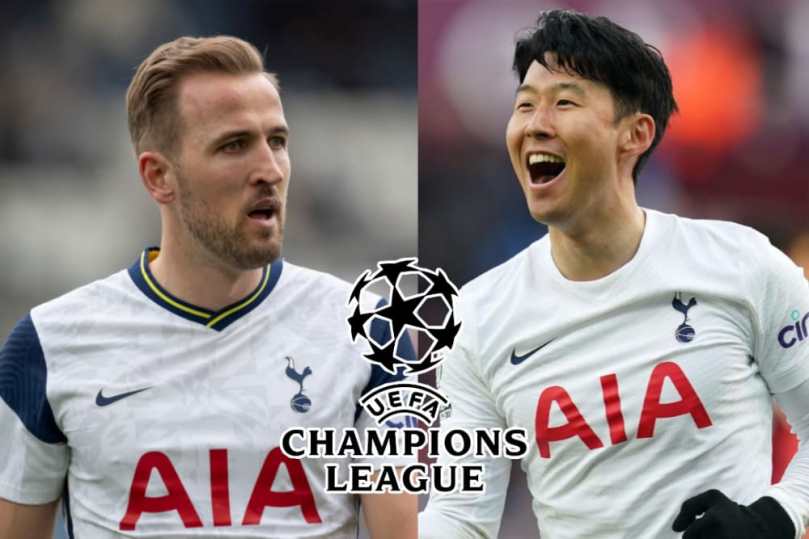 Just before kick-off, word filtered around the arena that unbeaten group leader Sporting Lisbon had lost 4-1 against Marseille, meaning either side could go equal top with a victory. Frankfurt dominated the early stages of the match, with Japanese midfielder Daichi Kamada pulling the strings up front while deputising for the injured Mario Goetze.

Captain Sebastian Rode had the home side’s best chance of the opening half and was set up just to the right of the penalty spot in the 18th minute, only for Spurs midfielder Ivan Perisic to get his head to a goalbound shot.

As the half went on, Tottenham looked more comfortable, appearing to shake themselves out of the funk remaining from their disappointing 3-1 derby defeat against Arsenal on the weekend – their first of the Premier League campaign.

The visitors’ best chances of the opening half fell to Kane, but the England captain was unable to connect, scuffing a shot when presented with an open goal in the 39th minute. Kane’s usual strike partner Son took matters into his own hands just one minute later, but he skied his shot over the bar.

Frankfurt roared out of the blocks after halftime, with Dortmund loanee Ansgar Knauff attempting an acrobatic finish when oneon-one with Tottenham goalkeeper Hugo Loris but going unrewarded in the early stages of the second stanza. Lindstrom had another golden chance to open the scoring in the 60th minute, but smashed the ball over the crossbar despite little pressure from the Tottenham defence.

Frustration crept in during the closing stages, Kane picking up a yellow card with five minutes to go for a charge on Makoto Hasebe.

Both sides finished with a point and are now equal in the group, with the return fixture in London on October 12 looming ever more crucial.