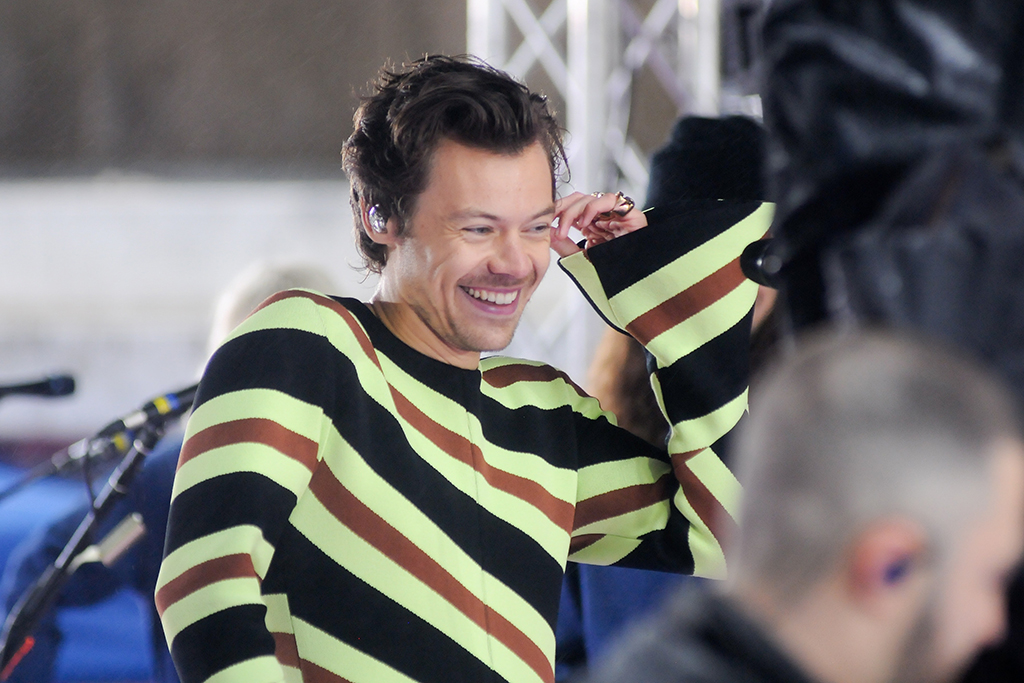 For the performance, the “As It Was” singer wore a striped neon yellow, brown and black one-piece jumpsuit by JW Anderson. The flare bottoms gave way for his black Vans low-top sneakers to show.

During the set, he sang his newest hit single off “Harry’s House,” “As It Was,” along with new track “Boyfriends.” The former One Direction member also performed 2019 singles “Watermelon Sugar” and “Golden,” as well as additional new songs “Late Night Talking” and “Daylight.”

Styles told “Today Show” hosts Hoda Kotb, Savannah Guthrie and Carson Daly that he chose his onesie outfit for the early morning and rainy outdoor performance because it was comfortable.

The last time he wore a jumpsuit was at Coachella Music Festival last month in California. He took the stage in a custom multicolored sequin jumpsuit by Gucci. The garment was inspired by a womenswear look from the brand’s “Love Parade” collection.

Another memorable jumpsuit moment came in April after Styles could be seen starring in the music video for “As It was,” wearing a red glittering jumpsuit. The custom look was made by designer Arturo Obegero and it created a 212% shopping surge for “Men’s Jumpsuits,” according to Love the Sales, a global fashion marketplace tracking demand and sales data, at the time.

For more of Harry Styles statement-making outfits through the years, click through the gallery.