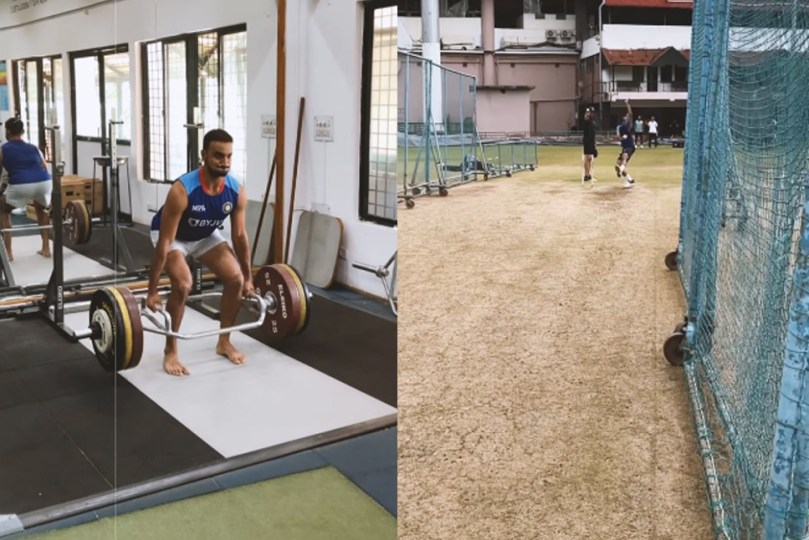 India T20 WC Squad: Harshal Patel Injury, IND vs AUS T20 Series: Indian pacer Harshal Patel is preparing for his comeback in the India squad as he recovered from his rib injury. The Indian pacer took to social media to post videos on his recovery. With India having finished their Asia Cup 2022 campaign, the focus will now shift to the upcoming series against Australia. Follow India vs Australia LIVE Updates on InsideSport.IN.

India will now focus on the upcoming mega ICC T20 World Cup where Harshal Patel is scheduled to play a vital role for the Men in Blue. Patel missed India’s tour of the West Indies and the Asia Cup 2022 tournament after suffering a rib injury. Now with the Australia series scheduled to start from 20th September, Patel is keen on making his comeback.

“His recovery is going great. In fact, he is very close to recovery. He is still at the NCA and will have a fitness test next week to understand how he is progressing. We hope that he will be available for the Australia series,” a selection committee member told InsideSport.

Harshal posted his recovery video where the Indian pacer was seen sweating it out hard in the gym. Patel was spotted doing dead weight lifting as the India pacer edges closer to making his comeback. Presently at the NCA, Patel needs to clear his fitness test before being included in the team. He was also spotted bowling in the nets.

His absence at the Asia Cup 2022 was felt badly. With Bhuvneshwar Kumar having a rare off day, Team India struggled against Pakistan. There was not enough experience in the pace bowling department. The situation was further complicated by injury to Jasprit Bumrah. Harshal is expected to play a crucial role in India’s T20 World Cup campaign in