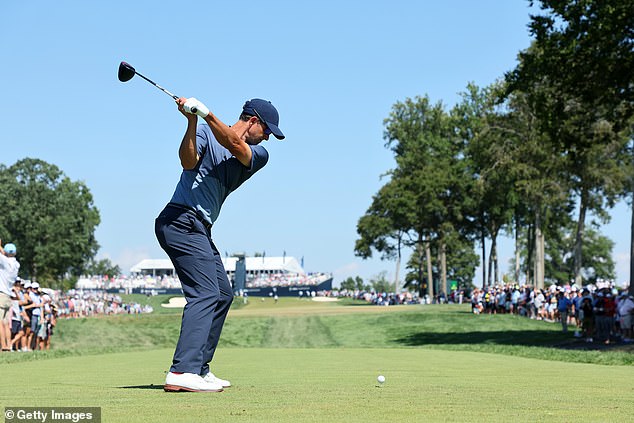 ‘Old man’ Adam Scott is taking a nothing-to-lose attitude as he seeks to convert his rich US PGA Tour’s FedEx Cup playoffs experience into victory on Sunday.

One shot in front overnight, Scott shot a two-under 69 on Saturday and will go into the final round of the BMW Championship – the second playoffs event – two shots behind the new leader, defending FedEx Cup champion Patrick Cantlay.

Australia’s former world No.1 Scott is tied fourth with current world No.1 Scottie Scheffler going into the final round at Wilmington Country Club, 45km south of Philadelphia.

Scott was all smiles post his third round with current golfer of the year Scottie Scheffler.

‘I think it’s all for me to gain and nothing to lose,’ Scott said.

‘I’ve kind of done a fair amount and I’ve been in these positions a lot.

All eyes are on World No.1 playing with me today and all the young stars, and I’m the old man getting dragged around.

I feel like it’s all a bonus for me.’ 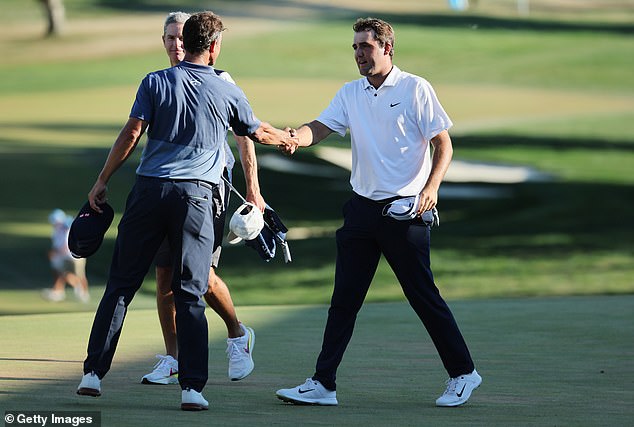 A distant 77th in the FedEx Cup rankings when starting the playoffs last week, Scott boosted his cause with a tie for fifth last Sunday and is now in the running to be among the top 30 players who make it to next week’s finale, the Tour Championship in Atlanta.

He’s currently projected to advance in 27th spot if he holds his position.

Scott can certainly draw on a ton of rich playoffs experience on Sunday.

He is one of only two players to qualify for the playoffs in each of the 16 seasons of the FedEx Cup era, along with American Matt Kuchar. 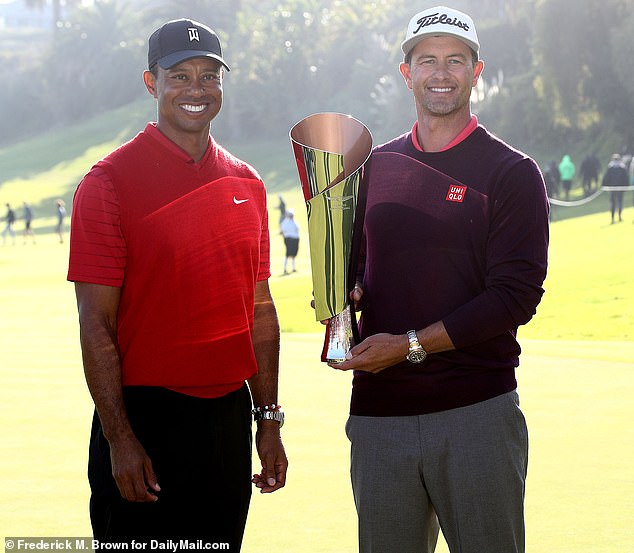 Tiger Woods congratulates Adam Scott on his 2020 Genesis Invitational win, where he edged out American Matt Kuchar by two strokes

The Adelaide local’s most recent tour win was the Genesis Invitational in 2020, his first in almost five years.

Fellow Australian Lucas Herbert shot a 68 to be tied 18th at five under while Marc Leishman shot 71 and is tied 34th on three under and Cam Davis is a further shot back.