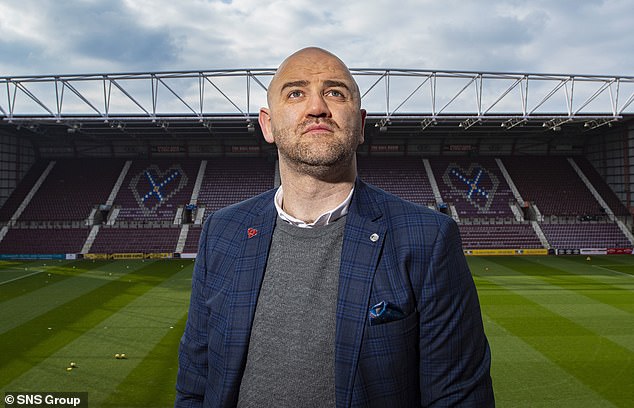 Joe Savage is a man with a passion for history but it’s the future he is planning to change.

For the uninitiated, Savage is sporting director at Hearts and has presided over the Edinburgh club’s startling transformation that sees them sit third in the Scottish Premier League with a Scottish Cup final to come and European football already secured.

Breaking the ‘Old Firm’ stranglehold is the goal and their current trajectory suggests they are at least on course. It’s certainly a far cry from fan protests that blighted the club a year ago amid demands for chairman Ann Budge to quit.

For that, Savage is quick to lay praise at the feet of manager Robbie Neilson.

‘The manager has done brilliantly,’ says the 37-year-old Savage. ‘When we got promotion from the Championship last summer he decided to flip his formation and tactics to make a greater impact on the Premiership and to suit the players we were bringing in. He wanted young, hungry players and told them he would provide a platform so they could showcase their talents in a good league with the challenge to take on Rangers and Celtic.

‘There is pressure to win here, the fans demand it and Robbie knows that better than anyone having played here too. He wants players who can thrive on that expectation and so far they have risen to it.’ 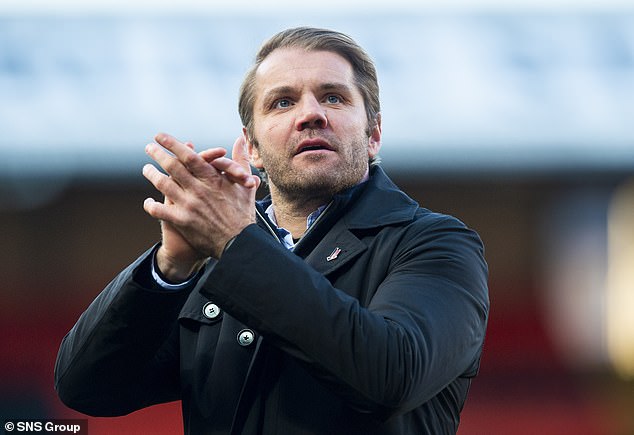 ‘We were on Zoom,’ says Savage, ‘and Robbie had talked up what we were about then asked Cammy how he likes to play and Cammy replied ”Oh I love to kick people! I don’t mind mixing it, I’m in it to win it.” Robbie was like ”he’ll do for me”.

‘It wasn’t about the aggression so much, it was that commitment; once he crosses that white line he’s going to war for his team.’

Savage struggles to contain his fervour for the task and it’s easy to see how, in tandem with Neilson, he has been able to attract young players not only from Australia but Premier League sides such as Everton, Liverpool and Brighton.

They convinced Beni Baningime to join from Everton by saying he would help them win the league, he replied ‘don’t worry I’ve got a point to prove’. Ben Woodburn was lured from Liverpool’s bench by the prospect of playing in front of 20,000 at Tynecastle in derby matches, plus being live on TV against Rangers and Celtic while Brighton’s Alex Cochrane signed after Savage and Neilson took him for lunch overlooking Edinburgh’s majestic castle, ‘when he left we knew we had him… who can resist a castle?’. Indeed. 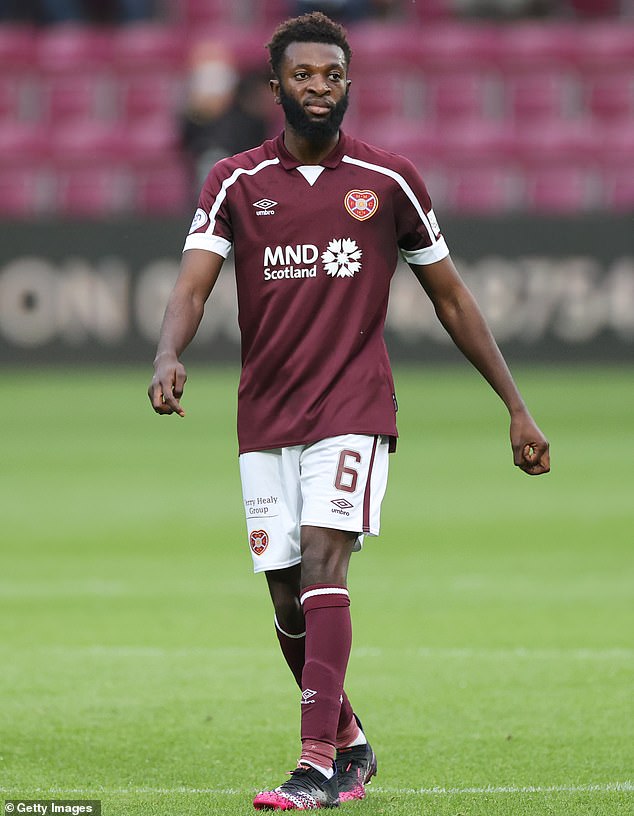 The attraction is certainly not lost on self-confessed history enthusiast Savage though.

After all, this is a man once so thrilled at seeing Scotland’s crown jewels that he was stopped by wife Yvonne from taking a photograph within the Royal Palace for fear they would be thrown out. Perhaps there is an analogy to be found in Hearts’ sporting director wishing to snap up gems in Edinburgh.

‘I love a castle,’ he laughs. ‘I’d live in one given half a chance although I don’t think Yvonne would be too happy. I love the thought of what has gone on before in those places with Kings, Queens, armies and the little secret passageways.

‘I’m wrapped up in the second world war at the moment, how Winston Churchill made his plans, how 1940 was such a pivotal year. I love listening to The Rest Is History podcast. Did you know King Arthur wasn’t real? I find it fascinating.’

Within minutes he is regaling tales of the Hearts players that volunteered for action in the First World War, the first British team to be called up en masse. Of the 16 who enlisted, seven were killed in action. A memorial outside the city’s Haymarket Station marks their bravery. 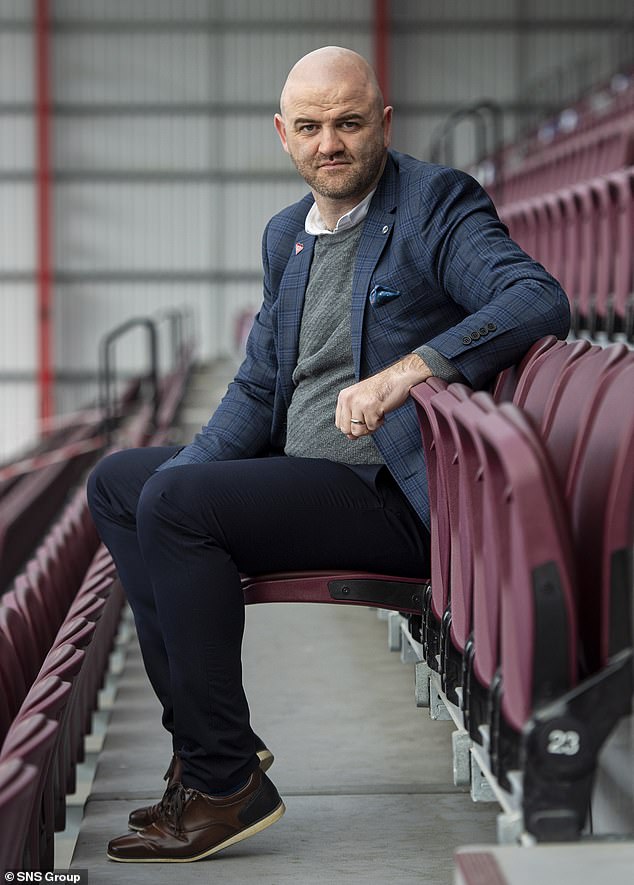 It’s fitting that the club’s past plays a part in attracting players of the future. Savage readily admits potential signings are handed a dvd which showcases Hearts’ rich history as part of the recruitment process.

His passion is clear but it’s not just his ability to absorb information, past or present, that has landed Savage in his current role.

After kicking off his post-playing career scouting for Hamilton Academical, Savage forged a reputation with recruitment roles at Norwich City as they earned promotion to the Premier League then Preston North End who flirted with the play-offs. There he established a network of contacts and relationships with clubs and agents from which Hearts are now benefitting.

‘Working within low budgets, scouting the lower leagues looking for gems that could be bought for under £1m, it all stood me in good stead, and it was time to take the next step up. 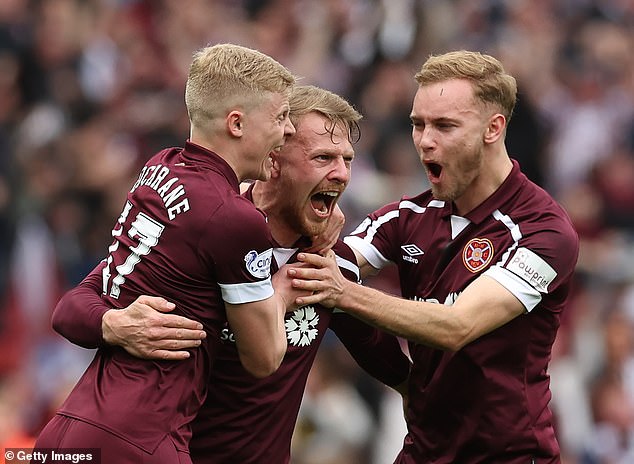 ‘So when I came here I was able to tap into those relationships at clubs such as Liverpool and Everton for example to bring players here. The Premier League is often about the now, younger players don’t always get the chance so that’s where we try to step in.

‘I’m not perfect, I’m still learning but I chose this role because I believed I could be good at it and I stand by that decision.

‘I think I’m a good listener and hope I’m a good communicator. It’s important to delegate so that staff can showcase their skills. They don’t want me to be telling them how to do their job, they want me to give them trust. 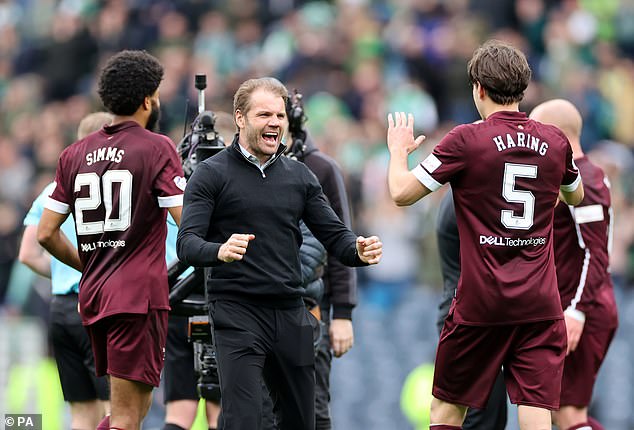 ‘I’d never force a player on Robbie for example but this isn’t just about recruitment, even if that’s what some people will judge me on. Europa League qualification could give us £3million but there are so many more facets to the club to budget for, whether it’s data analysis, the academy or women’s team.

We want to ensure all are coming together in the same direction. You’re not going to get everything right but the belief and intention is there.

‘We want to see the club back where it belongs, split the Old Firm hold on trophies and win things ourselves.’

Standing 19 points clear of fourth placed Dundee United and facing Rangers in the Cup final on May 21, the day before Savage’s 38th birthday, it’s evident Hearts are beating stronger once again.