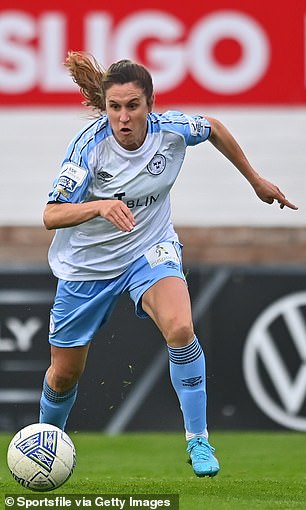 US Women’s soccer legend Heather O’Reilly laughs off abuse from angry Cristiano Ronaldo fans after she joked about how she’s in the Champions League at 37… and he isn’t!

US Women’s soccer star Heather O’Reilly could not resist having a dig at Manchester United forward Cristiano Ronaldo.

O’Reilly, 37, recently came out of retirement to join Irish side Shelbourne that will play in the Women’s Champions League this season.

The American, who is the same age as Ronaldo, could not help but poke fun at the Portugal international’s European misfortunes. 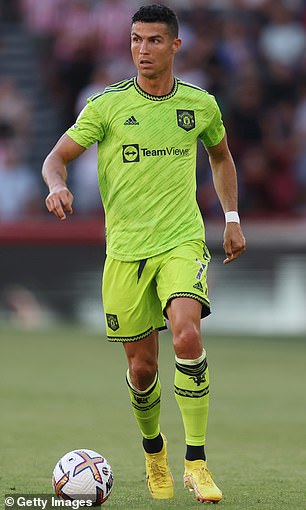 Ronaldo made a spectacular return to Old Trafford last summer but his blockbuster arrival could not help the Red Devils clinch a Champions League spot as they scrambled to sixth place in the Premier League.

O’Reilly seemed to be enjoying the fact that she was playing in the Champions League, while five-time winner Ronaldo was not.

O’Reilly seemed to be enjoying the fact that she was playing in Europe, while Ronaldo was not

Some fans appeared to take offense at O’Reilly’s dig as they hit back on Twitter. One wrote: ‘Ronaldo is Ronaldo. Heather you work at f*****g Walmart.’

O’Reilly laughed off the abuse, insisting she had only been joking in her initial Tweet.

She said: ‘bro it was a joke. Also like I don’t work at Walmart but if I did it would be ok.’

O’Reilly last played for the NWSL’s Courage in 2019 before retiring at the end of that season.

After participating in Soccer Aid this summer, she was inspired to return to the game and live out her dream of playing in the Champions League by former Arsenal manager Arsene Wenger.

Meanwhile, United and Ronaldo have suffered a nightmare start to the new season, losing their two opening Premier League games to sit rock-bottom of the table.

Ronaldo has endured a summer of discontent amid rumors the star forward is pushing to leave Old Trafford as he wants to join a club that can offer Champions League football.

But United is insistent that Ronaldo will not be sold in the final few weeks of the summer transfer window.

And the 37-year-old replied to a fan account on Instagram this week and accused the media of ‘telling lies’. 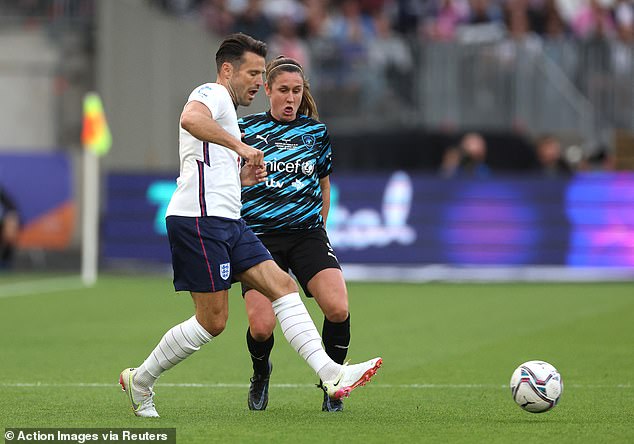 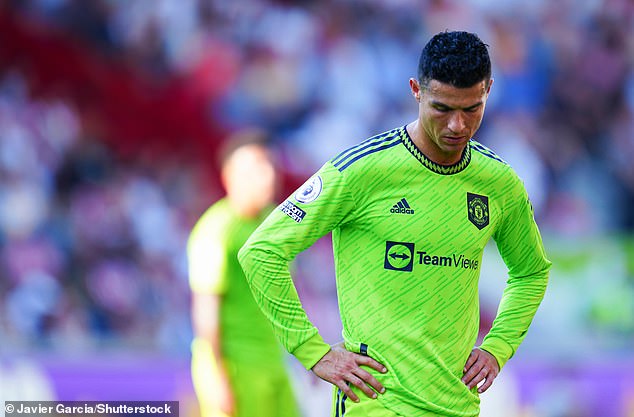 Ronaldo added that he has been keeping a tally of articles about him and only five out of 100 were accurate.

There are just over two weeks until the closure of the transfer window, which is seemingly when Ronaldo will give his side of events.

In his message, Ronaldo wrote: ‘They know the truth when they interview in a couple weeks. The media is telling lies.

‘I have a notebook and in the last few months of the 100 news I made, only 5 were right. Imagine how it is. Stick with that tip.’