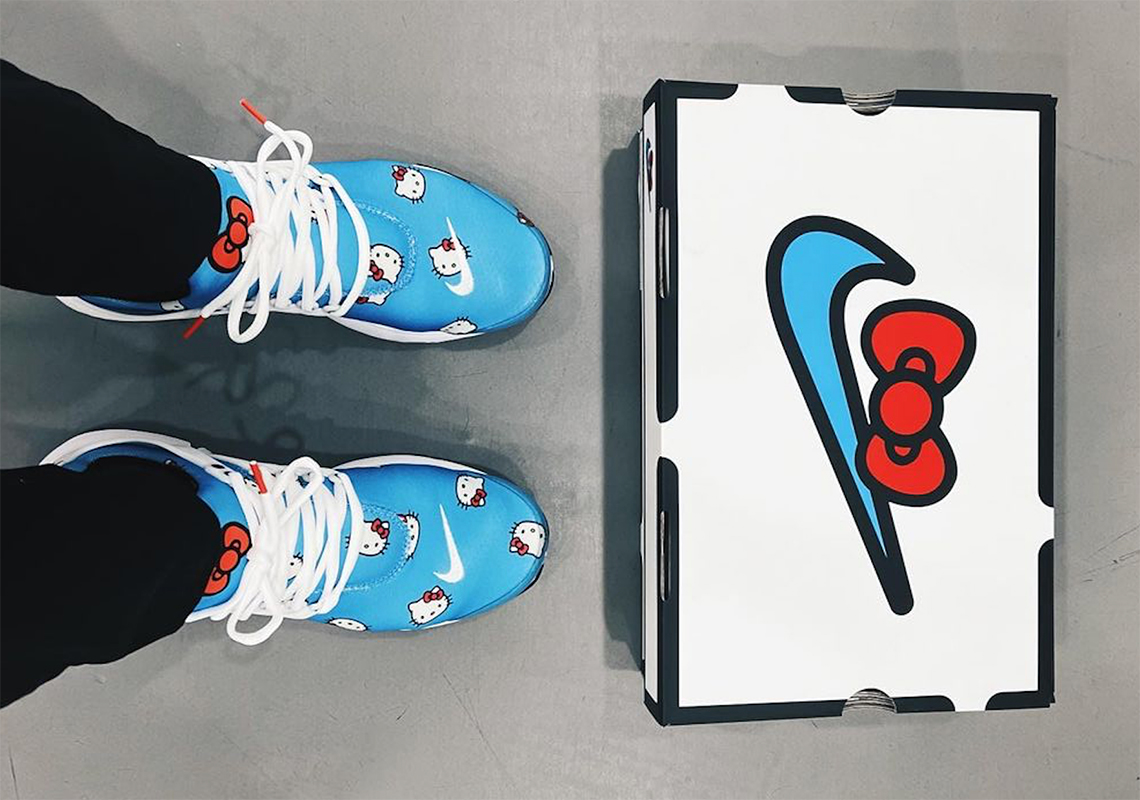 A true unicorn among sneaker collectors, the Hello Kitty Nike Presto will finally see a true retail release beginning in May 2022. The Hello Kitty Prestos originally surfaced back in 2004 and were intended to release in five different colorways in extremely limited quantities. However, plans changed and just twelve or so pairs of each colorway were gifted to friends and family of the brand.

A new colorway will debut at retail featuring a university blue, white, black, and light crimson colorway with the Sanrio character’s face dotted all around the upper. Special box packaging decorated in Hello Kitty ephemera will be included in this highly anticipated release, while insoles will depict the Japanese character watering a flower garden in front of a blue sky and a colorful rainbow. The heel is also modified to appear like Hello Kitty’s face.

This image provided by @mvncnt reveals a look at the shoes (more to come); stay tuned for firm release date information and official images and we’ll update you with a global store list. 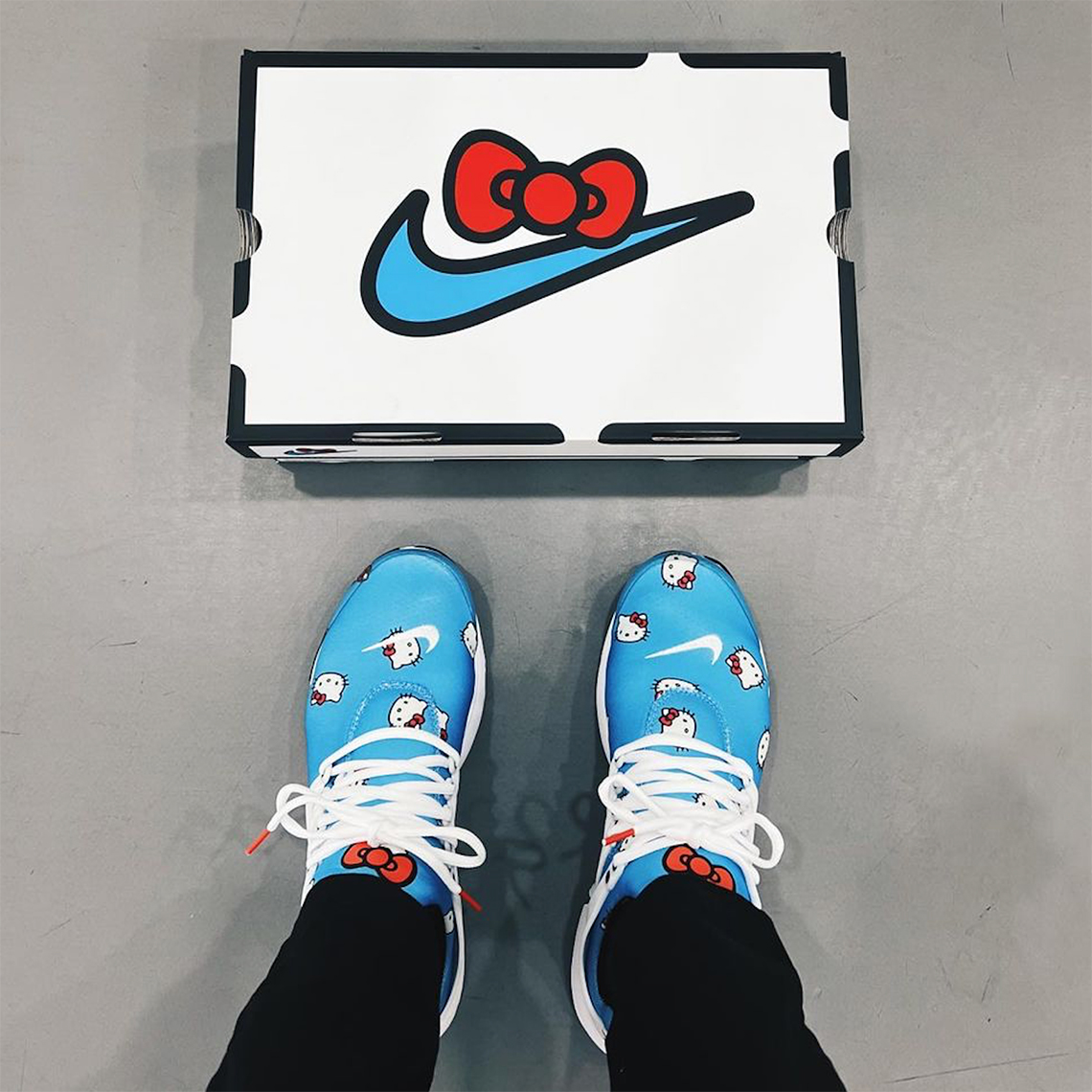 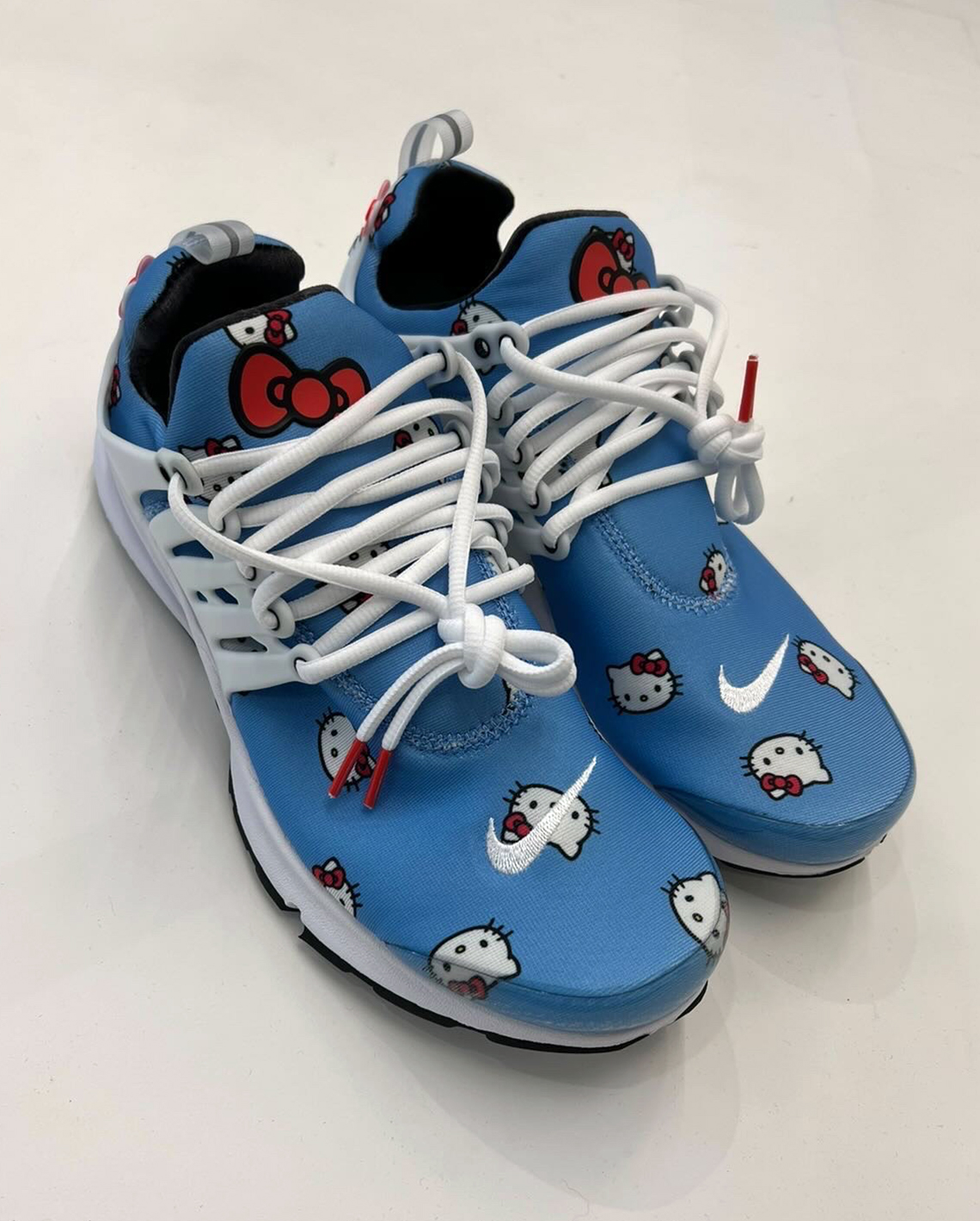 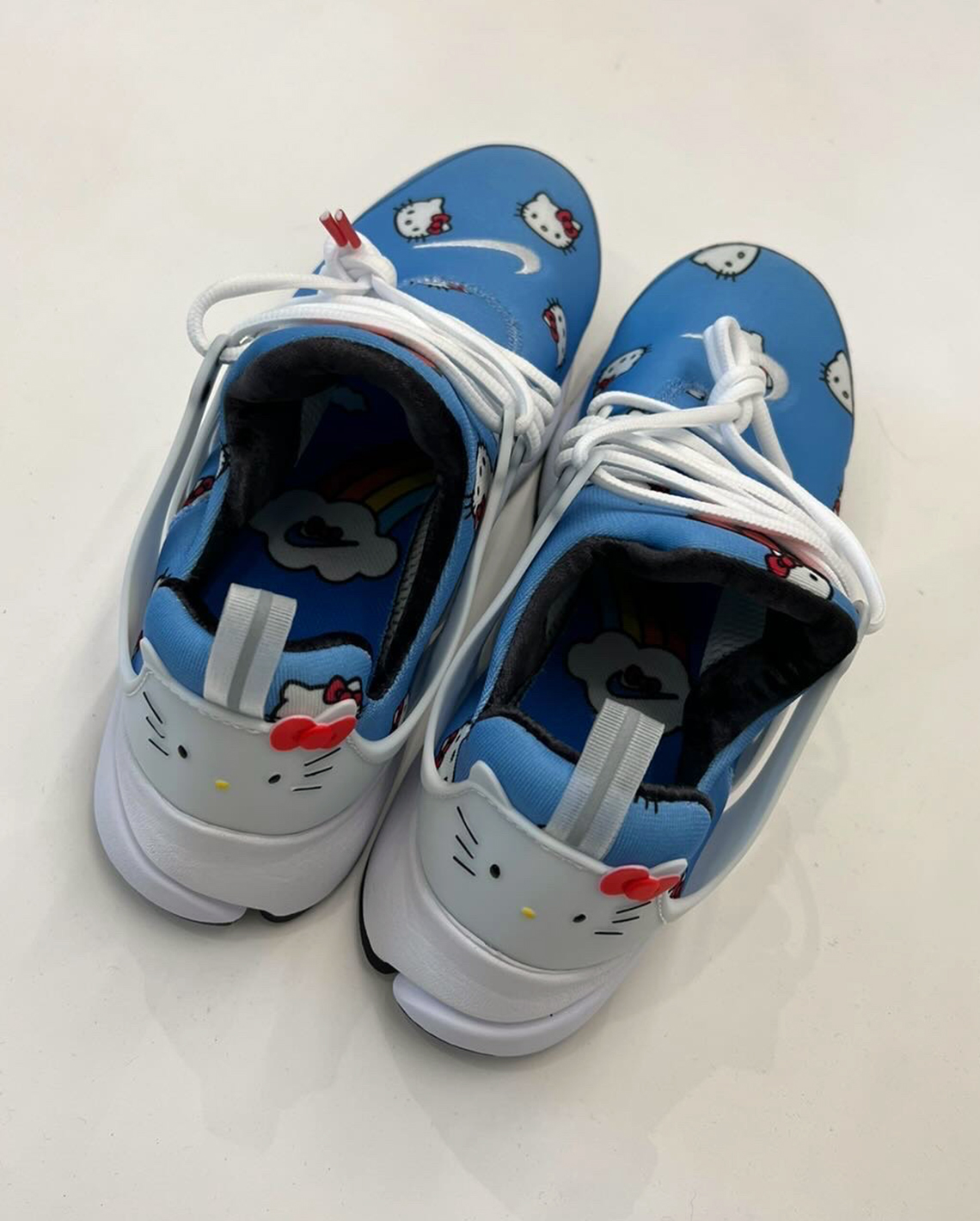 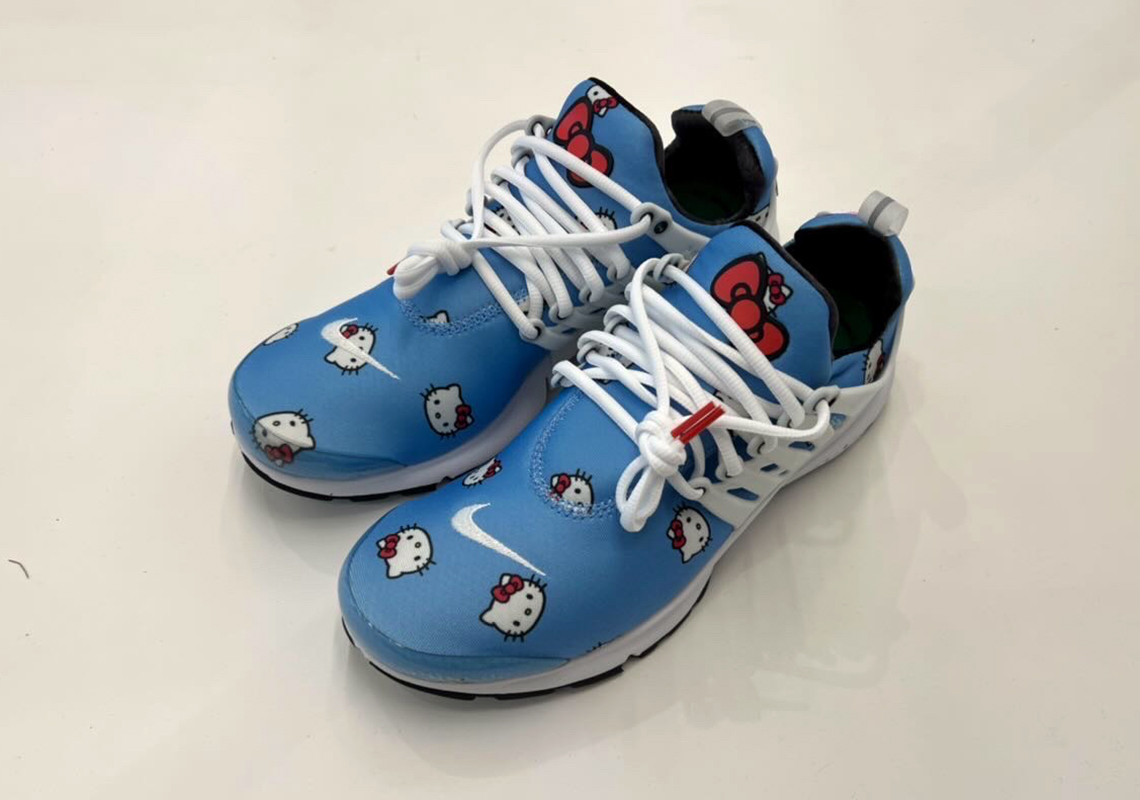 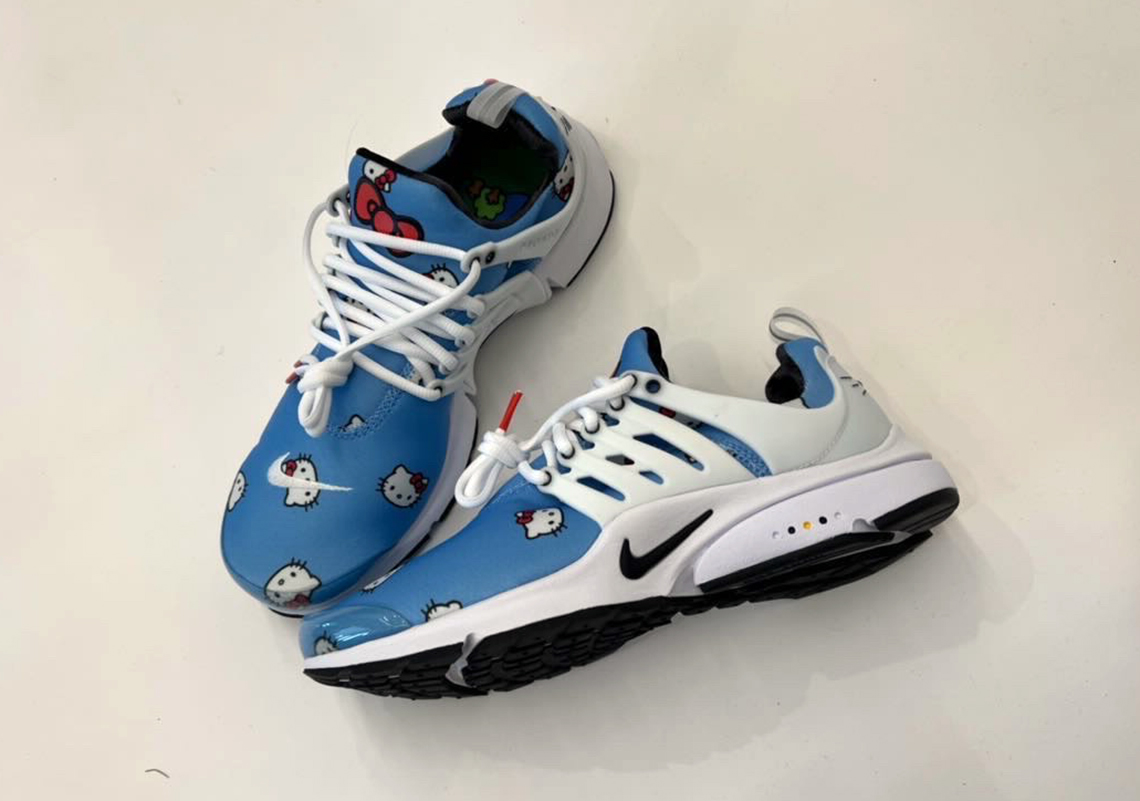 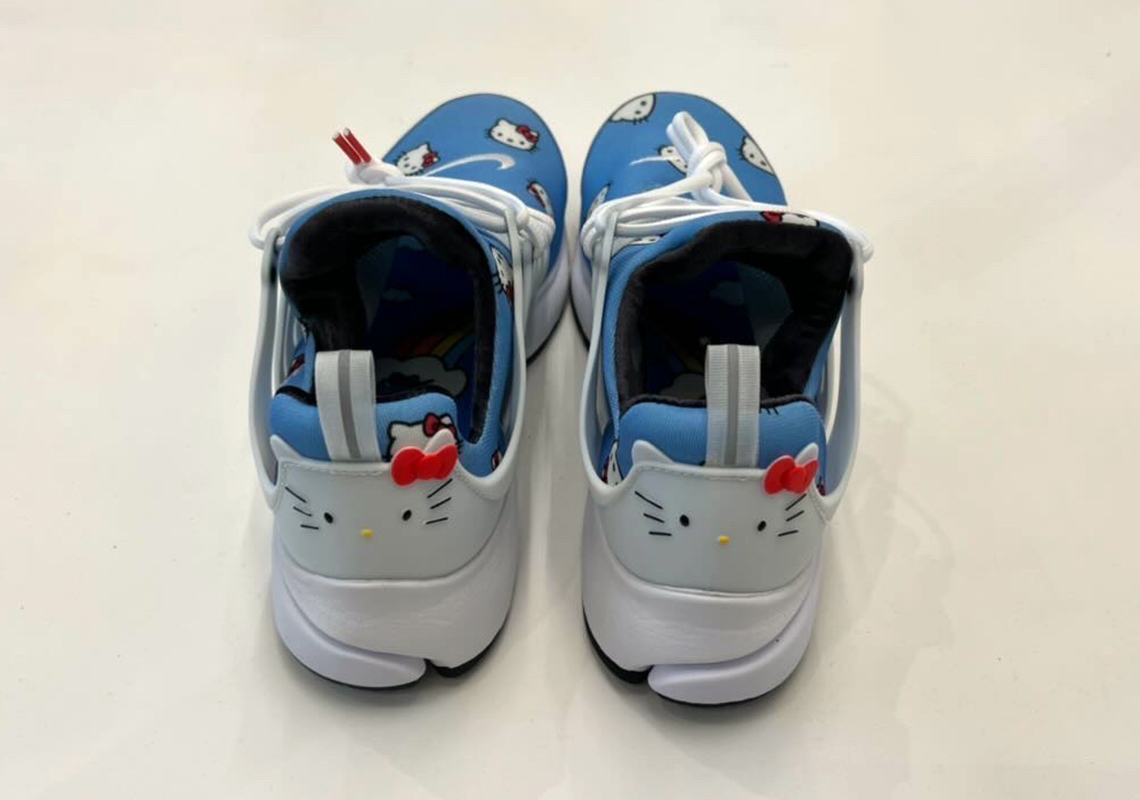