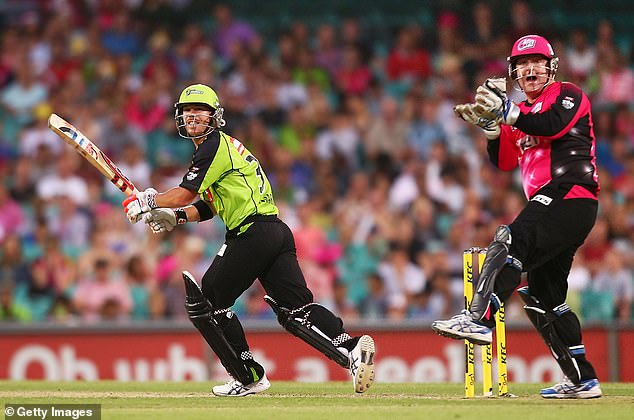 He’s back! Aussie cricket superstar David Warner finally returns to the BBL after a DECADE

Aussie cricket icon David Warner is staying down under this summer – signing a two year deal with the Sydney Thunder to secure his decade long resurgence to the BBL.

The 35-year-old has travelled across the world, playing for the best T20 sides in the IPL and Carribean Premier League.

Now, the exciting left-hander has decided to return back to where it all started in 2011 with the first season of the Big Bash League.

Warner is on contract with the green machine for the next two seasons, with the club saying he will take to the middle on five occasions the summer following his commitments with the Australian Test team.

Sources say the T20 blasters contract is worth a massive $340,000, meaning Warner will rack up near $70,000 for each appearance which will most likely be late January.

The father of three says he is looking forward to donning the lime green once again, having only played three games, his last in 2013. 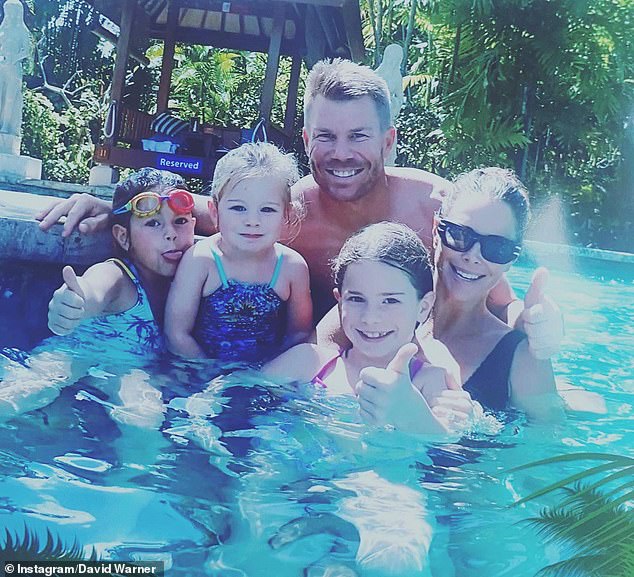 David Warner pictured with his three daughters, Indi, Isla and Ivy and wife Candice while on holidays

‘I’m really excited to get back to the Big Bash with the club where I started,’ Warner said.

‘I care deeply about the game, and I am conscious that the conditions that I enjoy as a professional cricketer have largely come from other senior players who have come before me.

That is how the game is structured and I understand that my contribution to the future of the BBL will hopefully benefit the next generation of players long after I am retired.

My ‘girls’ have told me that they’d love to watch me play at home and in the BBL.’

The huge Sydney Thunder spend is also a marketing deal for Cricket Australia, in a desperate attempt to keep our biggest domestic stars on home soil with the impending threat of a new T20 UAE League. 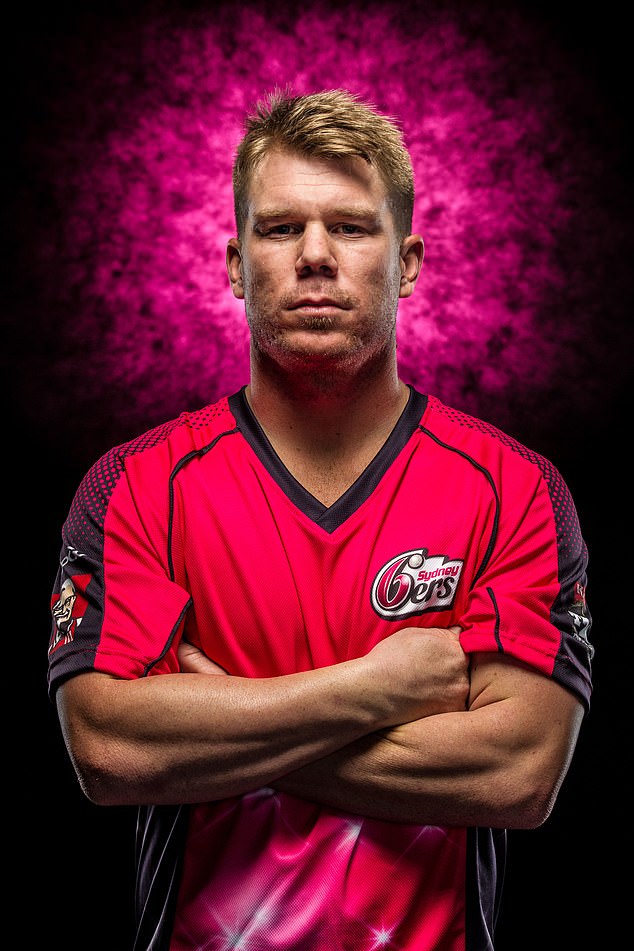 The former Sydney Sixer was named player of the tournament in Australia’s T20 world cup victory campaign and spent the winter over in India playing for the Delhi Capitals, averaging 48.

In his two cracks with the Thunder, Warner fired 102 not out off 51 deliveries and backed it up with a half century off 31.

It is believed Cricket Australia have taken on part of Warner’s illusive salary, as the Thunder weren’t unable to fit the star under their 1.9million cap. 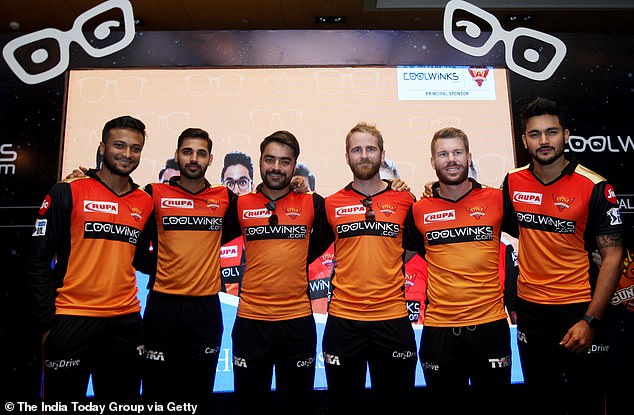 Warner pictured with his Sunrisers Hyderabad teammates, where he spent two seasons with the IPL club in 2014 and 2019

Warner has bashed 2684 runs at T20 international level, where he first represented Australia as a specialist big-hitter who transitioned to Test cricket.

The first game of BBL12 kicks off on December 13 in a battle of the greens, with the Thunder to take on the Melbourne Stars.